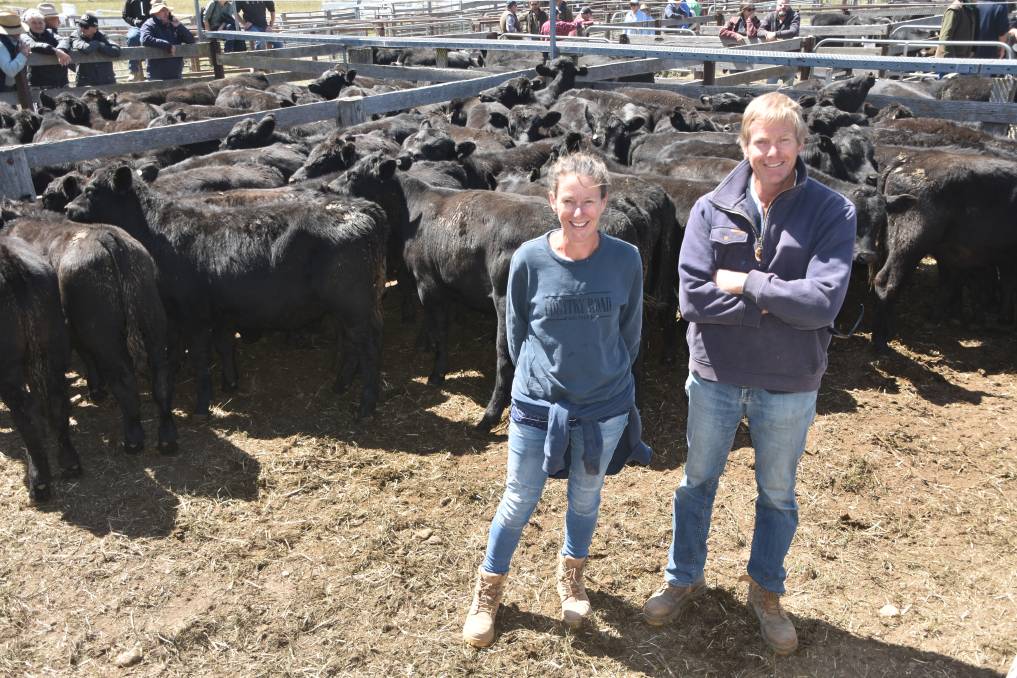 The romance of the Mountain Calf Sales in Victoria's high country was real for vendors this year as prices pushed above $2000/head.

Improved seasonal conditions and a shortage of cattle across the country pushed prices for weaner calves above $2000 a head at the Mountain Calf Sales in Victoria's high country this week.

Unlike previous years, it was hard to find a volume buyer in the mix as the hefty prices made it near impossible for large orders to be carried out.

In some cases, breeders were rewarded with more than a $250 premium on 2020 prices.

Consistent lines of calves - largely due to an abundance of feed throughout spring and summer - was also noted by many buyers and agents, who traveled from NSW, South Australia and all parts of Victoria to compete.

The five sales featured about 8000 calves from the high country with feedlotters out in force on calves with weight to support the pending winter feed market.

The week kicked off with the Hinnomunjie sale where 1100 mixed-sex weaners met red hot demand.

"I've never seen this many people at a sale up here," he said.

"The prices are so extreme and everyone is so pleased for the breeders up here, they've been through drought after drought and then they get the bushfire thrown in." CALF SALES: More than 8000 weaners were sold in the high country this week during the Mountain Calf Sales.

"What probably has really blown us away, if you look back through that middle run of steer calves, it just didn't miss a beat," he said.

Crowds returned to Ensay on Wednesday for the first time in two years where 10 and 11-month-old calves sold for more than $2000.

Agents yarded about 1000 calves for the fourth Mountain Calf Sale, 12 months after the market was cancelled due to last year's Black Summer bushfires.

It was the first time since the mid-1960s the annual sale had not been held in the high country community.

The sale followed the week's trend with strong results for vendors.

The final Mountain Calf Sale of the week was held today at Omeo where prices were once again strong. Full report to come.