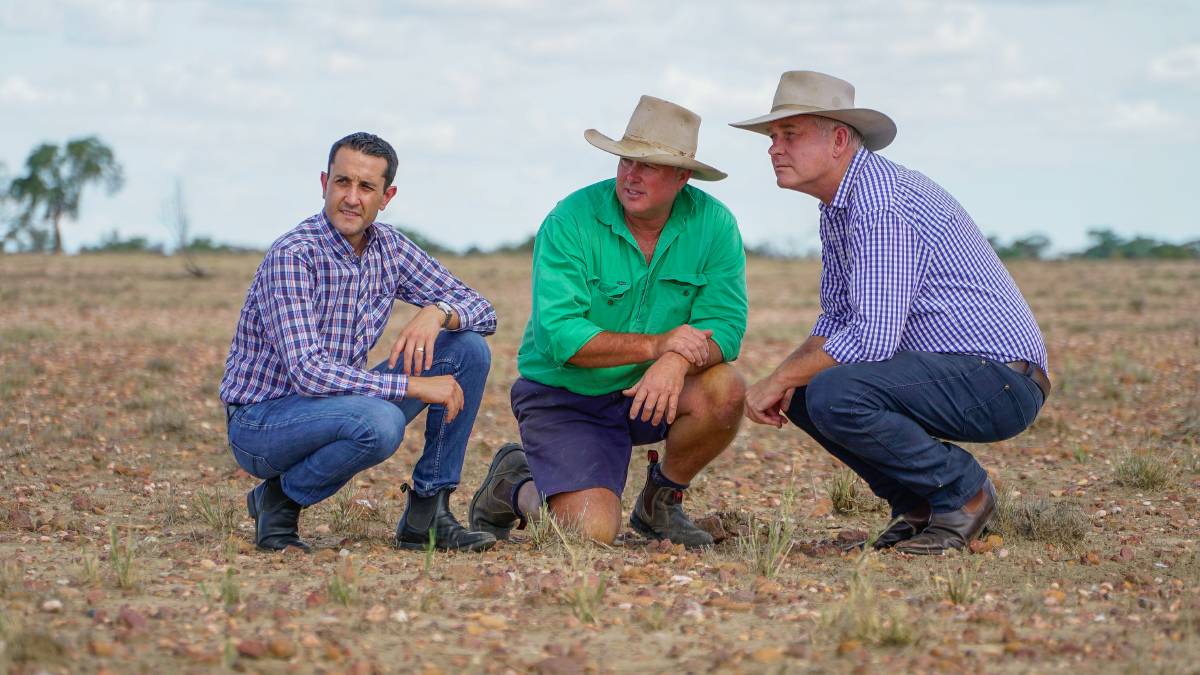 Opposition leader David Crisafulli has warned of "dire economic consequences" if the continual impact of grasshoppers is allowed to go unchecked by the state government.

Opposition leader David Crisafulli has warned of "dire economic consequences" if the continual impact of grasshoppers is allowed to go unchecked by the state government.

Mr Crisafulli was visiting the Longreach region this week to inspect the extent of the explosion in numbers and said calls for state government assistance had gone unanswered.

"In a month, entire paddocks have been stripped bare," he said. "Graziers are being forced to offload livestock, which is the last thing they need after experiencing a torturous drought."

Alongside him, Gregory MP Lachlan Millar described the consequences as being akin to fire and drought and said the government must put similar support structures in place.

Commenting that Agricultural Minister Mark Furner hadn't visited the region to see the scale of the problem himself, he said it should have been tackled with a coordinated response involving the department and local graziers.

"We need financial assistance to get them through and a promise if these pests return next summer the government won't sit on its hands."

Graziers such as Tim East at Winton have been calling for accurate and up-to-date information on ways to combat the infestations on their properties, saying the lack of advice coming from authoritative sources was disturbing.

Agricultural Minister Mark Furner said the government had responded quickly, setting up a working group and a survey to quantify the scale of the problem.

"The LNP's cheap shots and ill-informed claims do nothing to help producers deal with this emerging issue," he said. "There are no chemical solutions currently on the market to deal with grasshoppers, but we are working closely with producers and local councils to identify management options."

Mr Furner announced the establishment of the grasshopper working group, which included representatives from the Australian Plague Locust Commission and the National Drought and Flood Agency, in late February following calls from Mr Millar for action.

He said the group was working to identify possible management options and ensure a coordinated response.

He also said a third survey in as many years would be undertaken, to accurately determine the scale of the problem. 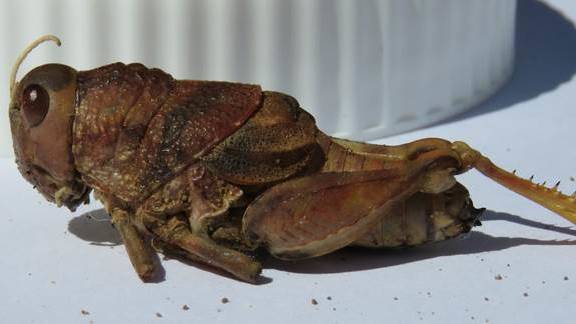 A Buforania crassal toadhopper, one of a number of species of grasshopper that the ag department is seeking location and density information on.

That has since been released, asking graziers to estimate their pasture damage, when rain was received, the timing of grasshopper infestations, what species they can identify by photograph, and bottom line impacts.

"While there is solid knowledge about locusts, there is still much to be learnt about grasshoppers, including their ecology and life cycles," a departmental spokesman said.

As well as undertaking the survey, people were encouraged to collect photos of grasshoppers on their property and report sightings to DAF on 13 25 23 or to their local DAF officers.