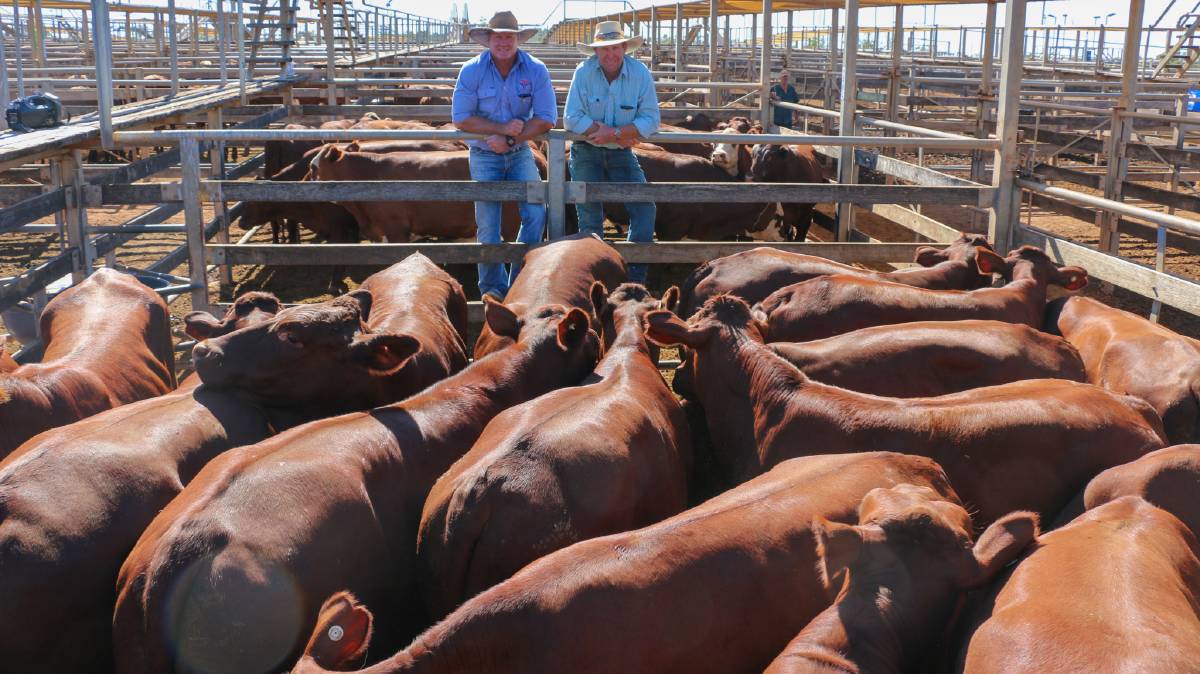 Watkins and Co agent Brad Neven with vendor Bruce Smith and a line of his steers that sold to 444c/kg, reaching a top of $1886 to average $1816.

There were 3689 cattle offered at Roma on Tuesday.

A total of 3689 head of cattle were consigned at Roma's store sale on Tuesday.