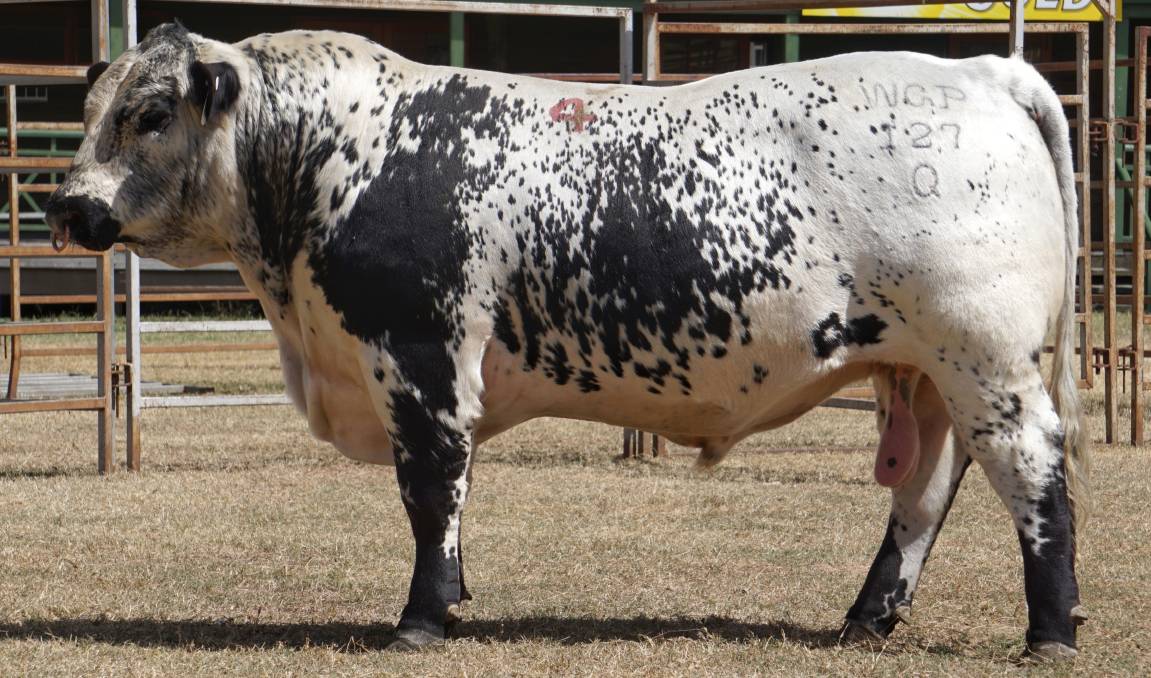 Stud producers may have come out on top at Wattle Grove Speckle Park's twilight sale in Toowoomba on Saturday, but commercial cattlemen weren't shy about showing their interest or running up the price.

Bringing their genetics to Queensland for a third time, the Humphries family, Oberon, NSW, were rewarded for their efforts when the results far surpassed those of last year.

Described by stud principal Dale Humphries as a "standout from an early age", it was Wattle Grove Ba Da Boom Q127 that stole the spotlight, selling for a sale high of $65,000 to Steve and Diep Atkins, Gotcha Speckle Parks, NSW.

With an eye muscle area of 126 square centimetres, the sire prospect boasted rib and rump fat of 8mm and 10mm respectively, and an intramuscular fat of 7.1pc.

Making the trip specifically for Ba Da Boom, Mr Atkins said seeing the bull in the flesh backed up what they already knew about him.

"We went deliberately to try and secure him and a handful of heifers, and obviously getting him was a competitive process; at one stage there was six different groups bidding on him which is an indication that he was sought after," Mr Atkins said.

"We've got a herd of females together that we describe as being moderate in frame and we think that his size and shape and capacity fits nicely with that herd of females.

"The stats on him, his growth rates are very, very high for a young bull and being well above average which we liked, and we expect that he will continue to grow into being a really strong three-year-old bull."

"We have a tank of semen that is really, really strong with famous bulls and all sorts of different genetics, so we'll continue to AI our animals and we think having Ba Da Boom as part of our backup system to that, works really well," he said.

The second-top price of $26,000 was achieved by the last bull to go under the hammer, Wattle Grove Stay At Home Q802.

Sired by River Hill 60W Line Drive 54Z (AI) (Leopard) and out of Codiak Acres Attitudenous (Speckled), the youngster measured 28cm in the scrotum, 4mm at the rib and 5mm at the rump, with an IMF of 5.2pc and EMA of 84sq cm.

Demand didn't waver when it came time to sell the heifers, and remained strong throughout that section of the catalogue. The first heifer to be offered set the tone, selling for the second-top price of $31,000. 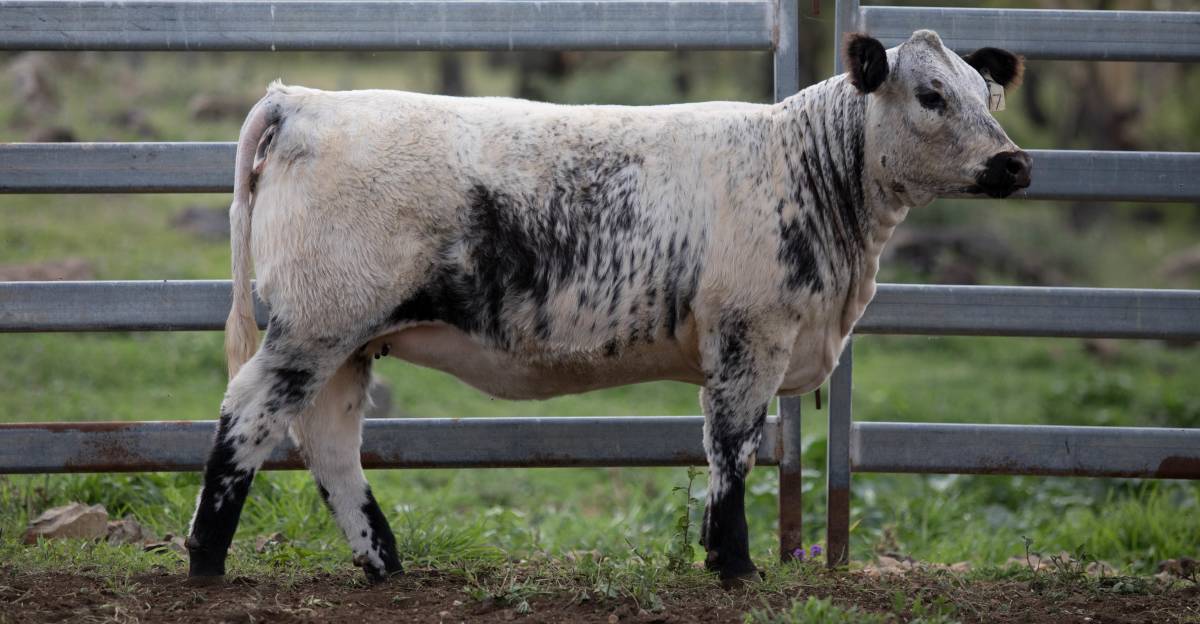 Mr Humphries said they'd had a huge amount of enquiry on the young heifer, but she had still exceeded their expectations.

"She's a bit of a younger heifer and a different type, she's a little bit more moderate and what I would call very much a typical Speckle Park female.

"We thought she might not have had enough leg and enough frame for the Queenslanders, but she proved us wrong."

"Obviously, we all like the top prices, we want to have a good, solid sale and we want to have strong animals going out there, but we also want people to not be scared off by high prices and we still saw really good value.

"There was a big percentage of buyers that were commercial guys specifically buying females to breed bulls for their own program and that was the thing I think we haven't really seen before this.

"And that shows confidence from what we see, as commercial guys have very much accepted the breed."