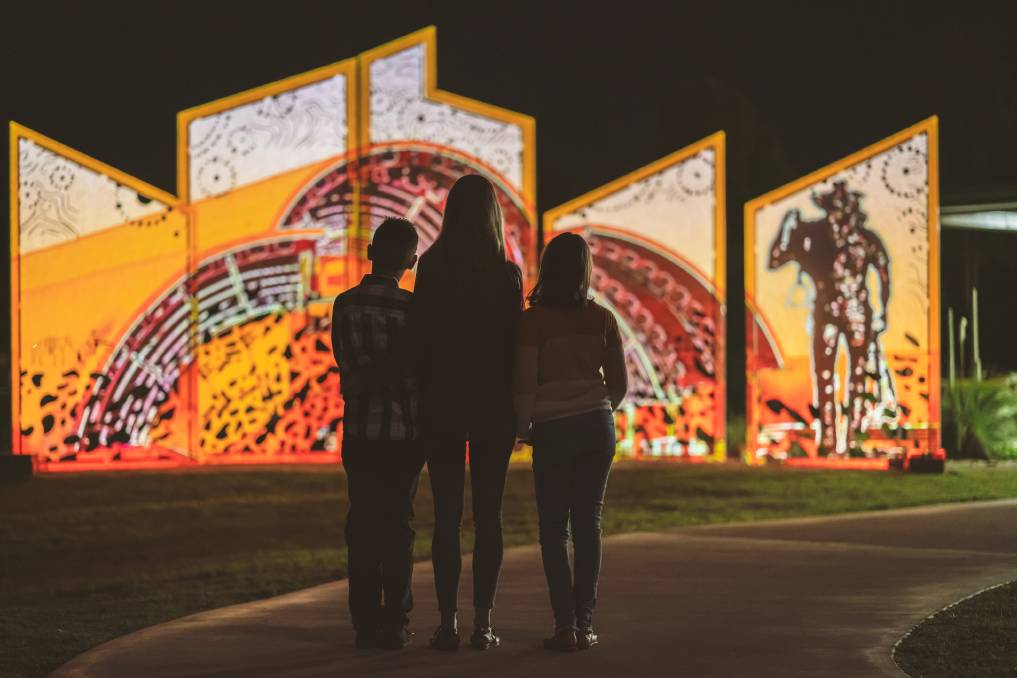 From Karumba to Cunnamulla, Eidsvold and Yelarbon, Queensland's regional attractions are among the nation's best.

Whether it's public art or mature age tourism, regional Queensland has cemented its position as the premier place in Australia to experience it, at two national award ceremonies this week.

Both the 2020 Grey Nomad Awards and the Australian Street Art Awards were presented on the Sunshine Coast on Tuesday evening, where the lion's share of national accolades in both sectors went to attractions that showcase experiences away from Queensland's city lights.

The town of Eidsvold hosts Australia's first sound and light show projected onto a custom-made sculpture, the Language of the Land monument at the RM Williams Australian Bush Learning Centre and North Burnett Visitor Centre, and it won the best landmark sculpture category.

The best rural art award went to the Yelarbon Graincorp Silo Art, a giant mural that's spread over seven silos depicting a child playing in a lagoon on the edge of the spinifex, representing 'When the Rain Comes'.

Yelarbon's mural also took home the bronze award for best mega mural, behind South Australia's Karoonda Silo Art, which won the Best of the Best award on the night.

A stunning memorial honouring Duncan Chapman, the first Allied soldier to step ashore at Gallipoli, a must-see when visiting the Fraser Coast region at Maryborough, was judged the best in the monument or memorial category.

The Monto Artway and Aramac's Lake Dunn Sculpture Trail each received bronze awards in their categories.

Awards Director Liz Rivers said the Queensland winners were not only making the state a more vibrant place for visitors but were also contributing to Queensland regaining its tourism footing, which pre-COVID brought the state $28 billion annually.

Public art has come into its own with people journeying hundreds...of kilometres to experience it - Liz Rivers, Australian Street Art awards

"Public art has now come into its own with people journeying hundreds or sometimes thousands of kilometres to experience a silo art trail or see a sculpture in an extraordinary landscape, such as the outback," she said.

"Free outdoor activities have also gained favour over the past year. That makes trips to see murals, sculptures, monuments and mega pieces like silo art the perfect holiday thrill."

Arts tourists from within Australia stay 42.8 per cent longer and spend 55.9pc more when travelling than domestic tourists overall, according to the Australia Council for the Arts' Domestic Art Tourism: Connecting the Country 2020 Report. 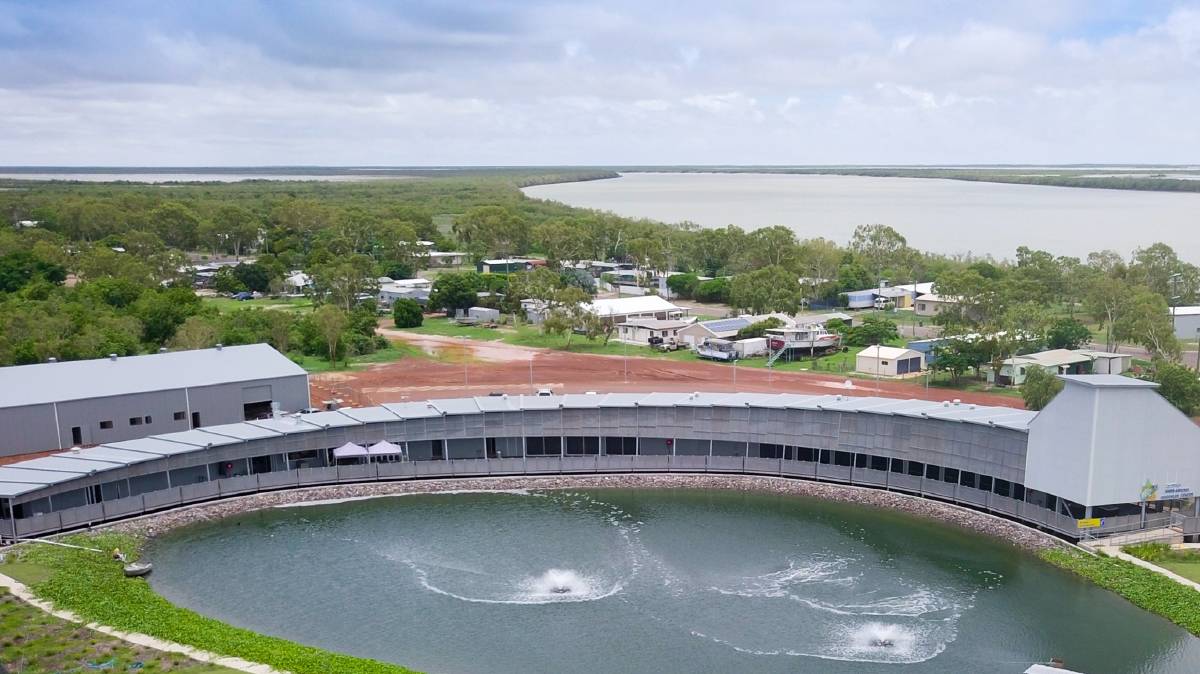 Karumba has proven yet again that fishing is a top attraction, when the Barramundi Discovery Centre and Hatchery was named the Best of the Best in the Grey Nomad awards announced on Tuesday night.

The experiential visitor centre is the only place in the world dedicated to sustainable breeding of the Southern Gulf strain of the iconic fish.

Two outback attractions were among the nine Queensland tourism and hospitality operators winning in the 15 niche tourism excellence awards that highlight the best stays, attractions, tours and events on offer for older travellers throughout regional Australia. 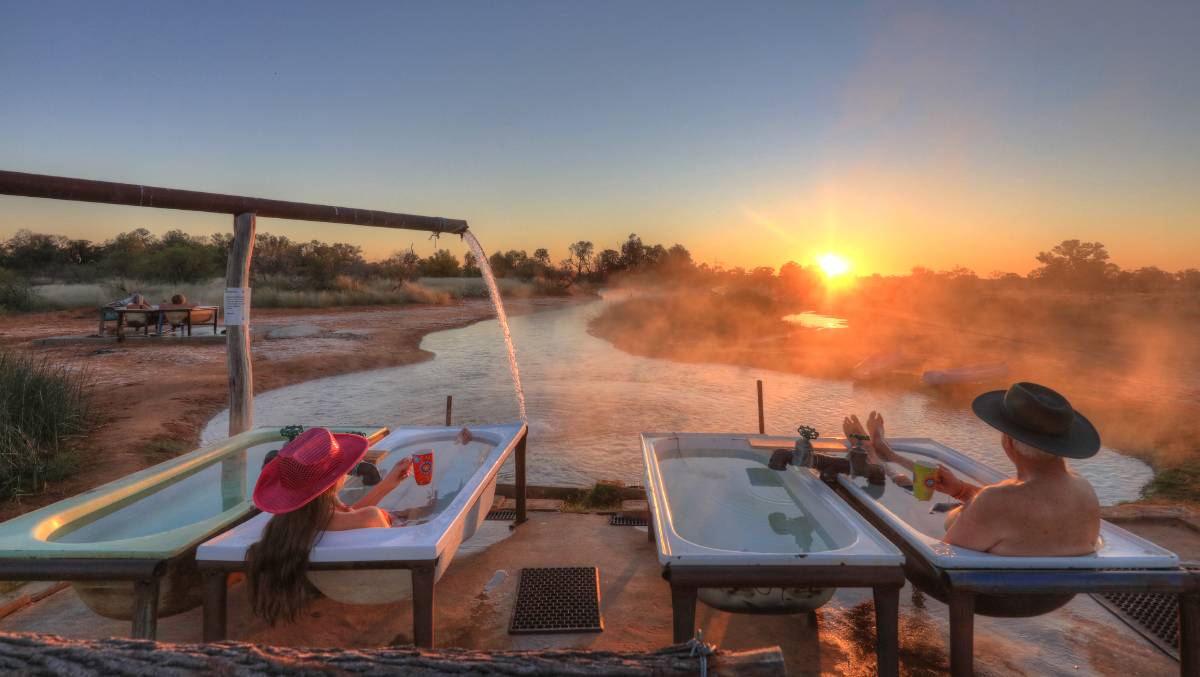 The artesian baths at Charlotte Plains near Cunnamulla.

Silver rained down on tropical North Queensland favourite Paronella Park in the best attraction or tour category, and for the Nindigully Tourist and Visitor Area in the best free stay award.

Australians aged over 55 represent one of the biggest opportunities in domestic tourism recovery, possessing 32 per cent of Australia's disposable income along with the flexibility and motivation to travel.

Despite travel restrictions, 42.4 million nights were spent caravanning or camping in the 12 months up to September 2020, generating $5.7 billion.

Of that total, mature-age Australians contributed $2.508 billion, or 44 cents in every dollar spent.

According to awards director Kim Morgan, the awards provide verified information for the segment, helping guide mature-age Australians' decisions on where to visit and what to include.

"Australians have long enjoyed epic road trips, starting in the post-war period when economic prosperity and the launch of the first Holden collided," she said.

"That love of wide open spaces has never dimmed, but Australia is a big country, so knowing where to visit to experience something extraordinary is valuable."