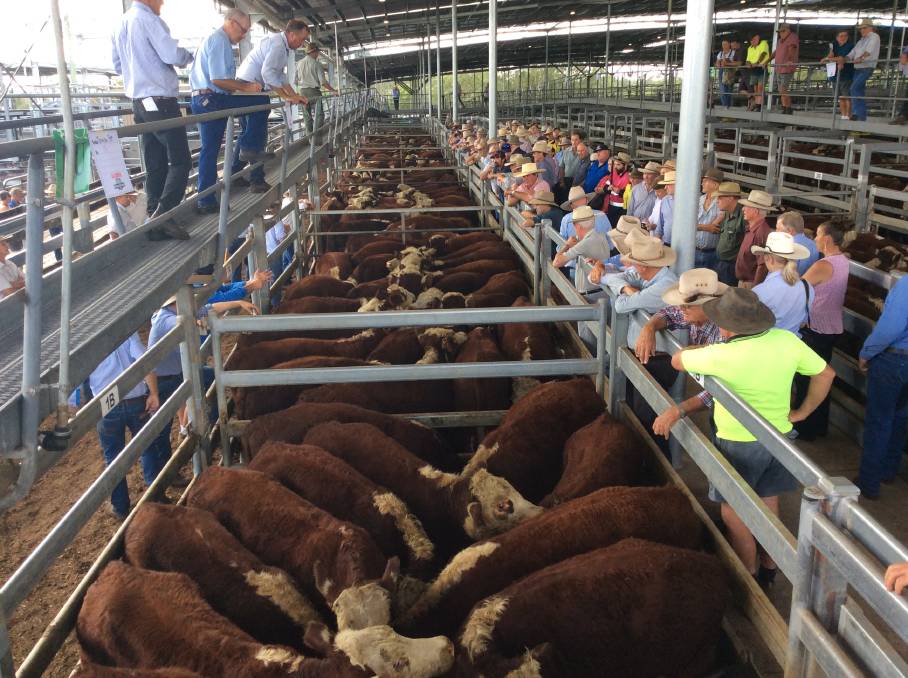 Diverse selection: Up to 1800 British breed weaner steers and heifers will be offered at the 46th annual George and Fuhrmann Hereford Weaner Sale on March 12.

Day One of the George and Fuhrmann Weaner Sale will see some of the best young British breed heifers and steers from northern New South Wales offered in Casino.

A first-rate draft of British breed steers and heifers have been selected by vendors from across northern New South Wales for the 46th annual George and Fuhrmann Hereford Weaner Sale being held at the Casino Saleyards, on Friday, March 12, from 10am.

In all up to 1800 weaner steers and heifers will be made available for purchase, of which George and Fuhrmann auctioneer Darren Perkins said close to 1300 are EU Accredited.

"We've had a number of enquiries for Hereford breeders as producers are having success putting Brahman and Santa Gertrudis bulls over them," he said.

"Due to this demand for quality Hereford heifers, this year's sale will be the first where we don't have anywhere near our usual numbers."

At present the Hereford section will include 1000 steers and 50 heifers.

He said the sale will feature a number of vendors who have supported the sale for many years.

"The quality of the lineup is on par with its usual high standard. In their bull purchases our vendors are continuing to select the best Hereford genetics they can find for commercial breeding operations."

Sizeable Hereford drafts are being offered by: Woodenbongs' John and Maree Smith, Paul and Marian McKey, and the Burley family; Old Koreelahs' Peterson Partnership and George and Shirley Hardcastle of McPherson Herefords; Jim and Jan Smith, Townview Pastoral via Urbenville; and Darryl and Susie Summers, Mallanganee.

Larger drafts will come from: The Quinn family, Cudgera Creek; Stuart and Chanel Kennedy, Cudgen; and the Lyle family, Yorklea.

Mr Perkins said buyers can expect the weaners to be a bit heavier this year.

"While there was generally a dry start to the calving season, most vendors have received good rain and the weaners have powered on over the last three months."

The British breeds sale is Day One of a three day sale schedule incorporating the annual European and Bos Indicus Weaner Sale's, also being held at the Casino Saleyards, on Thursday, March 25, and Friday, March 26, respectively.

The March 12 sale is again being sponsored by the Medlyn Angus Stud and Herefords Australia.