Queensland's largest commercial-scale sheep and goat abattoir is soon to embark on a $9 million expansion of its facility at Charleville that will open up 60 more jobs. 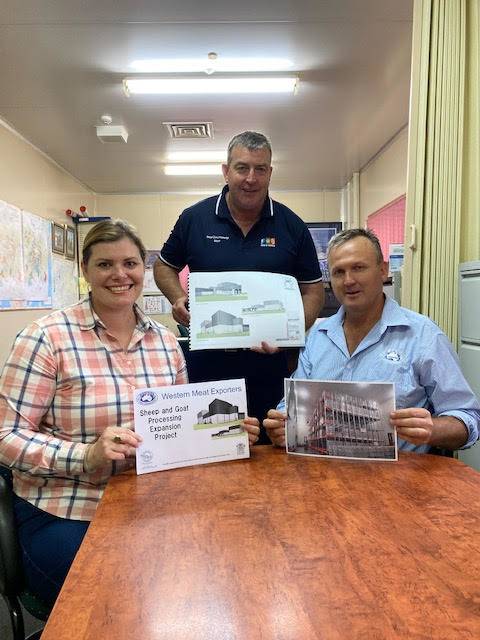 Queensland's largest commercial-scale sheep and goat abattoir is soon to embark on a $9 million expansion of its facility at Charleville that will open up 60 more jobs for the community.

As well as ramping up the number of animals processed a year from 460,000 to 900,000, Western Meat Exporters managing director Campbell McPhee said it would enable them to begin value-adding and to look into regional branding.

The state government is contributing $4m to the expansion, through its $175m Jobs and Regional Growth Fund, and WME is putting up the other $5m.

The rapid take-up of exclusion fencing and projected expansion in sheep and goats is the catalyst for the investment, according to Mr McPhee, who said the continued government investment into the sheep industry was greatly welcomed.

"We've been planning this for around four years," he said.

"Looking at both sides of the coin, there's growth in both sheep and goats in the west.

"While people are retaining numbers at the moment, it gives us great encouragement for the long term. Our investment shows the strength of our belief."

He also said the COVID pandemic had shown everyone which industries were strong and should be invested in.

Assistant Minister for Local Government Nikki Boyd, in Charleville on Friday, said WME, already Charleville's largest private employer, had identified that the majority of the new jobs that will flow from the expansion will suit young people, including school leavers.

"WME is partnering with Charleville's secondary department to increase direct engagement with high school students through a formal work experience and traineeship program," she said. "This is part of Queensland's economic response plan, creating jobs, expanding capacity and training opportunities across the state."

The new jobs would be in areas such as the stockyards, on maintenance, with trucking, and in IT, quality assurance, occupational health and safety areas, and in management systems, learning what it took to manage such a large business.

"The modernisation of the industry is making it more attractive to youth - there's less paperwork on the floor, more digital connectivity, more automation," Mr McPhee said.

"Charleville and the Murweh Shire, like so much of outback Queensland, has been experiencing a youth drain with young people leaving the area to seek out better employment opportunities further afield," he said.

"The expansion of this facility will help the community of Charleville to not just retain some of its young people but may also encourage other businesses to move to the town, which will bolster economic activity.

"The current state government leadership team know and understand the needs of our regional communities; they are listening and responding." 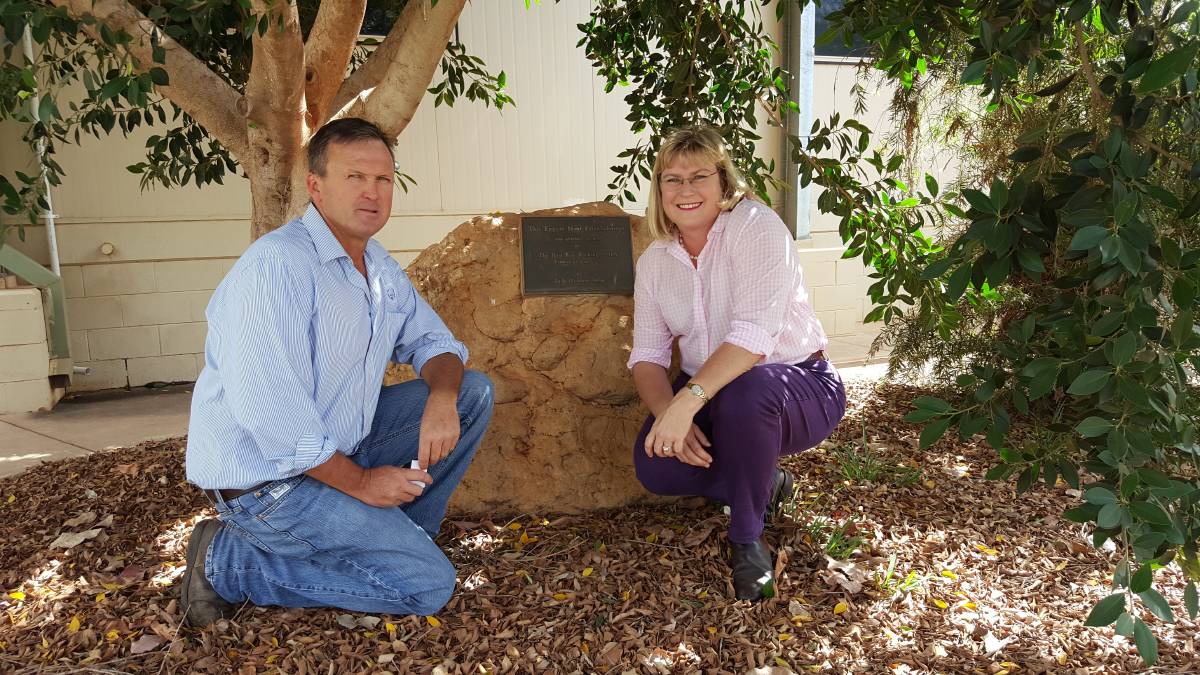 WME managing director Campbell McPhee and Warrego MP Ann Leahy check out the foundation stone laid to commemorate the abattoir's opening, during the Borbidge-Sheldon government in 1996.

The abattoir, currently employing 143 people, was born out of a Future Search workshop over 20 years ago and was brought to fruition by the Borbidge-Sheldon coalition government in 1996, and the Member for Warrego, Ann Leahy said she was proud to have the specialist meat processing facility in her electorate.

She said it exported locally-bred sheep and goat meat to over 20 countries around the world, and the expansion would provide a major boost to the local economy and benefit producers from across the south west region.

She praised the confidence of the McPhee family for pursuing the expansion to deliver long-term sustainability to the region.

Ms Boyd said that since the closure of the Wallangarra abattoir on the southern Downs in 2016, there had not been a commercial-scale sheep abattoir in Queensland.

"This means farmers unable to have their flock processed by WME have to ship their sheep to NSW and Victoria," she said. "The expansion of WME's operations will offer a timely saving to Queensland sheep farmers."

According to Mr McPhee, one of the major benefits of having an abattoir in western Queensland was the improvement in yields.

"Talking in kilograms, 1 to 2kg lost over 1000 animals on a truck journey can be quite a bit.

"The more that can be done in western Queensland, the greater the return."

As well as improving throughput, the expansion will allow the facility to do more with packaging, streamline processes, and improve workplace safety.

Mr McPhee said the company was considering western Queensland-style branding for the product, to give the region a stronger image on the world stage.