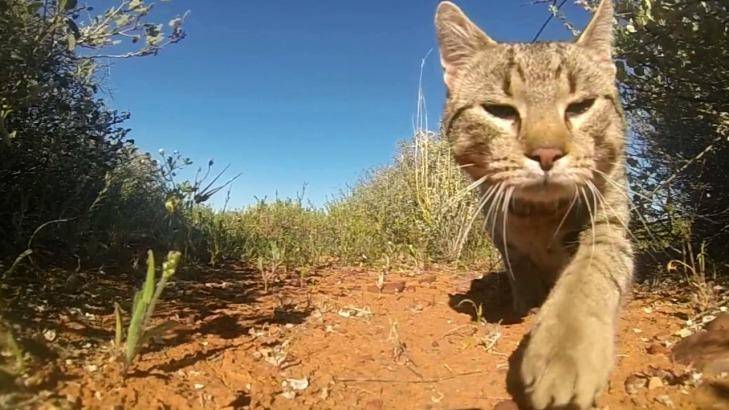 Feral cats are usually associated with the decimation of Australia's native wildlife but the Maranoa Regional Council is beginning a trapping program aimed at the industrial and commercial sections of its towns.

Feral cats are usually associated with the decimation of Australia's native wildlife but the Maranoa Regional Council is beginning a trapping program aimed at the industrial and commercial sections of its towns.

A grant of $147,000 will enable the council to undertake a 12 month feral cat and fox trapping program, aimed at reducing numbers.

It will use the money, sourced from the federal Agriculture Department's Communities Combating Pests and Weeds During Drought program, to employ a feral animal control officer and purchase cage traps.

Mayor Tyson Golder said that as well as responding to calls from business houses for something to be done about roaming cats, he had been very keen from an animal welfare point of view to get something happening.

"They're living on the streets, they don't have enough to eat - if you were to see them, you wouldn't think they were having a good life," he said.

As well as checking for microchips and registration tags, behavioural tests will be done to determine whether the cats have previously been exposed to domestic life.

If so, Cr Golder said there was an opportunity to rehome them, whereas the feral cats that were trapped would be euthanised.

"The officer will go where the need is across Maranoa, focusing on the worst areas first," he said. "There's got to be some breakdown in the cycle."

Vice-president of the newly-formed Roma Commerce and Tourism (RCAT) group, Cyril Peet said the program had a lot of merit.

"There's a really bad cat issue, especially round the centre of Roma," he said. "Cats are scratching round in ceilings and cavities, knocking rubbish over - there's been complaints."

Mr Peet understood that a person in the community who had taken on the job of rehoming cats had become overwhelmed by the scale of the job.

Asked how it had become so bad, he said if something wasn't controlled it could get out of hand.

Foxes are included in the trapping program because they are also an introduced species having an effect on flora and fauna, not so much because they were entering towns, according to Cr Golder.

The council stressed that no poison baiting will be involved, either for the feral cats or foxes, and is recommending that domestic cat owners take a number of steps to prevent pet cats being captured and mistaken for a stray or feral cat during the program.

They include keeping pet cats confined to the owners' properties, making sure they are identifiable via a microchip, wearing a collar, and are registered.

Upon trapping a cat, officers will check if the cat has a collar, has a registered tag or is microchipped, to enable the owner to be identified.

"A cat identified as having an owner will be returned (compliance process may apply)," the council's communique reads. "All captured feral cats will be euthanised, reducing known risks to our community and the environment."

The message reminded pet owners of their responsibilities in owning a cat or dog, including the laws that owners ensure cats and dogs over 12 weeks of age be microchipped and registered; and that cats and dogs be confined to owners' properties by maintaining a proper enclosure to prevent the animal from wandering or escaping the land.