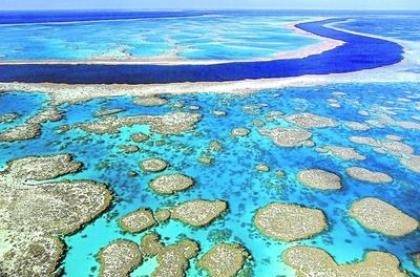 There's a common phrase, originating in the military, that suggests manure moves downhill.

There's a common phrase, originating in the military, that suggests manure moves downhill.

It gets across the idea that bad decisions made by those further up the chain of command often have the greatest impact on people below them, with little opportunity for recourse.

This is a principle with which farmers are unfortunately all too familiar. It often applies to our relationship with state and federal governments and their attempts at regulating agricultural industry for public benefit.

On June 1 this year the principle will apply again, when those expanding their cropping or horticulture operations in Great Barrier Reef catchments will be living downstream of new Queensland government regulations intended to improve the quality of water flowing into the reef.

The Department of Environment and Science have been consulting with farmers and industry bodies on the set of standards they propose applying to any new or expanded cropping or horticulture in reef catchments over five hectares.

When originally proposed, the standards were meant to apply only to how new production areas would be designed, ensuring that features were put in place from the get-go to minimise volume and velocity of runoff.

Since then, however, there's been an amount of scope creep in the proposed standards, which now require farmers to meet annual and ongoing conditions.

This not only represents an unwanted additional burden, but also in many cases are an unfair impost on those expanding their operations that could just as easily be justified for everyone else.

Growcom has submitted recommended changes on behalf of the horticulture industry that we believe will create fairness and remove red tape while still achieving better reef outcomes.

The department deserves credit for having made improvements to previous versions of the standard conditions in response to industry input. We hope this continues.

The story Reef regulations must be fair for all first appeared on North Queensland Register.