Wandoan Arts Council's Creative Arts Escape has cemented itself as a staple on the calendar for Queensland creatives with nearly 170 locals and women travelling from as far away as Brisbane, Rolleston and Rockhampton to take part. 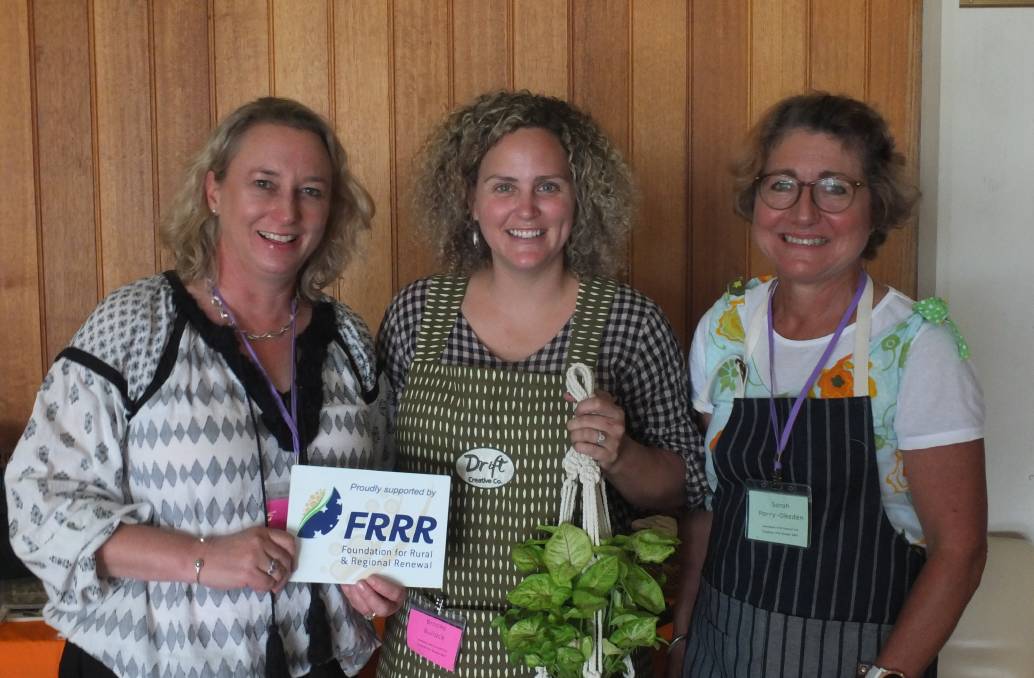 +20
Nearly 170 women turned out from across Queensland to attend the second Wandoan Creative Arts Escape.

Wandoan Arts Council's Creative Arts Escape has cemented itself as a staple on the calendar for Queensland creatives with nearly 170 locals and women travelling from as far away as Brisbane, Rolleston and Rockhampton to take part in the jam packed weekend.

The second year of the event saw it expanded to include classes on Friday night as well as Saturday and Sunday with 401 workshop places sold out of the 423 places on offer.

Alison and Claire Blackley from Rockhampton were delighted with the weekend.

"As soon as we found out about the weekend, we decided to come and Claire was waiting online to buy tickets as soon as they went live," Alison said.

"We've just had a wonderful time and got to try new things and would definitely come back again."

Wandoan Arts Council Committee Member Amberene Baker described the weekend as amazing, with many participants loving the opportunity to take some time out for themselves as they learnt a new skill.

"The feedback has been overwhelmingly positive, most people have just asked us to continue to run this event so they can come back next year," she said.

While it wasn't quite the butcher, the baker and the candlestick maker of the famed nursery rhyme, the workshops covered nearly as broad a range of crafts with silversmithing, macrame, resin pouring, painting, lino block printing, sewing and wire sculpture workshops being run.

Many sold out in minutes of being released leading to more positions being added so more people could participate.

"The Creative Arts Escape is not a cheap event to run, but this sponsorship allowed us to reduce workshop costs by 60% which in turn allowed the event to give back to rural and regional women," Ms Baker said.

Senex Energy's community relations manager Trevor Robertson said the Creative Arts Escape not only gave people a lift after the cancellation of events last year but attracted many to Wandoan for the very first time.

"Senex loves to work with community groups that make life better for people," he said.

"Wandoan Arts Council has done a sensational job to attract hundreds of ladies to this event, giving them a chance to simply get together and be creative.

"What a great way to start the year for so many people."