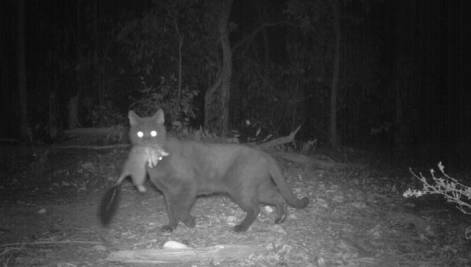 A new guide has been developed to help agricultural and environmental land managers address the growing threat posed by feral cats.

The Centre for Invasive Species Solutions have developed the Guide for the Management of Feral Cats to support the control of feral cat populations in Australia.

Feral cats threaten the survival of native species and their impact on the environment has only increased in the wake of the 2019/20 Black Summer Bushfires.

Recent research from the Australian Government's National Environmental Science Program found that the pest also transmits diseases to other animals including livestock, costing the agricultural industry up to $12 million each year.

The free guide provides information about the impacts of feral cats and lays out tools for land managers to plan their control actions in accordance with their state or territory legislation.

The guide was developed by the Centre for Invasive Species Solutions with funding provided from the Department of Agriculture, Water and Environment and the South Australian Northern and Yorke Landscape Board through funding from the National Landcare Program.

"Mitigating the threat of invasive species, such as feral cats needs innovative and technical solutions that can be used at scale.

"It also involves supporting the efforts of private landholders, leaseholders and volunteers to manage invasive species on their lands to achieve positive outcomes for biodiversity conservation and primary production." 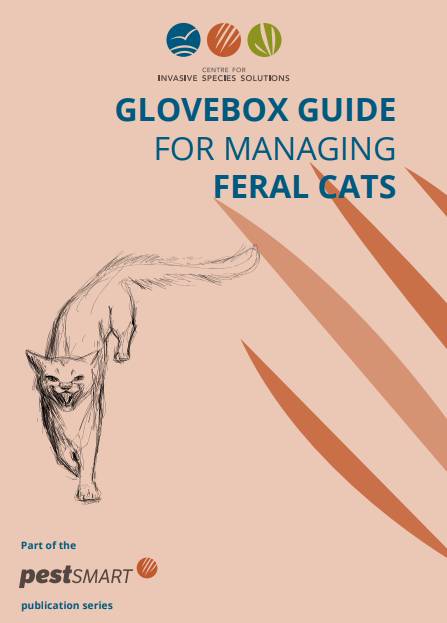 The guide is the latest in the series of Pest Management Glovebox Guides which includes the management of species such as feral pigs, foxes and rabbits. Picture: Centre for Invasive Species Solutions

An AgForce Biosecurity Committee spokesperson said graziers and land-holders have been asking for better advice on how to protect native animals on their farms from feral cats.

"Feral cats can harbour over 100 diseases and parasites which can affect farm animals, native animals and humans," the spokesperson said.

"The Pestsmart glovebox guide to feral cats is a useful practical resource, although control options over large areas of Queensland are still not readily accessible or cost-effective, as feral cats are cunning creatures which readily hide in open landscapes.

Since 2014, more than $32 million in Australian Government funding has been mobilised for projects that have a primary focus on supporting practical, on-ground action and action-based research to reduce the impacts of feral cats.

The Guide for the Management of Feral Cats is now available in both electronic and hardcopy form providing information to support the control of feral cat populations in Australia.