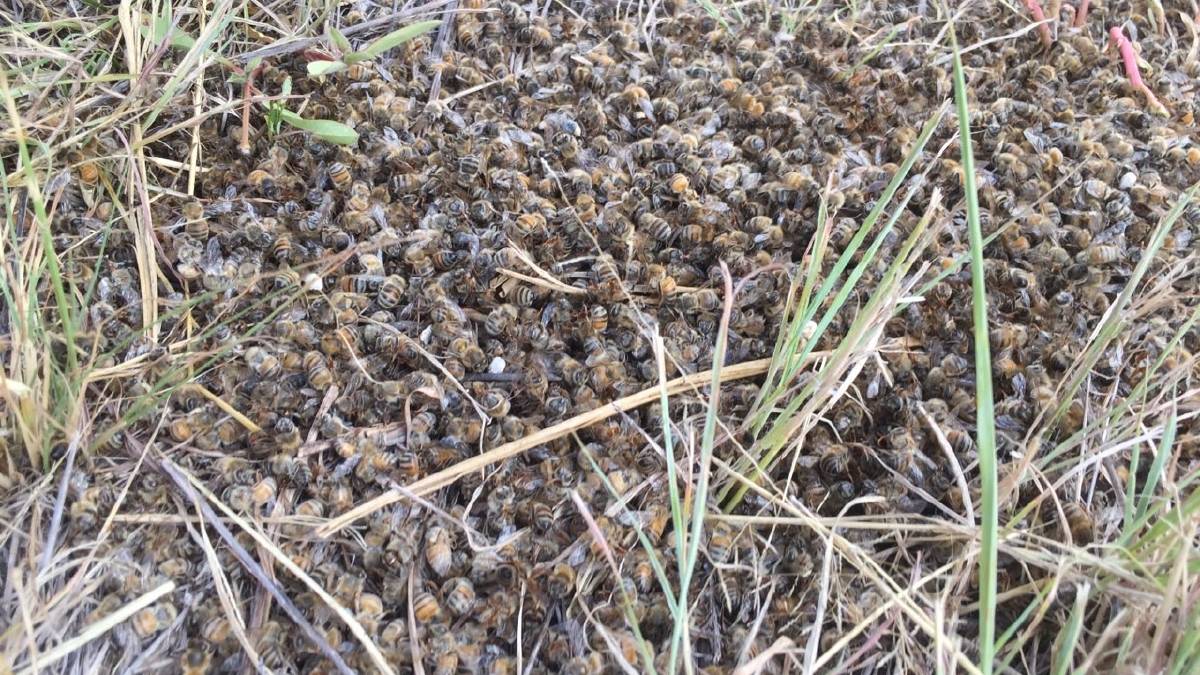 It is believed mass bee deaths at Dalby are the result of agricultural chemicals.

Agricultural chemicals have been blamed for mass bee deaths in Dalby, after numerous hives across the town were lost last week.

Agricultural chemicals have been blamed for mass bee deaths in Dalby, after numerous hives across the town were lost last week.

For pensioner Peter Donohoe, it is the third time his hives have been hit in less than two months.

On Christmas Day Mr Donohoe discovered that the 45 hives he had on a property east of Dalby had been struck.

Testing conducted from that first incident revealed the killer was the pesticide Fipronil.

More deaths occurred on Australia Day and after that Mr Donohoe arranged to move his hives to land owned by the Western Downs Regional Council on the southern edge of town.

"We were trying to reestablish the hives, purchasing a number of new queens," he said.

"They were starting to pick up but on 15 February they were poisoned again.

"They are still dying at the moment. We will have lost a greater number because the hives were already weak."

An amateur beekeeper, Mr Donohoe said there were other apiarists across Dalby had also lost hives in the latest incident.

"There's such a shortage of bees and I wanted to help look after the population," he said.

"It's not about honey production for me. 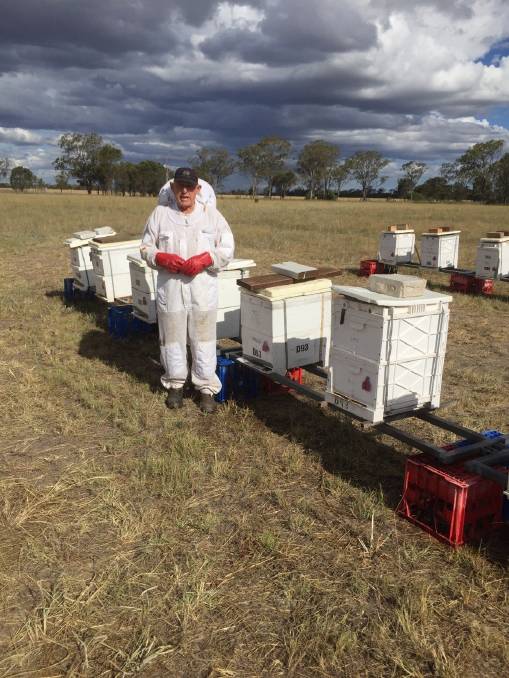 "It's been suggested I need take the bees out bush, but I'm looking after them two times a day to get them back on their feet and I couldn't do that if they were further away.

"I think this was a culmination of spray and bees foraging and bringing the toxins back to the hive."

A Biosecurity Queensland spokesman said samples of the dead bees had been taken for testing.

"Biosecurity Queensland is investigating complaints that a number of bee hives in the Dalby area have been impacted by agricultural chemicals," he said,

"While there is nothing that immediately suggests spraydrift is the cause in this case, it's possible for bees to bring toxicants back to their hive during foraging.