Leading Australian Santa Gertrudis stud, Waco, enters a new phase this year as it forges ahead with the construction of a new selling facility. 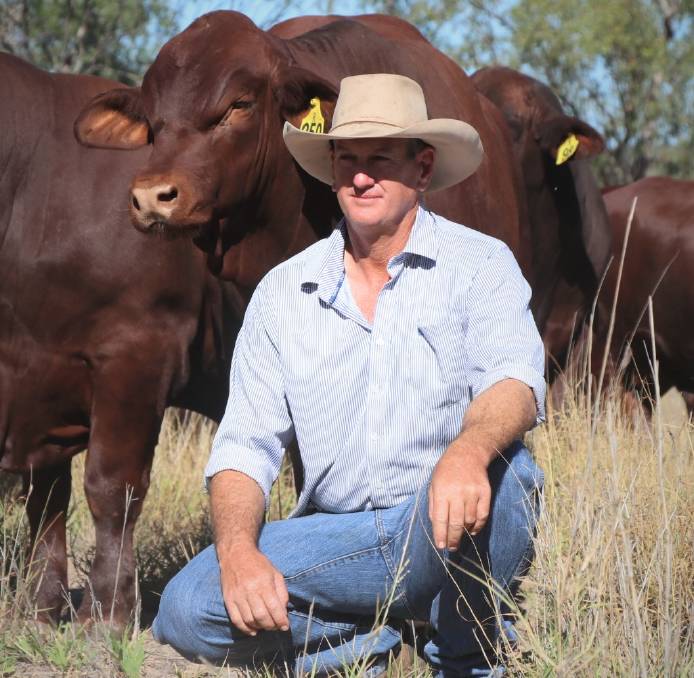 Waco's first solo bull sale in spring 2021 will be held at its Bull Depot, on Warrego Highway 13 kilometres west of Mitchell.

Having previously sold in conjunction with Yarrawonga stud, near Wallumbilla, for more than half a century, this independent auction on September 23 will include about 100 bulls.

Based in the heart of Brigalow country, 90km north of Mungallala, the Waco stud is run on the 13,700-hectare "Muldoon" property by David Bassingthwaighte, his wife Suzanne and their children Olivia, Howy, Tom, Drew and Pip.

Breeding about 300 bulls each year allows the family to select 100 of the best to be auctioned at their annual sale, and this year there is again an outstanding line-up of young sires to be offered.

Some Waco-bred bulls are retained by the Bassingthwaightes for in-herd use and the remainder are sold out of the paddock, and are available throughout the year.

The Waco and Yarrawonga herds were developed in tandem during the 1950s and 1960s by Mr Bassingthwaighte's father and grandfather, who first sourced genetics from King Ranch and other foundation studs.

These were some of the first Santa Gertrudis bloodlines to enter Australia.

The Bassingthwaightes moved to "Muldoon" in 2013 and developed it to boost efficiencies and allow for single sire joining and bull preparation.

The Muldoon property now runs 800 stud cows and 1200 purebred commercial cows and progeny, which are grown out to about 450 kilograms in typical seasons. 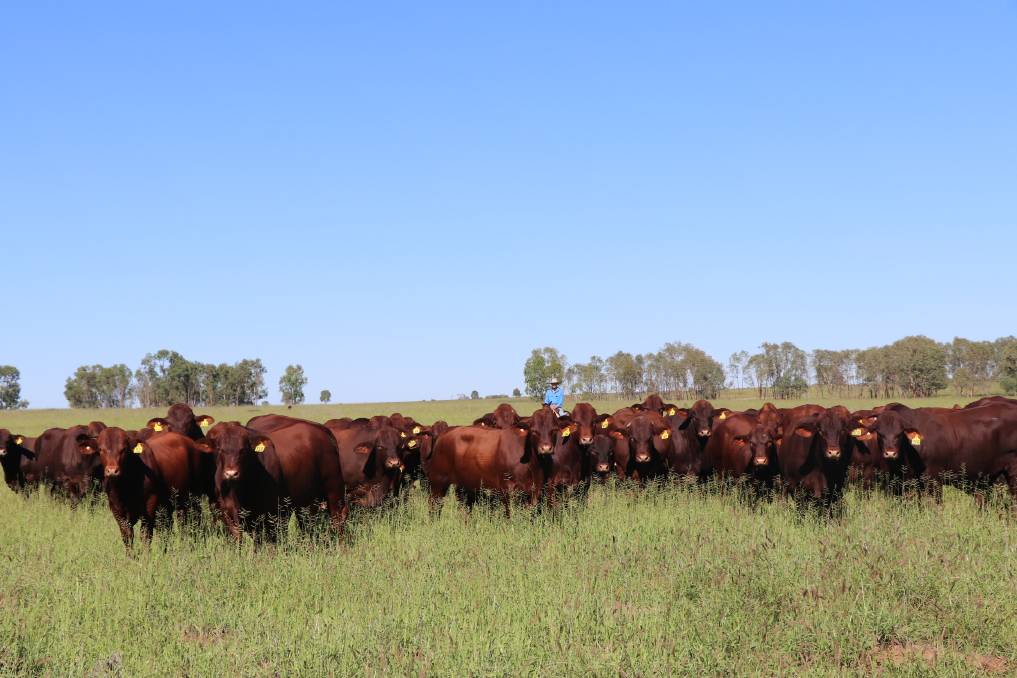 In 2019, Epenarra Station, near Tennant Creek in the Northern Territory, was purchased - along with 10,000 Droughtmaster-cross cattle.

This spans 267,000 hectares and is located north of the Davenport Ranges, in a 325mm rainfall area.

It offers a wide variety of grazing types, ranging from Spinifex, some floodout country and buffel along the three water courses.

This year, 6000 females will be joined there, including about 4000 to Waco bulls.

Along with our clients, we have to best manage our cattle operation through droughts, floods, fires, good seasons, high and low markets. - Waco studmaster David Bassingthwaighte

"We will phase out the Droughtmaster bulls and replace them with our bulls bred on Muldoon," Mr Bassingthwaighte said.

He said running a productive and profitable large-scale commercial cattle operation was underpinning the continual development and improvement of their Waco stud herd.

"This arm of the business allows us to assess and track the performance of stud bloodlines, collect and analyse data and monitor economic returns from our cattle and specific genetics," he said.

"Along with our clients, we have to best manage our cattle operation through droughts, floods, fires, good seasons, high and low markets.

"Having a commercial enterprise makes us aware of production and input costs, challenges, seasonal conditions and current market demands and trends.

"It has been invaluable to have the ability to test drive our genetics on a large scale."

Mr Bassingthwaighte said the 70 Waco bulls that had been used so far at Epenarra had thrived in the dry conditions experienced during the past 20 months.

At the family's "Muldoon" property, commercial herd calving occurs in spring and summer and stock are sold when they reach 400-450kg - at about 18-months-old - pending seasonal and market conditions.

"To get the best results from our breeding program, we allocate each cow to a selected sire that we think will complement their genetic make-up," Mr Bassingthwaighte said.

He said the Waco stud breeding philosophy of producing commercially relevant cattle, with a strong focus on fertility, fast and high weight gain and the ability to finish in all environments had carried through the multiple generations of his family.

"Our bulls have always been used for all types of cattle systems - from breeding to backgrounding and processing - so we target genetic gains in all key traits that drive profits in each of these segments," he said.

This has helped the Bassingthwaighte's, and their clients, sell direct to Coles and Woolworths to receive the premium prices available at the time.

Mr Bassingthwaighte said finding a bull that would have a big impact on a breeding or commercial herd was something the family was always seeking.

He said the Waco stud had used many influential sires, but only a few that have had a major impact on their stud - as well as the breed.

"We believe "Waco Falcon" has the quality and consistency that will see him become one of our best producing bulls," Mr Bassingthwaighte said.

"Six of his sons have already been retained in the Waco stud, and his sale progeny have averaged $19,000 at auction in his first two years of service.

"There is an outstanding line of Falcon sons on offer at our sale this year."

Mr Bassingthwaighte said he was looking forward to this year's bull selling season, as there was strong demand for top seedstock.