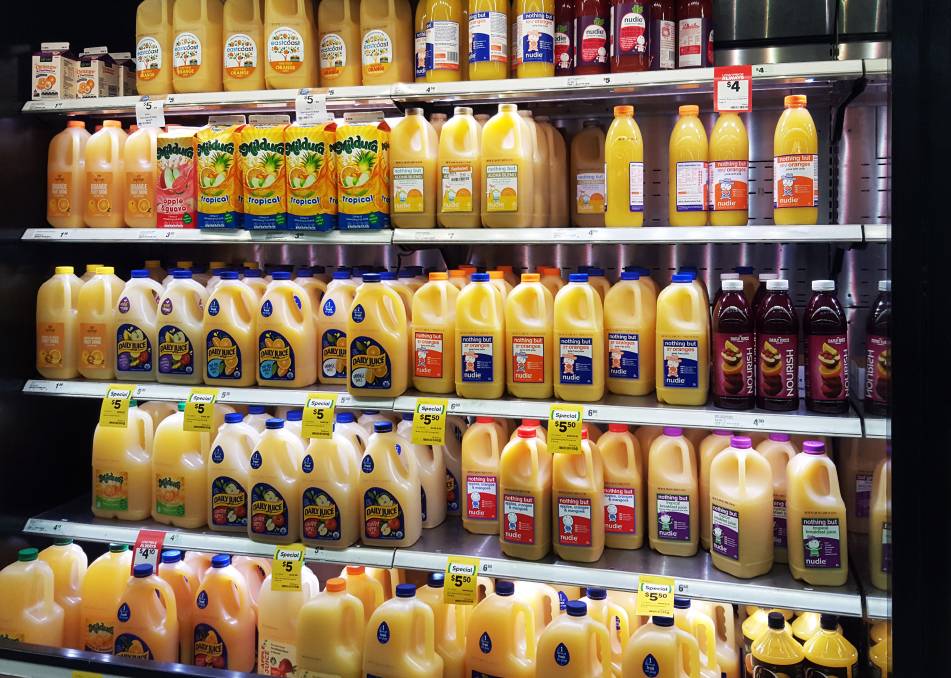 Despite government deciding diet soda is healthier, Archer Walters will continue to allow his four young kids to "drink their fair share of juice".

Citrus growers are this time the targets of the state government's "insanity".

Queensland farmers are once again in the firing line, with citrus growers this time the targets of the state government's "insanity".

On Friday, the Australia and New Zealand Ministerial Forum on Food Regulation decided fresh juice with no added sugar would lose its 5-star health rating and drop to as low as 2 stars, ranking it lower on the Health Star Rating system than diet soda at 3.5 stars.

It's a move Queensland government representatives on the forum, Health Minister Yvette D'Ath and Agriculture Minister Mark Furner voted in support of, despite appeals from the horticulture industry to rate 100 per cent fresh fruit and vegetable juice at 4 stars.

"We're angry and we feel as though it's a wrong decision. It's a flawed calculator and it discriminates against juice," he said.

With up to 70pc of the fruit used in juice nationwide grown in Queensland, Mr Walters said they're unsure of the impact to their business, but "you can only think that it's going to confuse consumers".

"We employ 150 Queensland people...we're buying fruit from all over Queensland and we think confusion with consumers can lead to less demand," he said.

"We're a business that's been around for 52 years, Golden Circle has been around for 80-odd years; these are businesses and families that have been around for a really long time utilising natural resources and now they're being tarnished because someone in office wants to tweak an Excel spreadsheet.

"I believe we had enough votes there to get this across the line, so I'd love for Mr Furner, Queensland Health and the Premier to comment on this because they're the ones who have stuffed this up."

The Australian Department of Health had proposed to amend the Health Star Calculator by adding two modifying points to the fruit, vegetable, nut and legume score, but it was not supported by ministers representing the states and territories, much to the disgust of Federal Agriculture Minister David Littleproud.

"States and territories that supported this including Queensland, Northern Territory, ACT and Victoria have let down our farmers, consumers and Australia's $800 million juice industry.

"They have made a mockery of the rating system and have ignored Australian government and industry concerns. It would appear as though the states that voted for this are beholden to their bureaucrats."

He labelled the rating of diet soda healthier than 100pc fruit and vegetable juice as "insanity" - a label that Queensland opposition agriculture spokesman Tony Perrett agrees with.

"Mark Furner and Yvette D'Ath should hang their heads in shame. They clearly don't understand what their vote means for consumers and our farmers."

Both Mr Furner and Ms D'Ath were asked to comment on why they voted the way they did, as well as whether they would give kids diet soda for breakfast over pure orange juice, but neither responded.