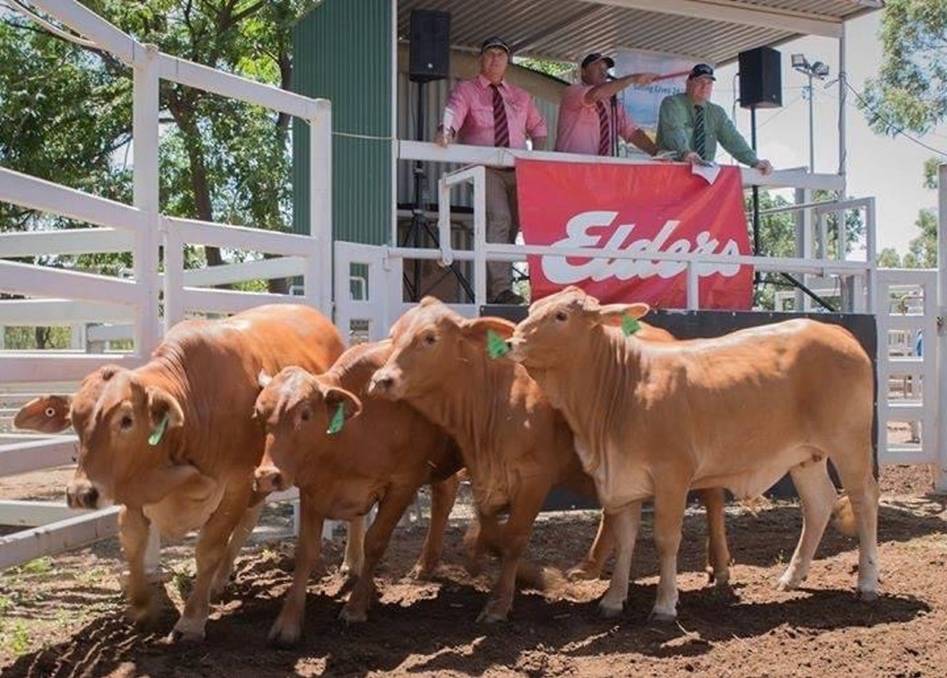 Solid reputation: The Highlands Droughtmaster Sale has built a reputation for the cattle offered each year consistently producing, quiet, cost-effective, productive, beefy Droughtmaster progeny that perform well in the field.

With the Highlands Droughtmaster Sale entering its 30th year in 2021, it's a true testament to the commitment of the sale vendors and the unwavering support of the local and not-so-local cattlemen and women who make the drive to Clermont each year.

With the Highlands Droughtmaster Sale entering its 30th year in 2021, it's a true testament to the commitment of the sale vendors and the unwavering support of the local and not-so-local cattlemen and women who make the drive to Clermont each year.

Long-term sale vendor Sonya Harvey, Kenlogan Droughtmasters, said the Highlands sale is one of the most affordable sales in Central Queensland, catering for the requirements of commercial cattleman, and with the higher profile sires catalogued, the discerning stud buyer.

"The sale has built a reputation for the bulls offered each year, which consistently produce, quiet, cost-effective, productive, beefy Droughtmaster cattle that perform well in the field," Sonya said.

"In saying that though the quality of the cattle catalogued has remained consistently strong since the sale began," John said.

"Studmasters have kept in touch with market trends and requirements, to ensure they're selecting bulls that meet the needs of commercial and stud producers. It has has remained successful due to the people behind it," he said. 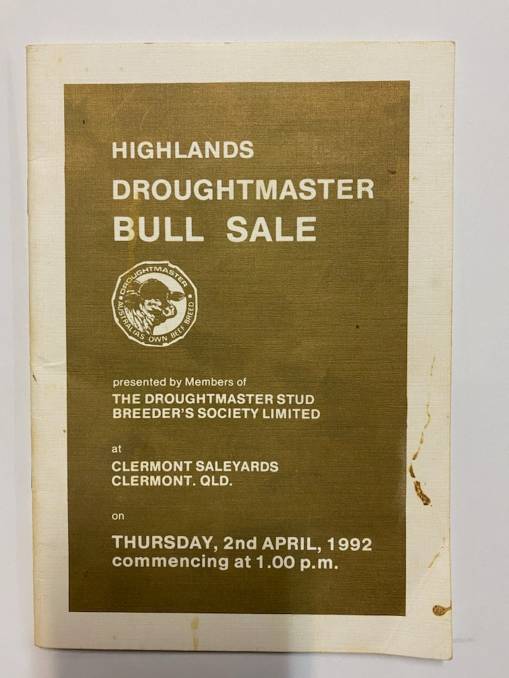 Number one: A catalogue from the first annual Highlands Droughtmaster Sale, held on April 2, 1992. The draft consisted of 15 registered bulls and 65 herd bulls.

"They found that the bulls they were offering at the Rockhampton Brahman Week Sale were predominantly ending up back in the Isaac region. This led them to seeing the potential in organising a sale catered to producers based in the region."

The first Highlands Droughtmaster Sale was held at the Clermont Saleyards on Thursday, April 2, 1992, and while the venue has remained the same for three decades, the day changed from Thursday to Friday after the first two sales.

"Ken aka 'Whiskers' is the only original studmaster who has personally offered bulls at every sale, while Peter Bauer and Peter Barton have sold bulls there on and off since the sale began. In several instances younger generations from the studs involved in the first sale have continued on the tradition of selling bulls at the Highlands sale."

To recognise the sales' rich history, Sonya said the "Two Peters Award" is handed out each year.

"This award recognises the time and effort put into making the sale the success it is today by Peter Bauer and Peter Barton. We have a guest judge choose the best pair of bulls selected for the catalogue each year, with the vendors of each receiving the award. 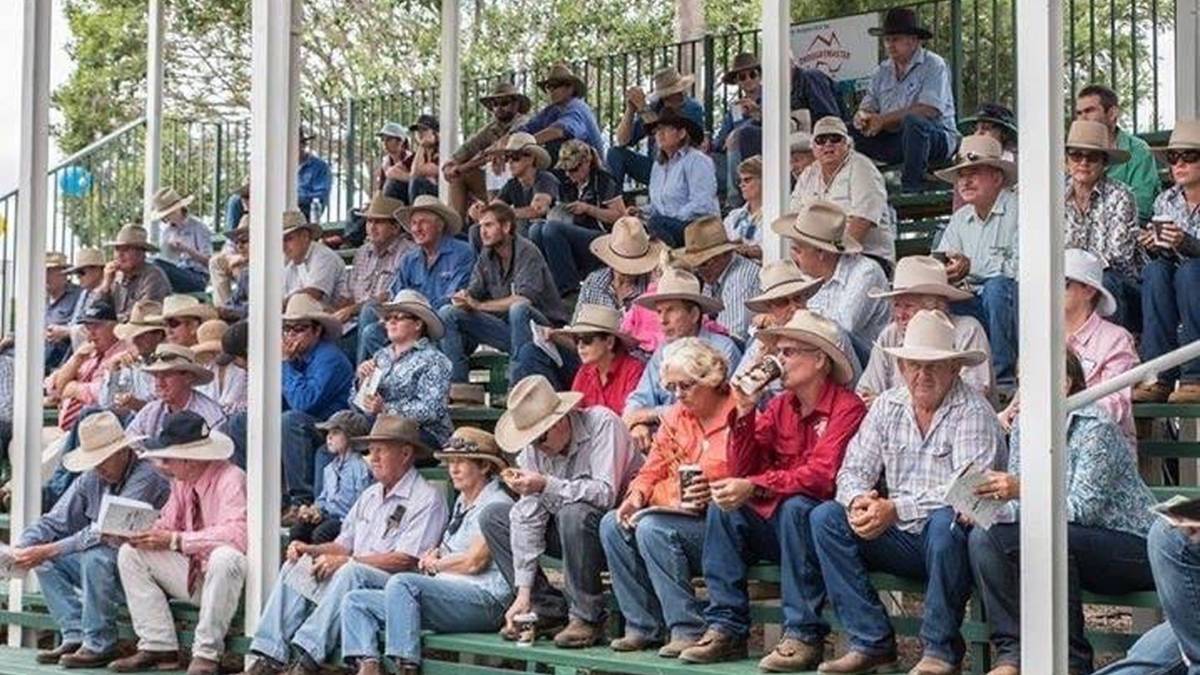 Great support: For three decades, many local and not-so-local cattlemen and women have made the journey to Clermont each year for the sale.

Wendy Perry, Strathfield Droughtmasters, said one of the biggest triumphs shared by the sale committee over the years was working with the Isaac Regional Council to upgrade the infrastructure at the Clermont Saleyards between 2012 and 2013.

"The committee agreed that there were safety issues at the complex. We organised a meeting with Council about what we thought needed to be improved, and thankfully, they accepted our ideas, adopted, and completed them," Wendy said.

"They replaced the shade cloth, which had initially covered the ring, with a tin roof, and placed guard rails around the sides of the stands. Other upgrades included safety catches on the show ring gates, slam catches and a protector to stand behind in the ring," she said.

"This push by the committee has led to both a better Highlands sale experience for vendors and buyers, and a more frequently used facility, with multiple stud sales now being held annually at Clermont. Before the upgrades Highlands was the only stud sale held there."

John said there have been some amusing moments throughout the sales' history.

"I remember one year a well known cattleman had circled a bull in the catalogue as a solid sire prospect for his program. I'm not sure if he was a bit overexcited to bid on him, but when he placed the winning bid, there was a pause, as he realised that he'd bid on a bull one lot prior to the one he wanted.

"He said "what am I going to do with this fella", and though he didn't end up with his desired bull, he did manage to sell the bull he accidentally bought at the end of the sale."

Sonya said organising now-retired Queensland Country Life livestock journalist Stan Wallace to travel to Clermont for one of the sales, was another highlight.

"He had the pleasure of opening the sale that year. He proved to be a very popular man to speak to over the course of the day."

She also amusingly remembers Strathfield grabbing quite a steal from Kenlogan one sale.

"The Perrys snapped up Kenlogan 160 for $5000. He went on to breed quality progeny and one of his calves, Strathfield Telesto, ended up topping the Droughtmaster National Sale at Gracemere in 2004, reaching $70,000."

She said the sale vendors have shown an ongoing commitment to giving back to many charity organisations over the years, usually by sending them a portion of the proceeds raised from each of their bulls sold through the ring.

John said the sale has grown in recognition due to the practical commercial cattle people involved, and the younger generations who've come through and continued to improve it.

"It's for this reason that I'm confident that the sale isn't going to die off with generational change. There are second and third generation stud members who're ensuring the market relevance of the sale will continue.

"Here's to another 30 years of Highlands success."