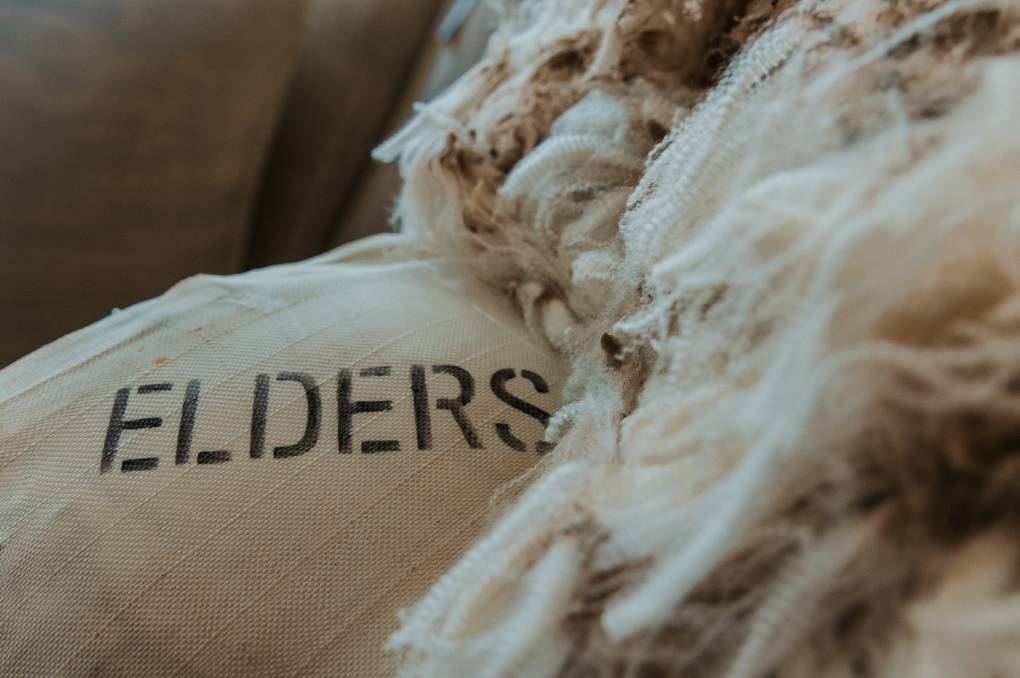 Wools with certification for sustainability and good physical measurements were particularly sought after at last week's sales and helped buoy the market.

Wool values are holding and downside for the rest of the season appears limited.

Trade focus was again on the superfine and fine Merino sectors, although some quoted the ultrafine types down a little.

Wools with additional certification for sustainability and good physical measurements were particularly sought after, and the premiums for these no doubt added strength to the overall market.

Anything finer than 20-micron was quoted dearer, and the certified Tasmanian selection boosted Melbourne auction prices temporarily above Sydney values by about 20 to 40 cents a kilogram.

Medium Merino types were mixed and appeared to be just marking time, while the Chinese were focused more on banquets than bales of wool.

Crossbred wool, which comprised about 20 per cent of the fleece offering, continued to struggle against the over-supply situation. Prices for this wool closed down 30-40c/kg for the week.

Favorable currency conditions for exporters in the past week or two did not last long.

The mood swung back to a risk-on - which means sell the US Dollar and buy commodities and currencies like the Australian Dollar - as the theme of a global economic recovery continues to take root among the analytical fraternity.

US equity markets continue to hit record highs and, as reported last week in the Business Insider news service, Warren Buffet's preferred indicator to measure the value of the market surged to a record high last Tuesday.

In simple terms, the combined market capitalisation of all the publicly traded stocks in the US is divided by the quarterly gross domestic product.

Currently this measure signals that stocks are over-valued and could tumble in coming months.

Although some other measures also point to a bubble, all this money has to be invested somewhere and a savings account in your local bank is hardly the most appealing place to put it.

Public company chief executive officers in the USA are more optimistic about company prospective fortunes now than they were in December, according to a report in the Economist.

And there is no doubt the USA has turned the corner in new COVID-19 infection rates - at least temporarily.

Commodity prices are also broadly increasing, and the oil price has hit US$60/barrel - a far cry from when, at one stage during the coronavirus pandemic, people were paying customers to take it off their hands.

Another huge stimulus package looks like being rolled-out in the US, whether the country needs it or not.

The world's biggest economy sloshing around with cash will certainly result in many people needing things to spend their money on.

So, traders are repositioning their portfolios to chase this expected growth - and buying commodities allows them to participate.

Despite a big over-supply across the world, the cotton market marches upwards.

This is occurring not in a crazy way - such as during the bubble of 2010 - but it is certainly defying expectations based on current supply calculations.

Synthetic fibre prices have also been trending up for a while, although eased back somewhat as Chinese demand tapered-off in preparation for the nation's annual New Year holiday period.

Prices for oil and other base minerals, particularly those used in the production of batteries for electric cars, are rising.

It is more than a little ironic that both 'fuels' for the old style and the future style of vehicles are rising at the same time.

But the growth that drives an oil price increase usually also results in greater consumption of synthetic fibres and increases demand and prices.

Does this mean that wool prices are going to surge as well?

Many people in the industry are still trying to answer that question.

Stockbroker Mike Avery, of Southern Aurora Markets in New South Wales, neatly summarised the 2021 performance thus far in a note to clients last week when he said that the strong performance of the Australian wool auction market throughout January is yet to stumble, as many had predicted.

He said, in reality, the pull-back under the weight of a strong dollar and the Chinese New Year had been very small at 16c/kg, following the 132c/kg jump in January.

Where to from here is still up for debate, as the voracious appetite shown by China over the past five weeks would seem to be bigger than its domestic consumption can typically account for.

Activity from India and Italy is increasing, but with a high degree of caution - from the latter in particular.

Stocks do not appear to be building along the pipeline at any particularly alarming rate.

But the number of woolen garments being moved off shelves at a retail level is typically waning as spring approaches in the Northern Hemisphere.

Perhaps it is simply the growth of active wear and the booming wellness trend that have people getting "kitted-up" for the trail walks and outdoor activities that are best done wearing Merino that is soaking up so much product.

Certainly, when people are released from lockdowns in the UK, Europe, Russia, parts of the US and Melbourne they will head straight to the great outdoors for some fresh air.

Given that it is now easy to find high quality, high performance, soft and comfortable Merino tops, bottoms, underwear, socks, shoes - and even wet weather gear - in a myriad of places online, perhaps the active people and the "wannabe actives" are consuming enough outside of the 'normal' wool season to keep this market moving.

Add to this the strong commodities drive, and downside for wool prices for the remainder of this season looks pretty limited.

The next auction sales this week will no doubt be a little choppy, with post-Tasmanian sale adjustments to be made and the Chinese in a New Year slumber.

"Gong Xi Fa Cai", or may you have a prosperous New Year.