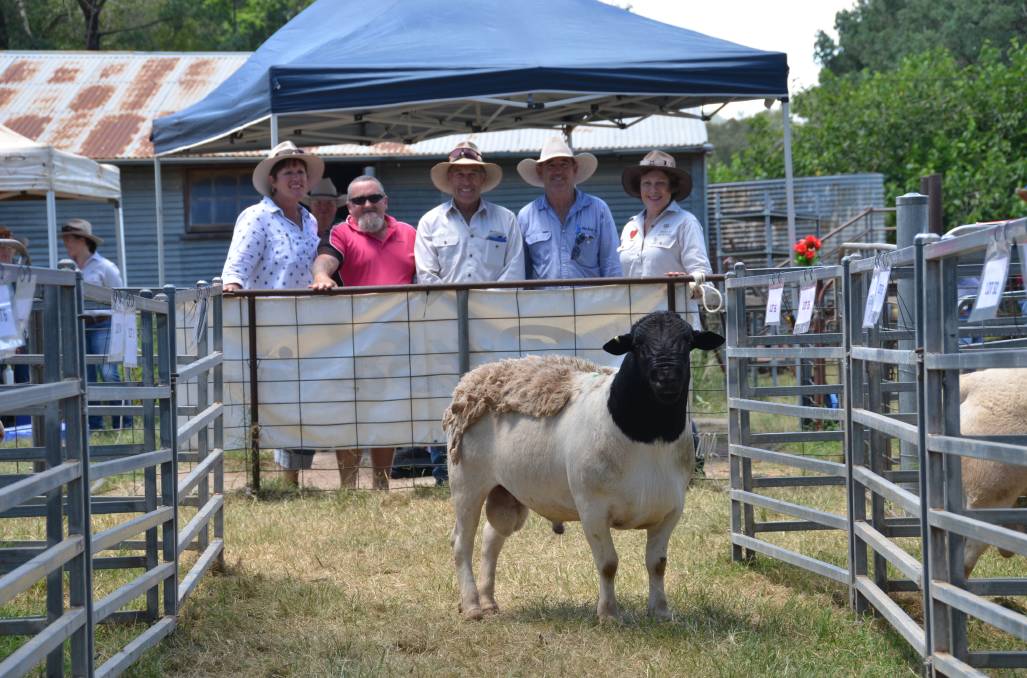 Merlin and Old Munbilla Dorpers were given plenty of love by buyers.

Roses and a baked lunch complemented the theme of a Valentine's Day ram sale at Merlin Dopers and Old Munbilla Dorpers annual on property production sale at Attunga on Sunday.

A large gallery of buyers loved what was on offer with the overall draft topping at $ 4100 and averaging $1575.

The top priced ram was purchased through AuctionsPlus for $4100.

It made up part of four rams Mr Gilliland purchased for a $2375 average.

Second top was $3100 paid by Shorty and Julie Swilks of Kicka Tinalong Dorpers at Roma, Qld.

The 99 kilogram ram had Winrea bloodlines, which was a major factor for the Swilk family.

"The ram has wonderful legs and feet has adequate muscle and a good body," he said

"He will be joined to stud ewes."

Geoff Steinbeck, Excel Genetics, Dungowan was under bidder on the top priced ram but secured lot three, another Davemmm Hill 140073 son for $3000.

"I was looking for clean shedding, white Dorper rams carrying plenty of length and muscle to use in my composite meat sheep program," he said

He will be selectively mated. 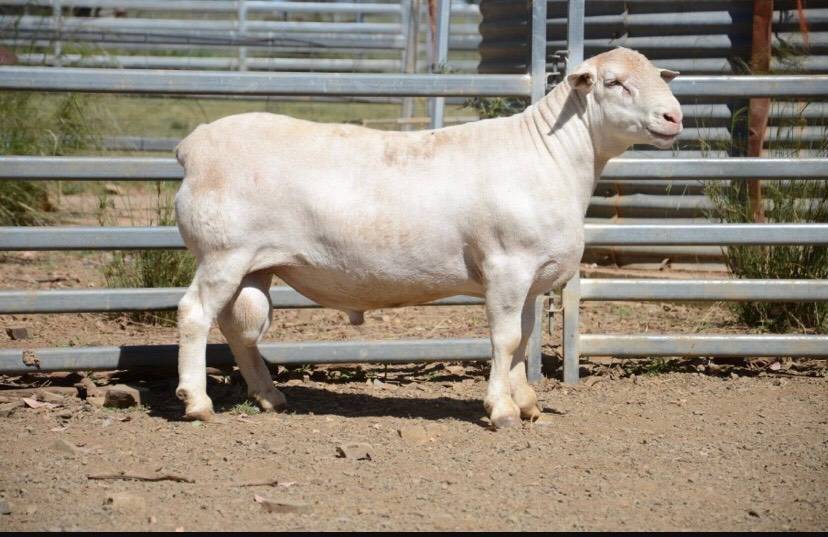 The $3000 ram purchased by Geoff Steinbeck

"I am a long time supporter who knows the wonderful job the rams do," he said

"The rams I selected were well muscled all black headed rams and are shedding rams."

They will be joined to the 1000 ewes Mr Ward has recently purchased for a new property.

Six pens of ewes were also offered topping at $420 and averaging $324.

David Walker of Duri secured three pens for a $340 average.

Mr Walker purchased the rams as he was after an increase in his commercial ewe flock.

The sale was managed by Pitt sons Walcha and was conducted under the helmsman auction system.