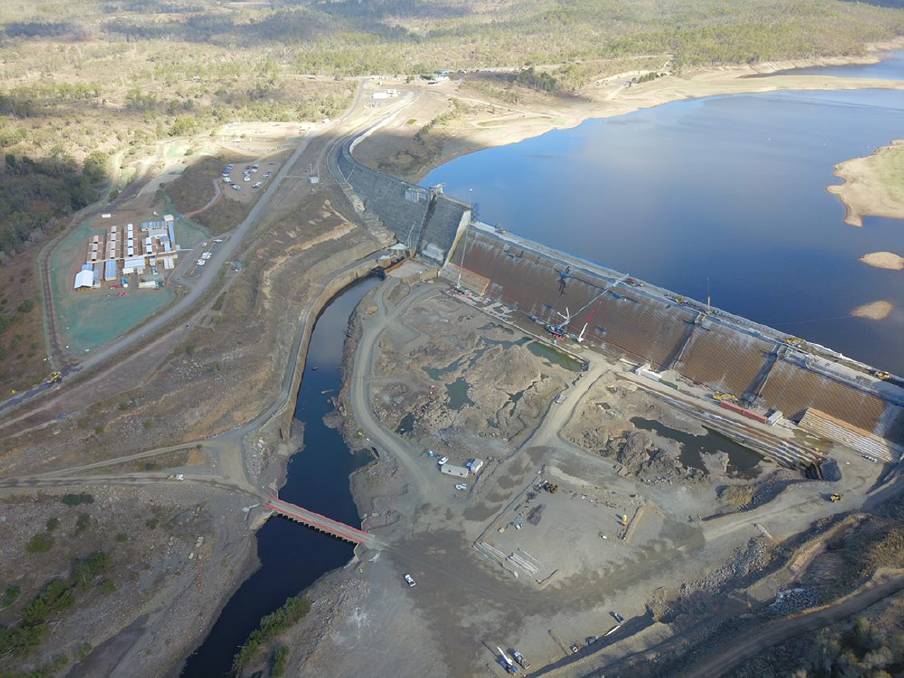 Bundaberg growers who are dependent on water from the Bundaberg Irrigation Scheme have held recent meetings to discuss plans for fast tracking the class action. Picture: Sunwater

Bundaberg farmers have ramped up the Paradise Dam Class action after news they could be facing historically low water allocations before July.

The class action over the remediation of Paradise Dam has been ramped up after revelations farmers in the Bundaberg region could be facing historically low water allocations before July.

Local farmers have had averages of 85 per cent water allocations from Paradise Dam, but growers are now fearing that could drop significantly to 30 per cent.

It is feared Paradise Dam could be empty by the end of July 2021, unless the catchment receives serious rainfall, sending shock waves through the local farming community.

More than 60 local growers dependent on water from the Bundaberg Irrigation Scheme raised more than $400,000 in an effort to fast track the class action, which was first mooted last year.

Local law firm, Marland Law, has banded together with the affected farmers to ensure a large class action can be brought against the state government and Sunwater in the Queensland Supreme Court within weeks.

Going ahead with Class Action

"I can understand why the local farming community is so worried about the potential of very low announced allocations in July this year," Mr Marland said.

"That has huge repercussions across the entire area that not only affects the farmers but the agronomists, fertilizer suppliers, contract harvesters and local businesses.

"The government never really put their mind to all of these flow-on effects before they did what they."

Bundaberg farmers have also engaged class action expert Douglas Campbell QC along with barristers, Matthew Donovan and Justin Byrne, to assist with the development of the case. 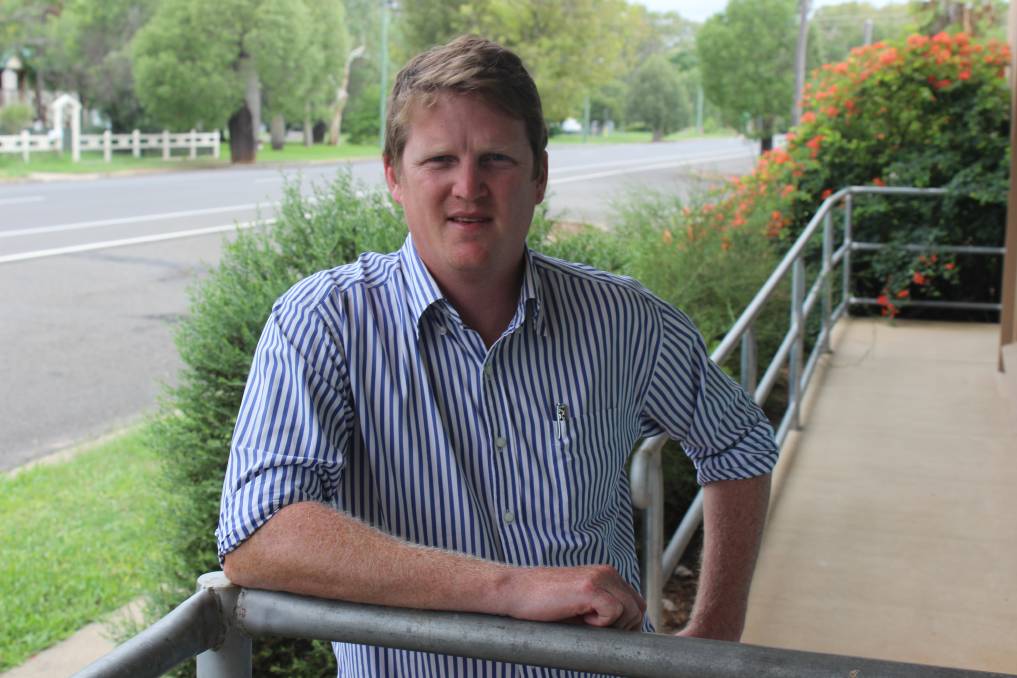 Mr Marland is confident that the class action will continue to gain support from the surrounding community.

"We had a big meeting recently with 62 growers and we raised $400,000 in an hour, to progress the class action, and that money is going towards getting our experts' reports and getting our material drafted and filed," he said.

"What we are saying is, there's a breach and these will be the losses going forward into the future.

"The calculation of the losses will take a lot of time, but we just wanted to start the process as quickly as we can, because we want to put pressure on the government to do the right thing and fix the dam.

"It's not a $100 million class action, it's billions of dollars and that's just production loss, you don't even start calculating things like capital value or appreciation assets."

The class action has identified more than 650 directly affected allocation holders in the Burnett system.

Mr Marland said they were aiming to have documents filed by the end of May and will be seeking the first court hearings in June this year.

"We haven't actually formally started signing up members to the class action because there's actually a fairly in-depth process with that but we'll start doing that over the next couple of weeks," he said.

"We've got about 120 expressions of interest to join and that's just people approaching us, effectively." 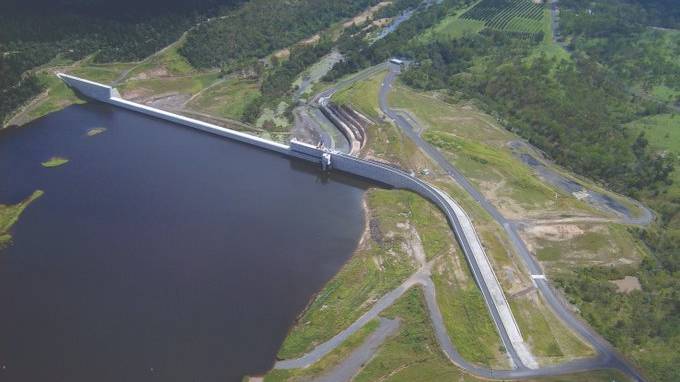 BURNETT RIVER: The 300,000 megalitre Paradise Dam is being reduced by 5m after safety concerns were raised about the dam wall's integrity. Picture: Sunwater

'Forecasting ahead of time is challenging'

Sunwater has consistently maintained its decision in relation to Paradise Dam has always been about protecting both lives and livelihoods.

A Sunwater spokesperson said they communicate regularly with the broader community to ensure they remain well informed about available water supply.

"The decision to lower the dam wall has been made to improve the safety of communities living downstream of the dam, while longer term remediation of the dam is designed and implemented," the spokesperson said.

Sunwater said there was enough water in Paradise Dam and in the Bundaberg Water Supply Scheme to meet allocations for the 2020-21 water year.

"Water allocations are set at the start of the water year and cannot decrease as dam capacity levels reduce. Should inflows occur however, allocations can increase - to a maximum of 100 per cent," they said.

"Sunwater undertakes announced allocation forecasting one to two months before the start of the next water year.

"Forecasting ahead of this times is challenging as it is subject to many variables and unknowns such as inflows, weather conditions and customer usage."

A spokesperson for the Minister for Water Glenn Butcher said the Palaszczuk government remained focused on providing water security for the Bundaberg region to ensure the local economy can grow and create jobs.

"In March 2020, Sunwater applied to the department to amend the Bundaberg Water Supply Scheme operations manual to mitigate the effects of the essential works to Paradise Dam on water entitlement holders," the spokesperson said.

"The amendment allowed Sunwater to make unsold water allocations from the Burnett River sub-scheme available to existing users, including local farmers and businesses.

Sunwater and the Minister would not comment on potential legal proceedings. 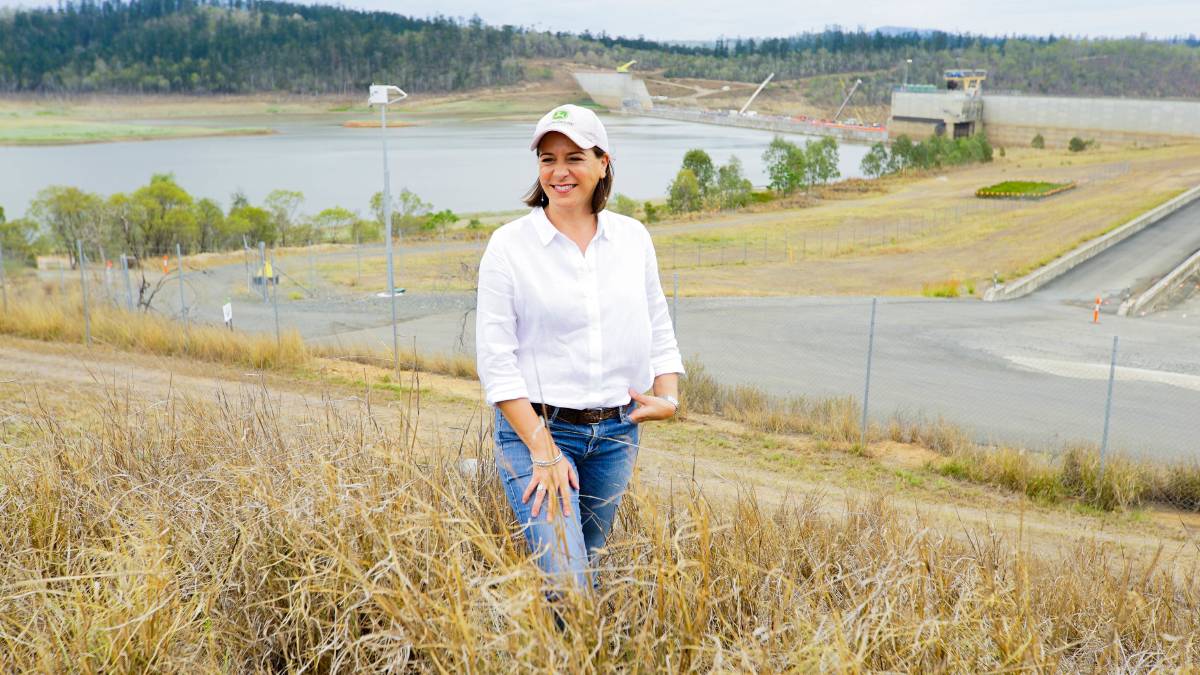 LNP Water and the Construction of Dams spokeswoman Deb Frecklington said Paradise Dam is one of the cornerstones of the Wide Bay economy.

Opposition Water and the Construction of Dams spokeswoman Deb Frecklington said farmers in the Wide Bay and Burnett region deserve certainty on where future water for their job-creating crops will come from.

"Labor's refusal to guarantee that the Bundaberg irrigation scheme would be returned to its original capacity will gut $2.4 billion and thousands of jobs out of the region's economy," Ms Frecklington said.

"It's time for the Annastacia Palaszczuk to end her silence on Paradise Dam and do the right thing by the Wide Bay and Burnett community."