The reluctant lending policy of banks towards rural and remote borrowers was driven home by Burke Shire Mayor Ernie Camp when he met with Prime Minister Scott Morrison in Cloncurry last week. 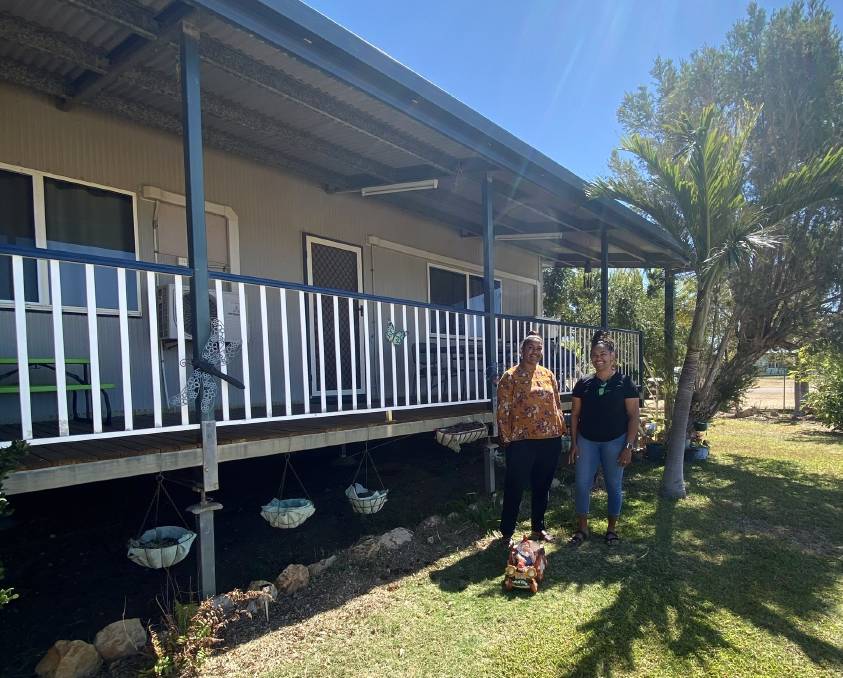 Burke Shire's manager of governance Madison Marshall in front of the house she has purchased from the council, along with her sister Jordan Marshall, who wants to build her own home in the Gulf town.

The reluctant lending policy of banks towards rural and remote borrowers was driven home by Burke Shire Mayor Ernie Camp when he met with Prime Minister Scott Morrison in Cloncurry last week.

The "utterly crippling" effect of a housing shortage that is quashing local government strategies for regional economic growth, and the difficulties being experienced to borrow to own or build a home, plus ways of dealing with it, were outlined by Cr Camp.

Some 30 per cent of the houses in Burketown are owned by the council and filled mainly by staff, and the council last year got state ministerial approval to offer them for sale to employees rather than going to the open market.

However, the issue of finance reared its head, according to CEO Clare Keenan, when most banks approached saw the postcode and said "we don't loan there".

Westpac was the only bank supportive of the program to unlock local housing for staff, offering nine mortgages, but the council would like to see the federal government work towards sustainable home ownership in remote communities.

"This is an issue that impacts every regional and remote local government in Australia, not just the Burke Shire," Cr Camp said. "To progress and be sustainable, we need brains and capital, and we've got no shortage of smart people in the regions."

Ms Keenan said the risk profile of potential buyers in towns such as Burketown wasn't at all high.

"These people have stable jobs in towns that went okay through COVID, and are earning good money - the banks are skewed in their thinking," she said.

As well as scrutiny of banks' lending policies, the Burke Shire Council would like to see the First Home Buyers grant targeted to remote regions, and be able to be used to buy existing houses.

"I can't remember the last time a new home was built in Burketown," Ms Keenan said.

"The grant is a great incentive on the east coast where tradespeople are fully employed but it's not helping here.

"First home buyer incentives should reflect the differences in property trends in regional and urban areas by applying to existing homes outside our major centres, not just new homes.

"The government needs to ensure that the long-term objective is to incentivise the home ownership that supports the survival of our communities, and not just prop up the construction and real estate industries."

Ms Keenan added that the housing shortage wasn't a recent problem, saying it was one of the top items on the agenda at every regional meeting and conference they attended, and she was disappointing that council "had to go it alone" to push the postcode discrimination message.

She said that the state hadn't built a house in the community for eight years.

While the council hadn't either, it was going to use the proceeds of the sales to construct more housing, Ms Keenan said.

"State Housing told us that to build a three-bedroom home in Doomadgee, it would cost $780,000.

"And then you've got to factor in the availability of tradespeople."