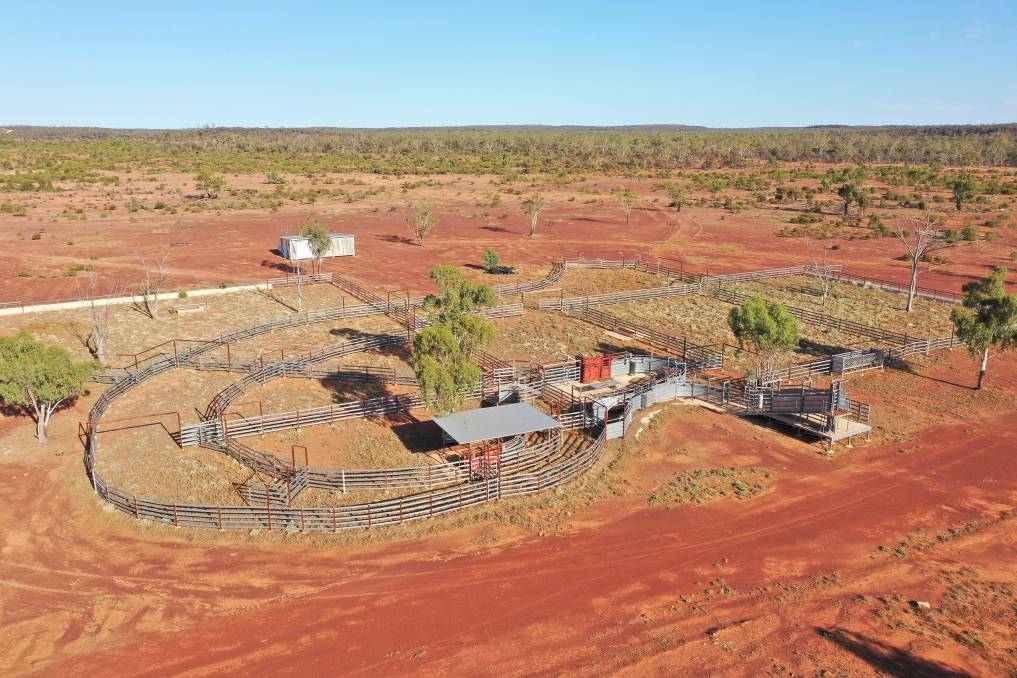 Nimboy has an impressive set of cattle yards.

Interstate investor looking for a lessee on Nimboy.

MULGA lands property Nimboy was on the market for $3.1 million has now sold in the vicinity of the asking price. Located 102km west of Charleville and north of Cooladdi, the 52,245 hectare (129,100 acre) property comprises of five freehold and one small leasehold lot.

The property was offered by a China-based foreign investor and has sold to an interstate passive investor. The new owners are now seeking to offer Nimboy as a lease proposition in the short to medium term.

Selling agent from the Resolute Property Group Ben Forest said the country would suit a cattle producer seeking a carrying capacity of between 800 to 1000 head.

He said he was looking to have a lease in place by February 19.

Nimboy is made up of slightly undulating country in the headwaters of the Paroo, with the Mercian and Quilby creeks flowing from north to south into the Paroo.

The country is fenced into 12 major paddocks and six holding paddocks, with the majority of the fencing is three barb and steel posts with some ringlock and other netting. The boundary includes more than 30km of exclusion fencing.The property is predominantly mulga, poplar box country with gidgee, sandalwood and yapunyah areas. There are both red loam and black soils, which grow annual grasses, buffel and herbages.

Nimboy has an impressive set of cattle yards. Water is supplied by about 20 dams and a bore at the homestead, which services a 260,000 litre Rhino tank and troughs in nearby holding paddocks.

Other improvements include a four bedroom/two bathroom homestead on steel foundations, three bay garage, six bay machinery, and a cottage with an attached ATCO building with two additional bedrooms. There is also a three bedroom donga, stables with skillion, and an old shed.