Suncorp Stadium might have statues to Wally Lewis and other Queensland Rugby League greats but Ilfracombe is going to be known as the home to a statue to its hometown hero, Matt Scott. 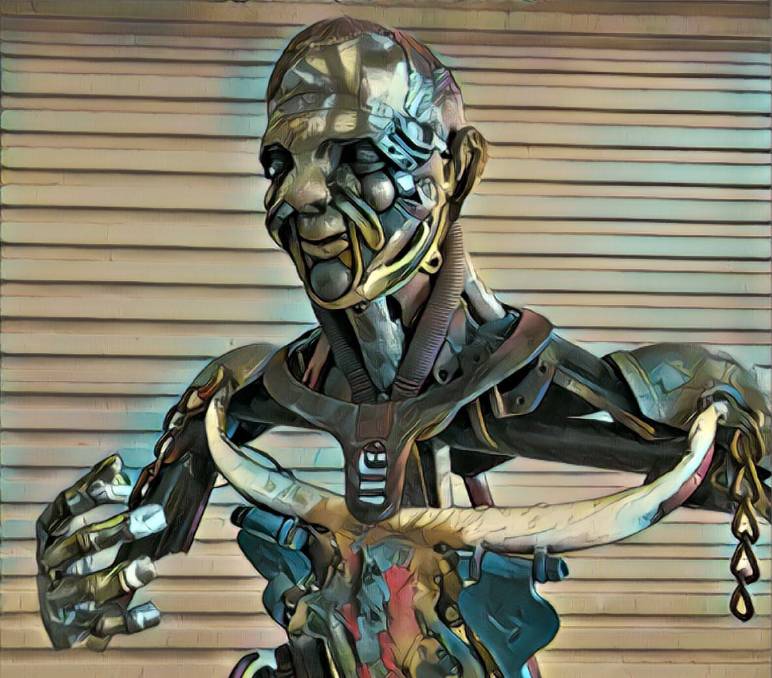 The statue to Matt Scott is still very much a work in progress in Milynda Rogers' studio.

Suncorp Stadium might have statues to Wally Lewis and other Queensland Rugby League greats but Ilfracombe is going to be known as the home to a statue to its hometown hero, Matt Scott.

Well-known western Queensland metal sculpture artist Milynda Rogers has been commissioned by the Ilfracombe District Progress Association to produce the 1.9m statue that will stand in the town park.

Ms Rogers, who is the creator of the Lake Dunn Sculpture trail between Aramac and Jericho, possibly the biggest permanent outdoor sculpture exhibition in the world, has already shown her style with a 2m statue to fellow North Queensland Cowboys champion, Johnathan Thurston.

She immortalised him in metal in 2019, placing him on the 200km trail along with the 37 other metal artworks.

"That's how I ended up with this job - local people on a bus trip saw the Thurston statue and thought one for Matt would be good," Ms Rogers said.

And she says Matt, whose family still has a construction business in Ilfracombe, has been providing valuable input to the construction.

"He said he wanted to be shown wearing his Cowboys uniform rather than a Queensland or Australian one, and it's the dark blue one."

Best of all, the family has donated some of his grandfather's tools to incorporate into the statue. 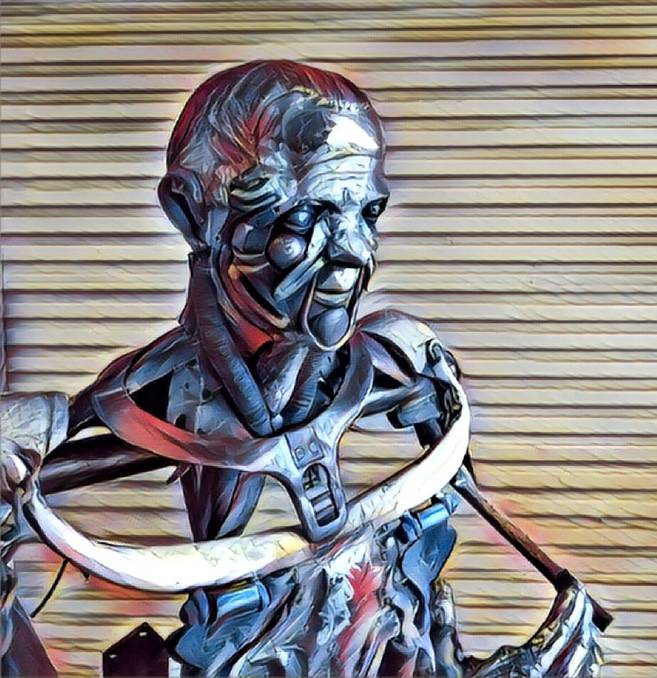 Another view of the work to date, before the sanding and polishing begins.

Judy Gowing is the secretary of the Ilfracombe District Progress Association and she said Matt was "pretty chuffed" with the honour.

"We wouldn't have done this if he wasn't on board, but it's going to be really good for the town and the young ones that are down," she said, adding that they hoped to inspire young locals who might think they could follow Matt Scott's lead and play for their state.

"Here is where it all starts for so many young players," she said.

A Gambling Community Benefit Fund grant has been accessed but the small group is still short $11,5000 of the necessary funds.

Because of the drought and loss of jobs it's finding it hard going to fundraise locally and has approached the Central West Rugby League community.

"As most people are aware Matt and his family lived, worked and were educated in Ilfracombe," Ms Gowing's letter reads.

"I don't think I need to sing his praises or list his achievements to the rugby league world but suffice to say, we as a community are extremely proud of Matt and all that he has brought, one way or another, not only to the wider rugby league community but also to the juniors in the western area.

"Given the recent and indeed ongoing drought in this area many of our youth are struggling with mental health issues and feel challenged to aspire to jobs and in turn careers.

"A permanent reminder of a local that has risen to such heights can only encourage a more positive outcome and contribute to the mental health, instigate conversation and build more pride in the community.

"We would be so grateful if the rugby league world, Matt's world, could assist in some way financially."

Their many cake stalls and hundreds boards have thankfully been offset by the donation of a signed State of Origin jersey donated by the QRL's Peter Rafter.

Meanwhile Ms Rogers is working towards a March grant acquittal and spends most days in her workshop crafting hands and other body parts for the statue.

She said she undertook a workshop with the renowned Andrew Whitehead in 2019, to get a better understanding of how to create a likeness to a person out of scrap metal.

"I'd been hoping to get a commission to put it into practice," she said. "And I'm a real Cowboys fan so it's even better."

Ms Gowing said they expected to have the official unveiling later in 2021.

The tribute to Thurston is one of the favourite statues on the sculpture trail, according to Ms Rogers.

The new addition at Ilfracombe might now encourage viewers to head west to see its metal mate.