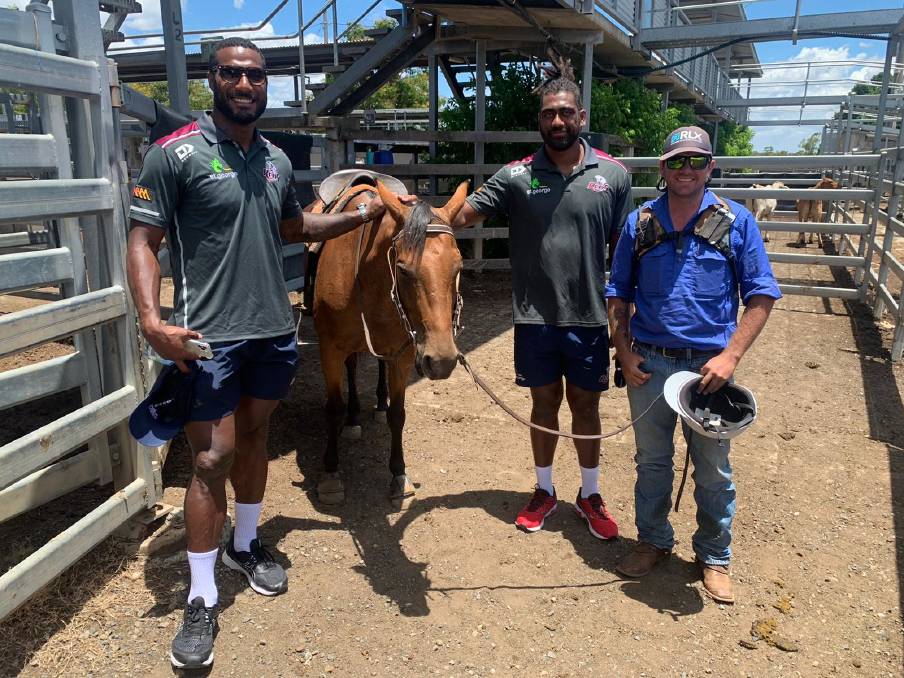 Reds players witness heifers selling for a new record price at the CQLX prime and store sale on Wednesday.

QUEENSLAND Reds players traded the football field for the Central Queensland Livestock Exchange on Wednesday, where the price of heifers reached a new record of 510.2c/kg.

Reds players, Seru Uru and Suliasi Vunivalu stopped by during the Reds tour of the regions, where they met with fans and hosted junior rugby clinics in the Rockhampton area.

Prime and store cattle sale vendors and buyers embraced both players who had a full tour of the facilities with the CQLX backyard stockmen. 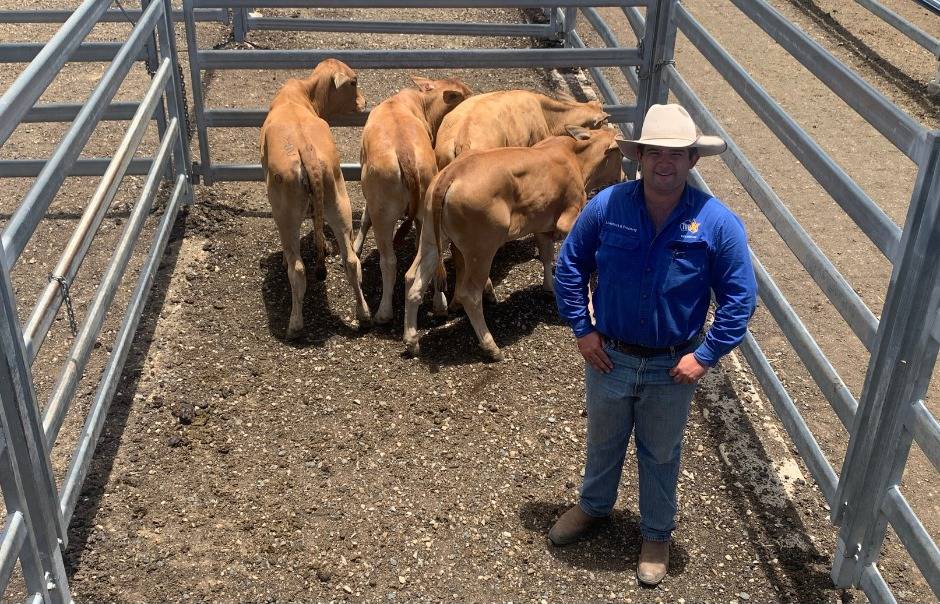 The steer price was also running hot, with A and D Power, Yeppoon, reaching 570c/kg for their 188kg Brangus pen that returned $1048/head.

Trent McKinlay, Nutrien Ag Solutions, Rockhampton, said it was the strongest sale he had ever seen.

"It attracted strong competition and made $1250," Mr McKinlay said.

"Great rainfall over the last three to four weeks has increased demand from local restockers, while lot feeders and processors were also very active."

Mr McKinlay said a highlight of the sale was 90 head from the MacGibbon Family Holdings, Nebo, reaching an average of 512.2c/kg for its large line of quality Brangus steers.

"Their top pen reached 524c/kg and was bought by a NSW restocker," he said.

Prime cows peaked at 305c/kg, and cows and calves returned more than $2500/unit.

Mr McKinlay was confident the positive market trends would remain at future sales.

"It seems to be getting stronger and stronger at the moment," he said.

"Our peak weaning period, from around April to June, is on track for great lines of young cattle to come through given the recent season."

Concluding their tour of the saleyards, the Reds donated a signed jersey that was auctioned off to support the Royal Flying Doctor Service.

Elders also donated some animal health products and CQLX donated $1000, which brought the grand figure to $3250 for the RFDS.

The prime and store sale saw more than 1450 head processed on Wednesday.