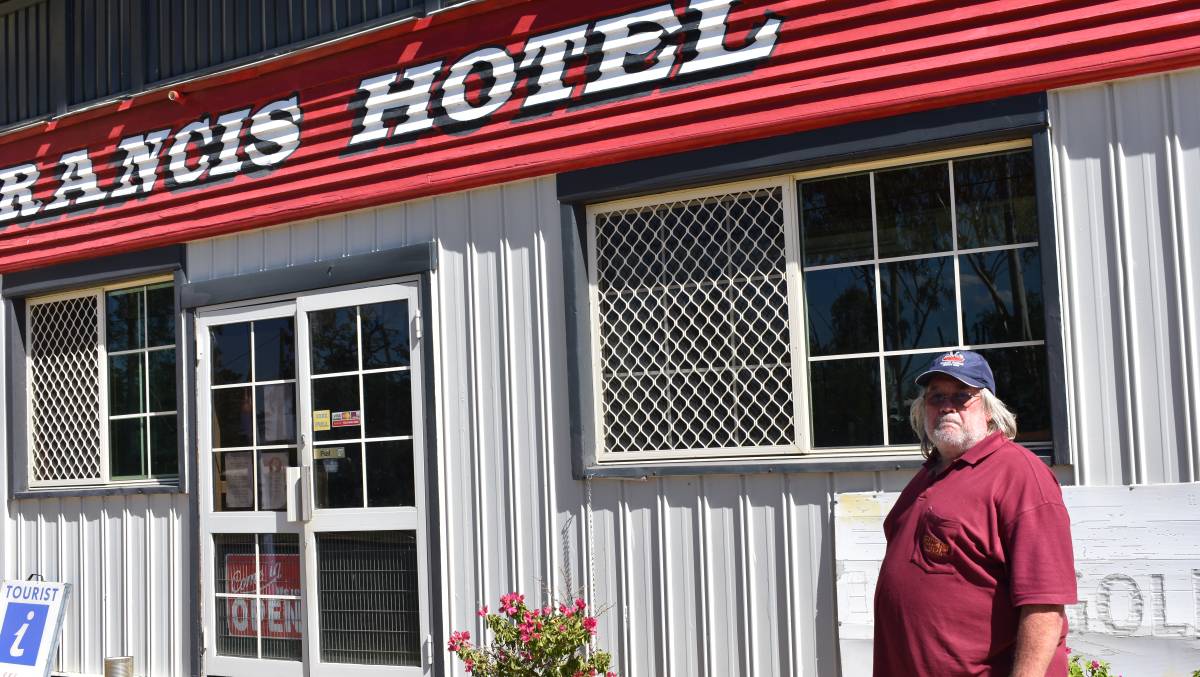 Publican moves on from Francis Hotel, citing drought and COVID as the reasons.

Publican Bryan "Gupps" Guppy is set to leave Thallon's one and only pub, The Francis Hotel, after four years behind the bar.

A lab-technician by trade Mr Guppy has been the towns go-to-man since his arrival in 2016. The Francis Hotel is Thallon's last commercial business, serving as the community's post office, general store and tourist information centre.

Years of drought have had a strangle grip on the small Queensland town and despite a boost in tourism from the award winning silo art, Mr Guppy said COVID was just one of the reasons he's saying goodbye.

"There's just not enough people coming through, I'm not sure if that's just one of the smaller affects of COVID," he said.

"When I first came here, there was about 100 people living in town and now we're down to about 60.

"Usually in January, we'd see a lot of school holiday tourism and we just haven't seen that this year." 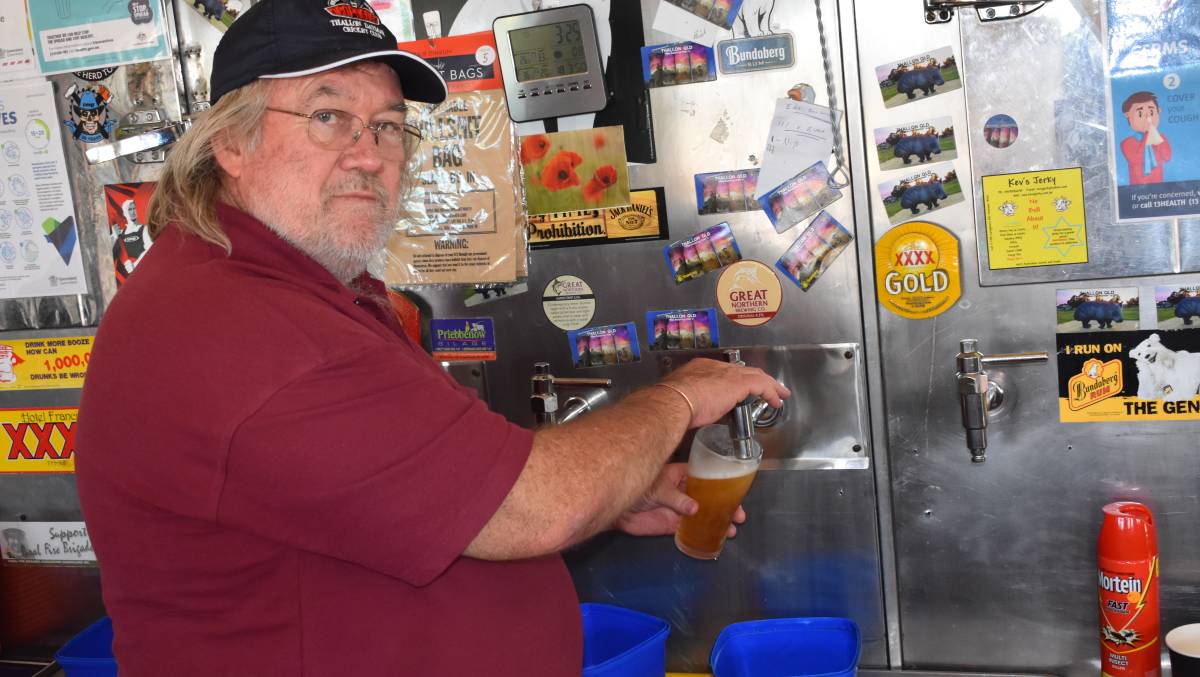 "Gupps" will still be pouring beers at the Grand Hotel in Gayndah.

A coast boy at heart, Mr Guppy's hair now sits on his shoulders. The publican said the new hairstyle reflected the his decision to move on.

"I decided with COVID it's going to be no hair cut year," he said.

"I'm in my early sixties and I'm not married. I came out here to try something different, I've always had the attitude that if it works it works."

"There's been more good times than bad times, but I had to make a commercial decision."

Mr Guppy said he has already made plans to come back but next time he will be on the other side of the bar.

"A few of the local boys and I are already organising a trip out west," he said.

"We'll make our way out to Birdsville, but I'll come pick them up through town and get myself a beer."

"Next time I'll be getting served a beer, I've had enough of that side of the bar."

Mr Guppy will be returning back home to the Burnett region, taking over the reigns at the Grand Hotel in Gayndah.

Leanne Brosnan, one of the Francis Hotels' owners, said the business is not going anywhere and that there is a new publican on their way.

"We're sad to see Guppy go but the future of the pub is bright with new management and big plans to grow the business," she said.