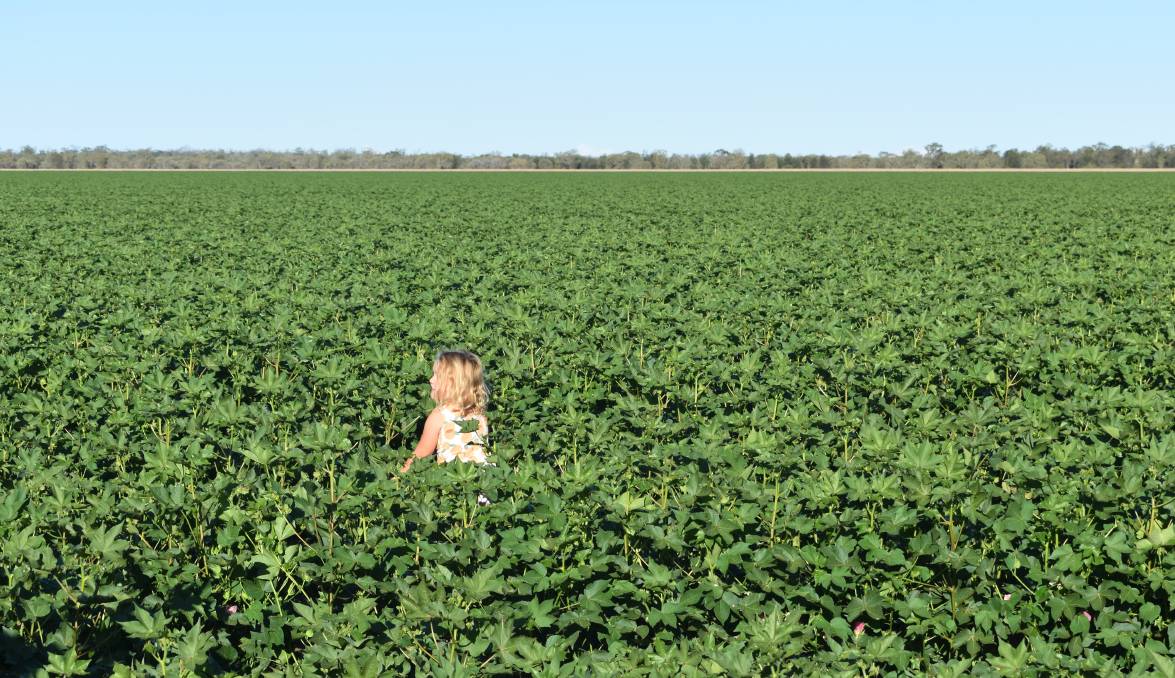 Field of dreams: Evie Coulton, Tandawanna North, Bungunya, running through the family's cotton crop, which was planted in late October.

Tom Coulton waited until late October before planting cotton on the hope of January rain.

Just enough rainfall from the La Nina rain event has given Bungunya farmer Tom Coulton and his young family hope that their 600 hectare cotton crop will make it through the season.

After a tough four years of dry conditions, Mr Coulton said the 60mm of rain his property received in the new year and high flows from the nearby Weir River should stop his crop from running out of water this season.

"I was going to probably run short on water if it wasn't for the patchy rain we've received," he said.

"As a farmer you're always optimistic and the last few years have been terrible, so when you start to get some rain it feels great."

Mr Coulton said he waited until the end of October before planting, hoping to get the best out of the predicted January rainfall.

As a farmer you're always optimistic and the last few years have been terrible, so when you start to get some rain it feels great. - Tom Coulton

"We had to plant a little bit later than usual because of the lack of water," he said.

"We put the plant date back on the hope we could run into some luck."

Mr Coulton used Bollgard 3 Sicot 748B3F, planting around 140,000 plants to the hectare and the crop has been irrigated three times. Mr Coulton said he was happy with the crop's strike rate.

"The strike rate has been good, we've seen about eight plants to the metre."

Defoliation is expected to be around the end of March to early April, with picking expected by the end of April to the beginning of May.

The property's rainfall has helped with all operations on the farm. The 60mm provided Mr Coulton's sorghum and cattle operations some much needed moisture.

"It's a very handy amount of rain, it's helped with my cattle operation and our sorghum foraging, all my cows are on that now," Mr Coulton said.

Mr Coulton said despite the rain being good, there's no illusion that it will last.

"We've had good rain here, but on other properties it has been really patchy," he said.

"We've been very lucky here and still I don't know if I'll have water for next year." 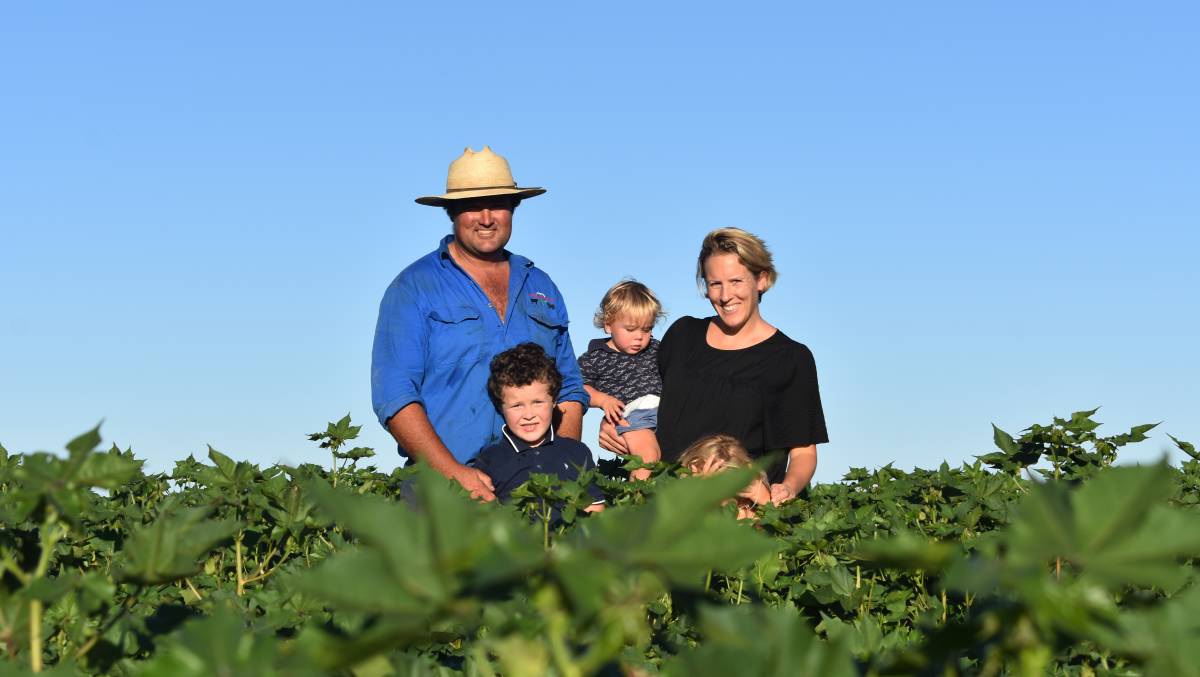 Mr Coulton farms in partnership with his parents, David and Kim Coulton, and two brothers, Andrew and Sam, trading as Morella Agriculture.

The family business purchased the Tandawanna North property in 2004 and Tom and wife Bridget moved in around 2008. Mr Coulton said it was the perfect place to build a family and raise their three children - Hunter, Jack and Evie.

"I grew up in Boggabilla and have been here all my life and there's nowhere better to bring up the kids," he said

"It's tough sometimes but I just want to be a farmer, it is what I love doing."