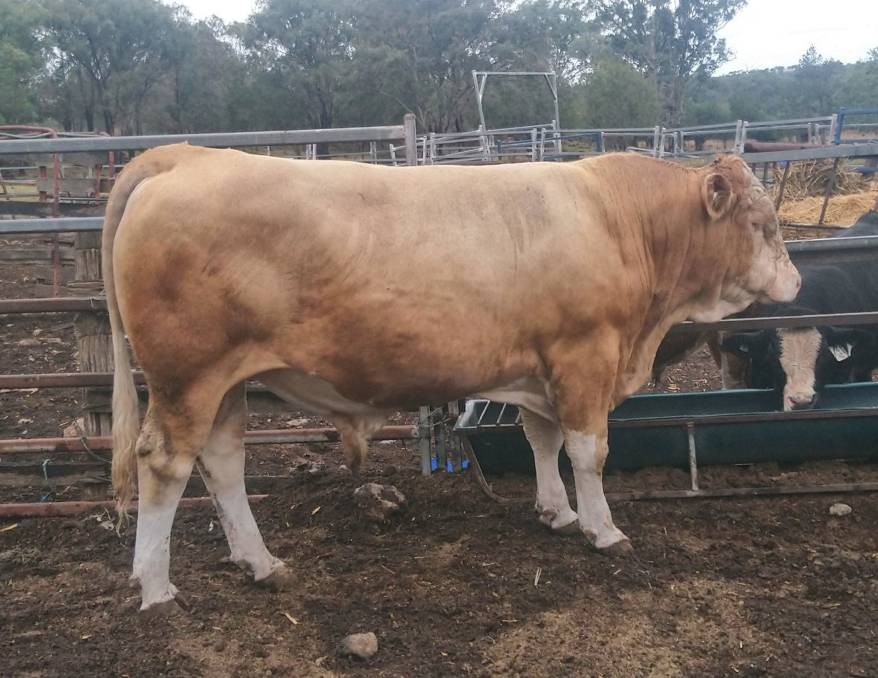 Calm and quiet: Pictured, in August, 2020, is one of the Springside Simmentals bulls Des and Wendy Jones purchased privately in September last year. The Joneses are currently running eight bulls from the stud in total.

The quiet and gentle progeny they receive is what has kept Injunes' Des and Wendy Jones returning to using Simmental bulls in their crossbreeding program.

The quiet and gentle progeny they receive is what has kept Injunes' Des and Wendy Jones returning to using Simmental bulls in their crossbreeding program.

The Joneses run their operations, under one PIC number, across a combined 5658ha, on Evergreen, purchased in 1982, adjoining Wyndham (1976), and their most recent acquisition, Nardoo (2012), which is used as a fattening block.

They run Simmental, Charolais, Brahman and Angus bulls with their Brahman and Brahman-cross breeding herd, and since they introduced Simmental bulls, in 2015, they've been getting excellent results with the crossbred article produced.

"The Simmental x Brahman is a great blend, we're getting good calves that sell for top money," Mrs Jones said.

She said the bulls are in with the females on a year-round basis, with a 80 to 85 per cent fertility rate being standard in their programs.

"Sometimes that rate is a bit lower or higher depending on seasonal conditions, but we're happy with where our average is."

The Joneses muster twice a year, with steers and cull heifers sold at 250-300kg, season dependent, through the Roma Saleyards store sales.

The Joneses have been purchasing bulls from the Rauchle family, Springside Simmentals, through the February All Breeds Sale in Gracemere, at Roma, and more recently, due to Covid-19 conditions, via private sale.

"We bought our last three Springside bulls on September 28 last year. We now have eight of their bulls in total.

"We like the Springside bulls because of their quiet and gentle nature. I can be in a water trough fixing a float near them and I have no worries that they'll get aggressive."

The Joneses have welcomed a deluge of rain since December 2020, which stands in stark contrast conditions 12 months ago.

"We did get good rain in February 2020, but it was dry before then. Through December of last year and January we've received a 242mm. The dams are full, and it has been beautiful soaking rain so our country is in great shape."

With things running smoothly at present, Mrs Jones said they aren't looking at making any changes to their operations in the near future.

"We're getting a bit older now, so we're hoping that our kids (who run their own cattle operations elsewhere) will eventually come home and take the reins when the time is right."