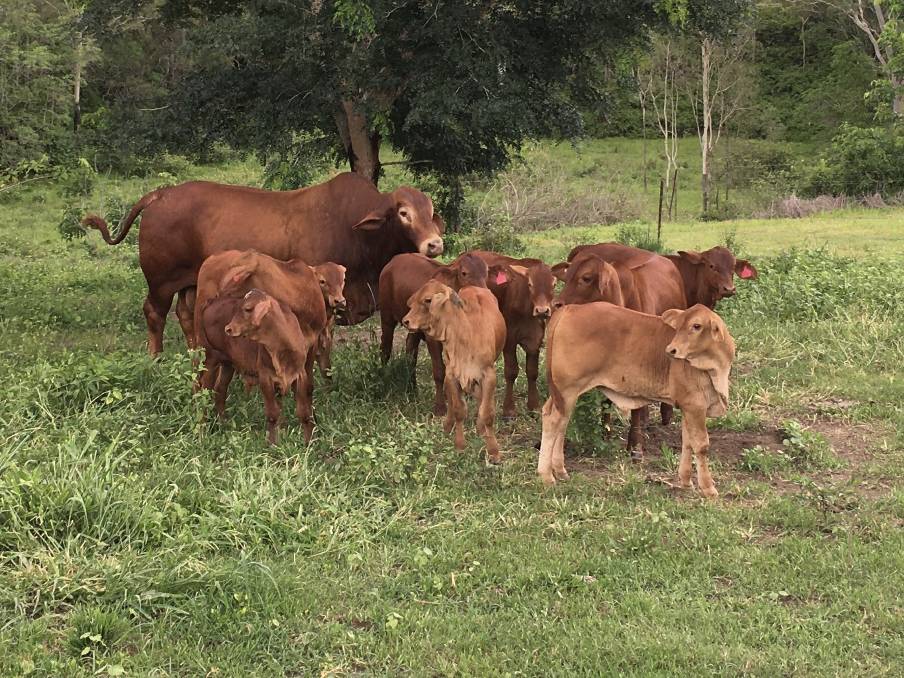 Breed ties: Mark Deguara has continued to run a predominantly Droughtmaster herd, after his father began utilising the breed close to 35 years ago.

The opportunity for Mark and Linda Deguara to put bulls purchased at the Highlands Droughtmaster Sale straight into their paddocks at an optimal time has led to the sale being a popular option for the family.

The opportunity for Mark and Linda Deguara to put bulls purchased at the Highlands Droughtmaster Sale straight into their paddocks at an optimal time has led to the sale being a popular option for the family.

With their young daughters Charley and Tiffany, the Deguaras run their mainly pure Droughtmaster breeding operation across their home property in Mia Mia, and Hazelbrook, 12km away in Pinevale, both in the Mackay region.

After several underwhelming seasons the Deguaras 2020-2021 Summer rainfall total of 275mm, to date, has their creek flats to range country in the Pioneer Valley looking lush.

"Hopefully it continues past Summer because in recent years the tap seems to shut off after that time," Mr Deguara said.

He said he has been around Droughtmasters since he was a kid when his father began utilising the breed close to 35 years ago.

"We've continued on with the breed, though we've added two Red Brangus and two Red Brahman bulls. We retain the cross heifers in the herd, and then cycle back to using Droughtmaster bulls." 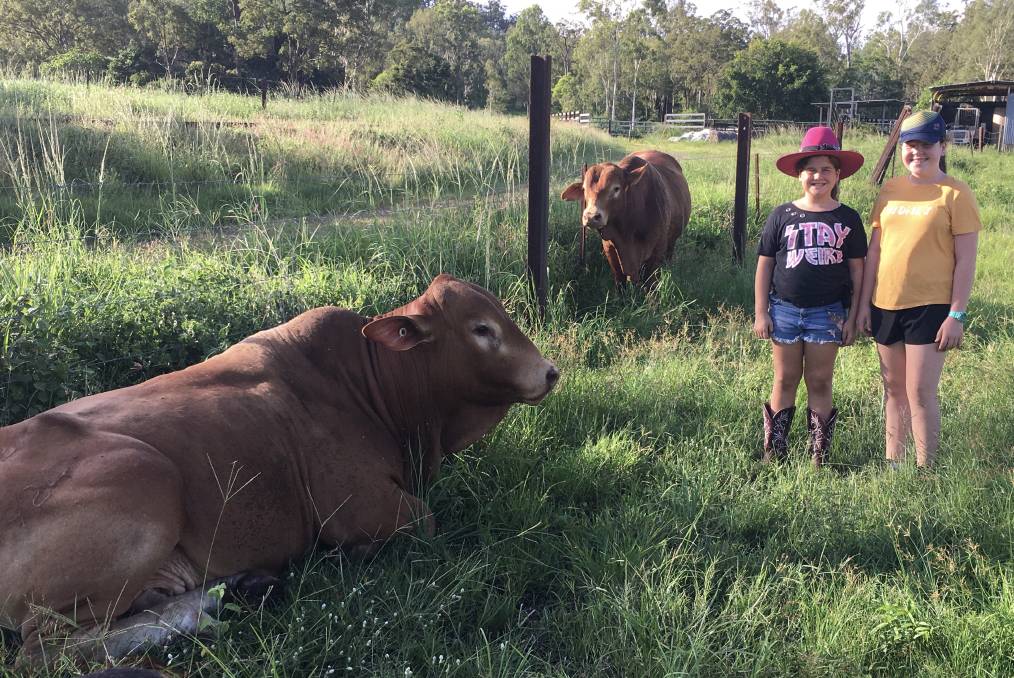 Charley and Tiffany Deguara on the familys' home property in Mia Mia.

The family own up to 20 bulls which allows for three to five bulls to be spelled/rotated, depending on how long they need it, so the herd has bulls in all year round.

"We hover around a fertility rate of 75 to 80 per cent. We're happy with those figures, considering our country, and the dry seasons we've faced for the last decade."

To ensure the herd remains fertile and functional the Deguaras cull females, which aren't in calf, within two years, and they also strictly cull for temperament with their two girls being in amongst the cattle.

They mainly sell 200-250kg weaner calves and cull heifers to the Sarina or Gracemere Saleyards.

The family bought their first bull from the Highlands sale 13 years ago, and they've attended each year since when possible.

"The sale is held when conditions on our country are usually at their best, providing us with a good window to introduce new bulls."

They look for bulls with body to carry beef, a broad docile head, and for the previously stated reasons, a great temperament.

The Deguaras have bought bulls from the Harvey family, Kenlogan Droughtmasters, for 12 years through the Highlands Sale, and from the 2019 Central Reds Droughtmaster Sale, in Emerald.

"The Kenlogan bulls blend in well with our breeders. They go straight out into the paddock and continue to grow, a trait which noticeably flow into their calves.

"The Harveys also regularly change the bloodlines in their herd so we get different genetics into our herd each time we buy from them."