Danielle and Andrew held their wedding at Canungra, where Danielle has strong family ties. 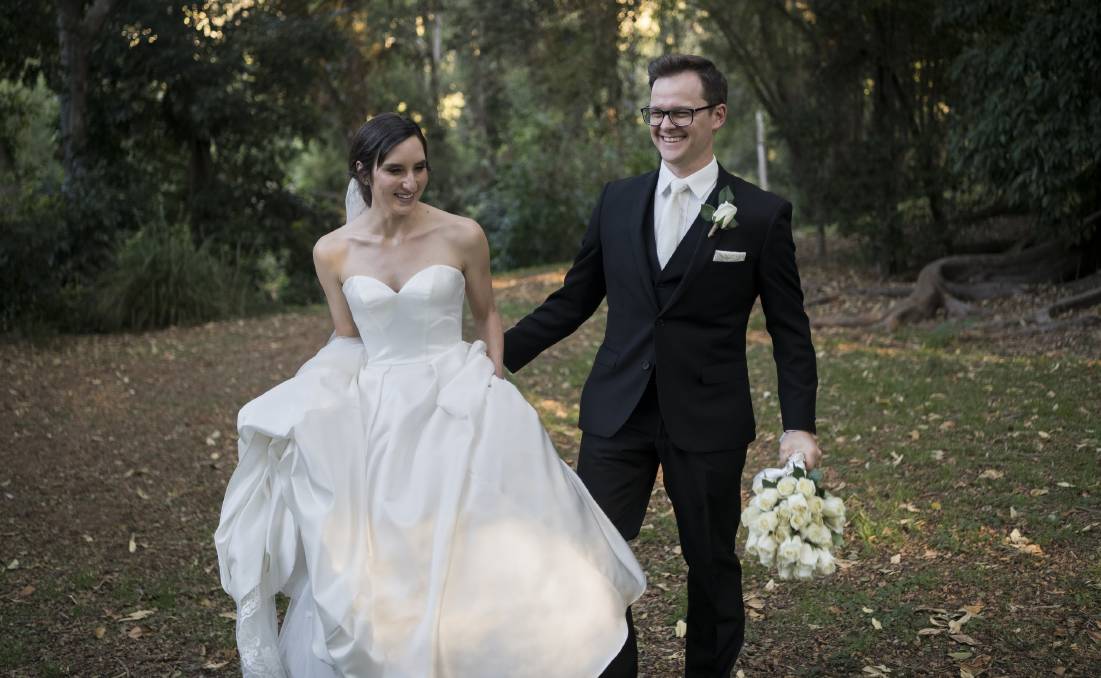 Danielle and Andrew met when friends played cupid and set them up for an evening together.

After asking Danielle's parents' permission, Andrew proposed during a Sunday drive to Husk Distillery in Tumbulgum for their anniversary on July 21, 2019.

They were married on September 26 at St Luke's Church, Canungra and celebrated with 50 guests at a reception at the Canungra Bowls Club hall.

The couple chose Canungra because it is sentimental to Danielle's family. Her grandparents grew up, met and lived there and her great-grandparents built the Outpost Cafe in the town. They wanted a country theme - rustic, small, simple - and found Canungra provided that warm country hospitality.

Andrew is the son of Libby and David Taylor and Danielle is the daughter of Rozlyn and Danny Ward. She is the granddaughter of John and Joy Jope, who lived in Canungra most of their lives.

Danielle's dress was from Brides of Brisbane, and the bride carried the lucky horseshoe her grandmother had carried on her wedding day from a horse that won the Doomben Cup.

The wedding cake was made by Flesser's Bakery Canungra and photographer Leigh Warner captured the couple's special day.

The newlyweds spent their honeymoon at Port Douglas and Palm Cove for our honeymoon. They had originally had planned to go to New Zealand, but due to COVID just swapped Queenstown for Queensland.

Have you recently tied the knot? We'd love to feature your big day! Email us at contributedqcl@austcommunitymedia.com.au with your wedding details and photos.