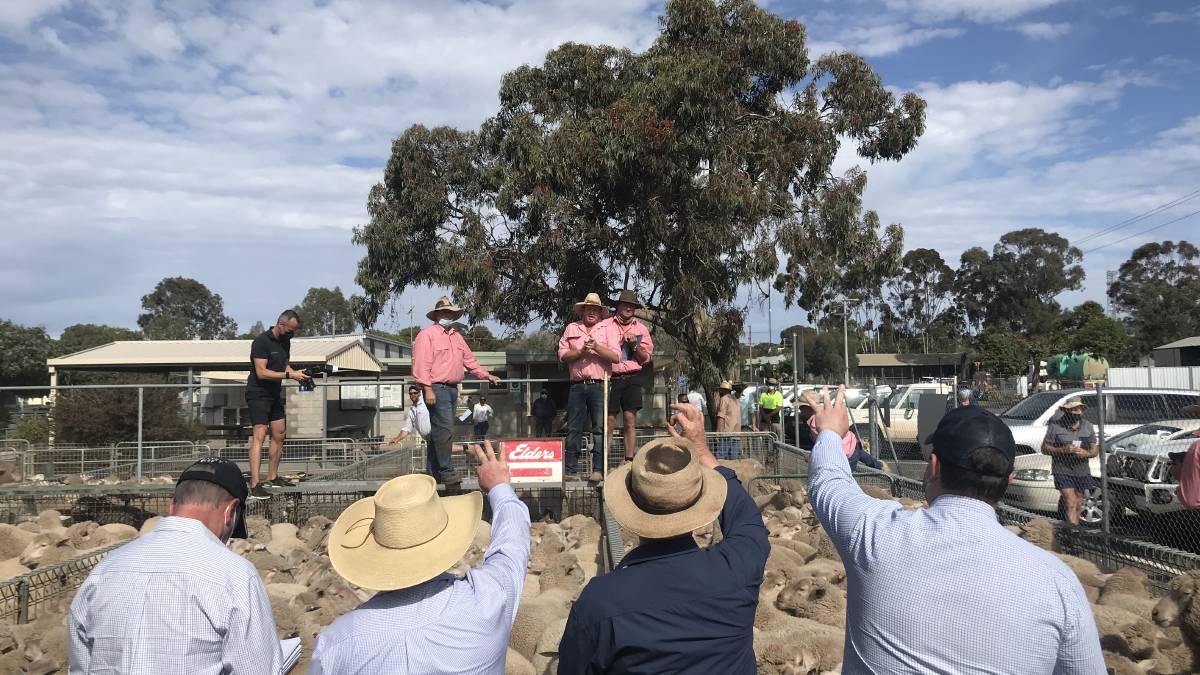 Lamb prices opened hotly for 2021, climbing higher throughout the first week with restocker lamb playing the staring role sitting 34 per cent higher than the opening week of 2020.

This week, the national indicators showed restocker lamb at 954 cents per kilogram, up 219c/kg year-on-year.

And according to livestock agents, if you're a lamb producer looking to offload, prices are expected to remain strong, for now anyway.

Elders Bendigo livestock manager Nigel Starick said the first two weeks of selling in the new year historically produce strong prices and can set the tone for the next two to three months.

"Traditionally we find the first two weeks in January generally pretty strong in Bendigo, and also across the board," Mr Starick said.

"But it is always an interesting period going through the first eight weeks of the year.

"Croppers want to get rid of their lambs in February or March so we get a feel for how many lambs are out there and how many are being kept for the later months, but it is sort of an unknown period.

"But we have been having good runs opening up the year. Last January was very good also."

In NSW, in the first week of sales lambs were up to $30 dearer at both Forbes and Corowa, while in Bendigo, most categories were up $20, with a lot of lambs making in excess of 900 cents per kilogram.

So how strong is the demand and will an increase of throughput of lambs affect the prices? Seems not a lot at this stage.

A surge of lambs entered the saleyards this week, but prices remained firm and if they did back off, it was only slightly.

At Bendigo sale on Monday there was a big jump in supply with 27,000 lambs yarded for an increase of nearly 20,000 head on the week prior.

Despite continued international uncertainty, trade lambs are selling for up to $30 dearer, indicating strong processor demand and despite some companies not operating fully, there was enough processor demand to handle the extra supply.

Mr Starick said with no contracts released for February or March yet, producers haven't had the opportunity to think about their options.

"If people sit back and wait or there are not contracts there, obviously the market sets the prices," Mr Starick said.

"But if a lot of contracts are taken up, saleyard prices could potentially come back because processors will have got their supply built up."