When other children living miles from Blackall down black soil roads were rejoicing that flooded creeks meant they couldn't attend school, Nigel MacDonald's kids had no such excuse. 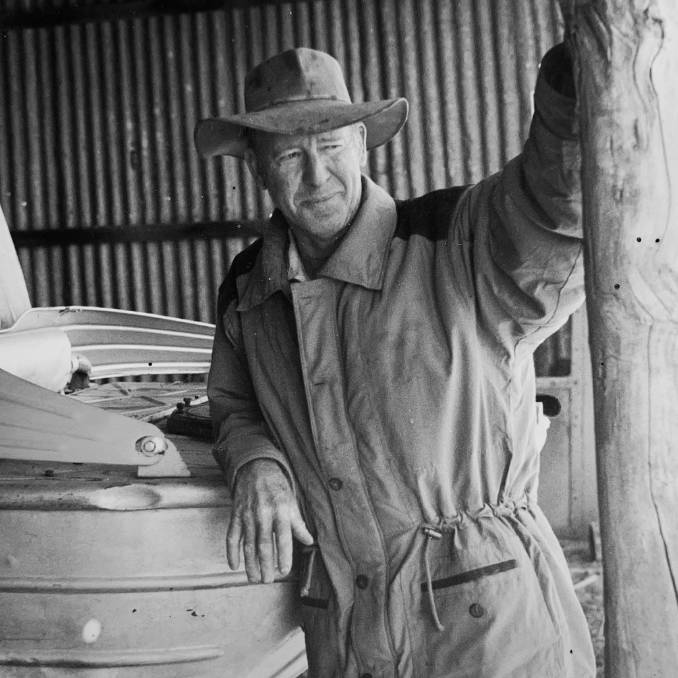 Although he passed away in 2020, Blackall grazier Nigel MacDonald's desire to ensure military vehicles didn't rust away in the paddocks of western Queensland has resulted in an enduring legacy.

When other children living miles from Blackall down black soil roads were rejoicing that flooded creeks meant they couldn't attend school, Nigel MacDonald's kids had no such excuse.

Among the grazier's extensive collection of military machinery was an amphibious jeep that was called into service to ford his reluctant offspring across the deepest creeks and boggiest roads to their classrooms in town in the 1970s.

Not only do Alan, Katrina and Natalie MacDonald have enduring memories of their father's passion for reclaiming and restoring military machines from the paddocks of western Queensland, but his wife Lindsay does too.

She was still a bride-to-be when Nigel travelled to Brisbane to purchase a reconditioned WWII Ford Blitz truck and used it, as the only transport available, to take her to a ball.

"I don't think she was terribly impressed," Alan said.

Its top speed of 50 to 65 kilometres per hour probably didn't impress Nigel much either, when it took him days to drive it home to Blackall 1000km away. The Ford Blitz truck used by Nigel to drive his bride-to-be to a ball in Brisbane.

According to Alan, outside of Ilfracombe's famed Machinery Mile, his father's extensive array is probably one of the largest in western Queensland.

"Once you become known as a collector, and people want to get rid of things, you get a lot of phone calls," he said.

That's how an Austin Champ, a postwar English four-wheel-drive, came to live at the MacDonald's property Coolatai after fellow Blackall grazier Bill Tennant offered it up.

Nigel passed away last year and Alan has become the custodian of the many trucks, each with their own story.

"Dad's main aim was to get these things out of paddocks where they're gradually subsiding into the downs," he said. "That's what mattered most to him." 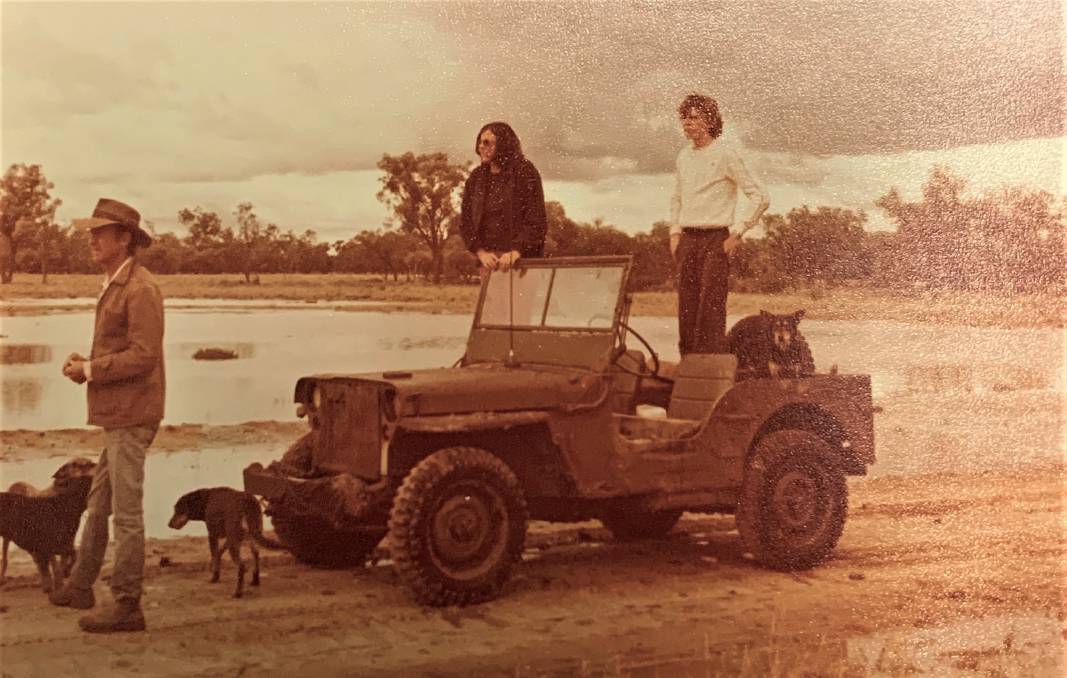 It all started when a young Nigel watched US armed forces convoy through Blackall during WWII, when Jeeps were in plentiful supply.

"There was a necessity for four-wheel-drives and World War II army Jeeps were the smallest and cheapest you could get at the time," Alan said.

"He used them for mustering - he didn't enjoy riding and he always said he'd rather have four wheels under him than two."

Related: Roger North rescuing history one Jeep at a time

The hull of the amphibious Jeep was rescued from the Blackall dump, where it had been used for target practice.

The mechanical parts had been stripped out and the hull had been left to rust.

"It took Dad years to rebuild it, and weld up all the bullet holes," Alan said.

All his effort means it's one of only 10 to 15 left in Australia and one of 50 left in the world.

For Blackall youngsters in the 1970s it meant a cruise up and down the Coolatai overshot during weekend picnics, or a ride on the coolest vehicle in Barcoo Rush festival street parades. 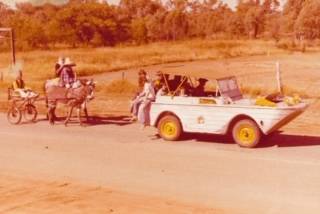 The amphibious jeep ready to take part in a Barcoo Rush festival street parade in the 1970s.

One of the Bren gun carriers was purchased for $700 from the Dendle family at Springsure in the late 1970s, being transported by train up to Emerald, out to Jericho and then down to Blackall, where the fully tracked vehicle was driven off the flat car onto the station.

Unlike some of the other vehicles purchased, these were "just for playing with", Alan said, adding that some people tried using them for pushing mulga in the years after the war, without a lot of success.

He and a friend Harvey Rich took one of them to the Rich family property Tilbury north of Blackall to convert to a buffel harvester but that idea didn't work either.

He understands its ownership has now passed on to another local property owner who is in the throes of rebuilding it.

As far as the Humber command car goes, Alan said the story went that the four-wheel-drive station wagon, which didn't see war service, had been used in Australia to assist with the moving of camera gear in sandy condition during the filming of Forty Thousand Horsemen but he couldn't verify that.

Another, a Ford Marmon-Harrington gun tractor, was rescued from a paddock north of Aramac in the 1990s.

Alan said the relevance of the vehicles to western Queensland was another important factor in his father's collecting policy.

The irony now is that none of the Jeeps, which started the fascination, are in working order these days.

"They went by the way when Landcruisers turned up, and side by sides," Alan said.

Read more: Keeping the light on an Australian icon