Rain set to continue to fall across Queensland. 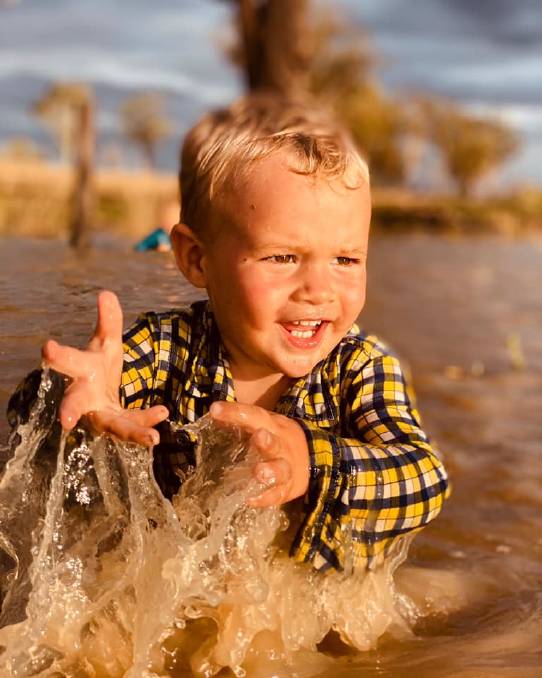 THE Bureau of Meteorology said this La Nina season is just passing its peak but the wet conditions should hang around until autumn.

La Nina was initially projected to reach its peak in December but the rainfall continued to pour down into the New Year, giving farmers in drought-ravaged regional centres a reason to smile.

BoM meteorologist Kimba Wong said that moving past the peak is not a sign the rainfall will be stopping anytime soon.

"Even though we are on a weakening trend, there is still a lot of potential to see the impacts of La Nina and we continue to expect above median rainfall."

Ms Wong said we should expect an easing trend from the recent fall in the southern inland region but the rain should make a comeback by the weekend.

"We have a trough coming in from the west, and that will be our best chance of seeing some rainfall over the weekend," she said.

Since the New Year, Dirranbandi in Balonne Shire has received more than 80mm of rainfall. A welcomed deluge for a region that only received 370mm in total last year.

Balonne was put into level three water restrictions just before Christmas and BalonneMayor Samantha O'Toole said the rainfall is promising but is still not enough.

"Rainfall across Balonne has been sporadic and many areas of the shire are still to receive meaningful rainfall," she said.

Beardmore Dam in the Balonne has received an inflow of 23,138 megalitres, increasing its volume by 32 per cent to a storage capacity of 46.22pc, with further inflows expected.

Despite the dam's rising level, Cr O'Toole said the community still needs to be conservative with its water.

"Although there have been inflows into Beardmore Dam, that water is shared between the environment and a range of water entitlements of which council is one."

In central Queensland, storage levels at three Sunwater dams (Eungella, Kinchant and Teemburra) have increased by 5pc or more.

Fairbairn Dam near Emerald has received much-needed inflows which is expected to continue as water inside the dam's catchment is collected. The dam currently sits at around 12pc.

A spokesperson from Sunwater said the rainfall across the state has been "promising".

"We are hoping for further rainfall during the summer, particularly within catchments still experiencing dry conditions," they said.

In the north of the state, Burdekin Falls Dam continues to spill due to significant inflows, while Julius Dam outside Mount Isa is at 99.4pc capacity. Tinaroo Falls Dam on the Atherton Tablelands has risen by about 10pc to 53.4pc capacity, while Peter Faust Dam near Proserpine has risen by almost 5pc to 61.5pc capacity.

BoM has recorded more than 47mm in Goondiwindi since the beginning of the year - a region that has been drought declared since 2014. 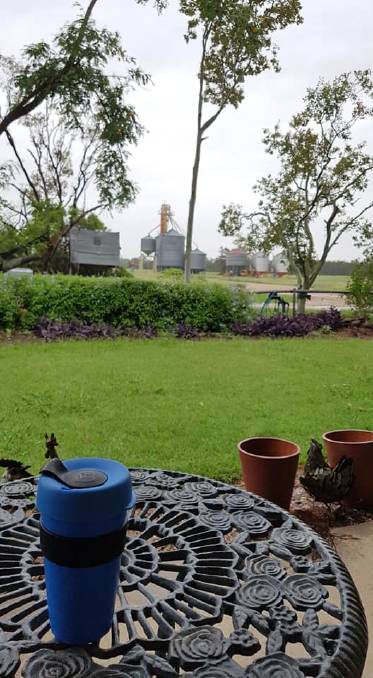 Clermont has welcomed 49mm this year and Longreach has received 32.6mm so far.

Abercorn in the North Burnett has received the largest downpour in the region - reporting 122mm so far.

Toni and Brodie Dingle operate a small cattle farm just five minutes away from Abercorn in Cynthia and said they've received 125mm in their family dam.

"It has been a long time since we've had this much rain," Ms Dingle said.

"Before this rain; it was the driest our dam had been. We were just waiting and wondering when are we going to get a bit of relief and now the dams are overflowing.

"It's amazing, we took some cattle out this morning and you can almost hear it growing. It's so lovely to see the grass come back green."

Meteorologist Kimba Wong said it's important to remember that not all of Queensland has enjoyed the La Nina rain event.

"We still have little pockets around the state that haven't seen drought-breaking rainfall just yet."

Ms Wong said that widespread rainfall isn't expected over the next week but sporadic showers and storms can be expected.

"In terms of widespread useful rainfall we are not exactly expecting that, it will be more in the form of hit and miss showers.

"But we're certainly in a much better position than what we were this time last year."