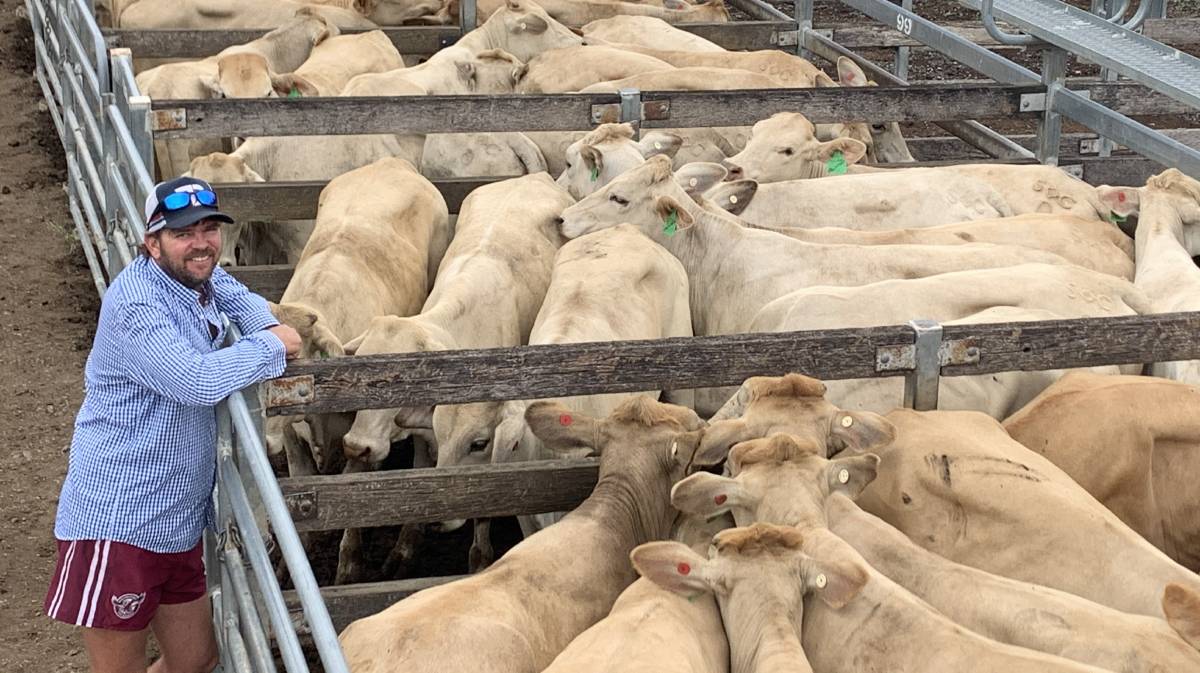 Vendor Scott Cleary, Colinton Station, with a run of 108 Charbray heifers bred on his Colinton property. The heifers were aged 14 to 16 months old, averaging $1406/hd selling to a top of $1510/hd.

There was a yarding of 520 cattle at Toogoolawah on Saturday.

Toogoolawah started the year at a cracking pace with a yarding of 520 head on Saturday.

Colinton Pastoral Co. sold an excellent line of 108 12 to 14-month-old Charbray heifers topping at $1510 to average $1460 which went to Casino, Tamworth and Grafton.