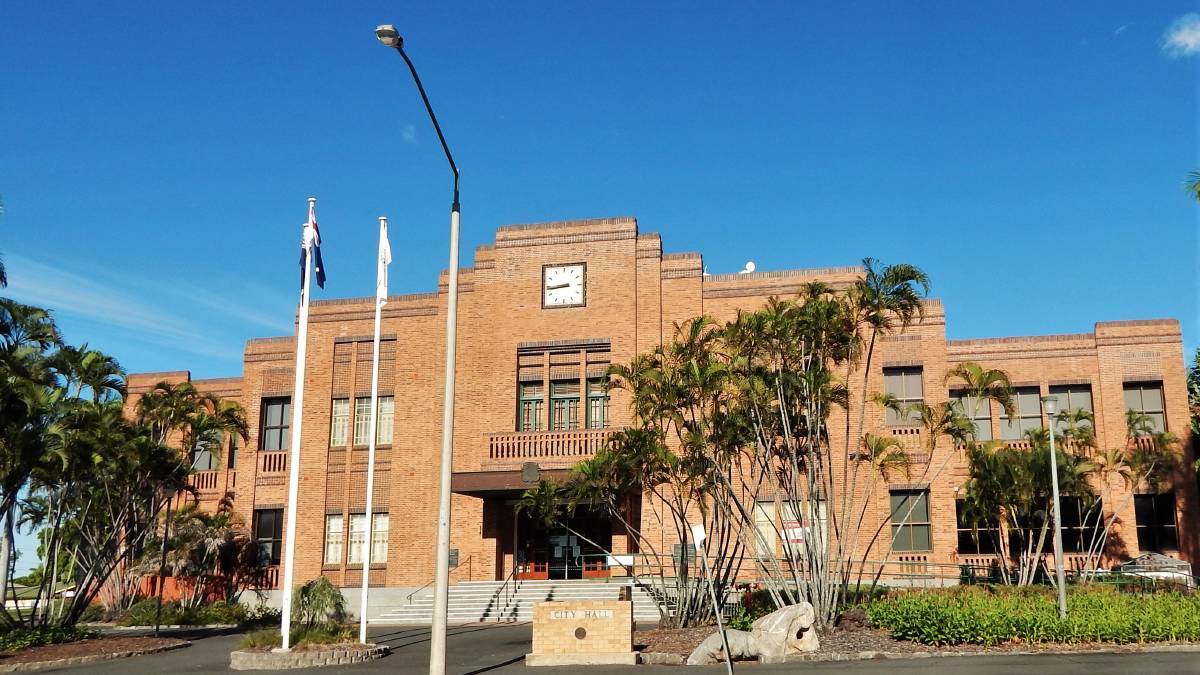 Seventeen Rockhampton figures have put their name in the ring for the upcoming Rockhampton mayoral by-election.

A record seventeen candidates have put their name forward for the Rockhampton Regional Council Mayor by-election to be held on Saturday January 23 2021, with early voting from Monday 11 January.

The Electoral Commission of Queensland (ECQ) announced that the Division 10 councillor by-election for Townsville City Council will also take place on the same day as the Rockhampton by election.

ECQ Commissioner Pat Vidgen said the by-elections were triggered by the resignation of Rockhampton Mayor Margaret Strelow, and election of Townsville's Division 10 councillor Les Walker to the electorate of Mundingburra at last years State election.

"Amendments to the Local Government Act 2009 passed by the Queensland Parliament on Wednesday 2 December (2020) include two key changes important to the current vacancies," Mr Vidgen said.

"Firstly, in the event of a Mayoral vacancy, the Act states a by-election must be held if the position becomes vacant within 12 months of a local government election.

"Secondly, the Act provides for councils to resolve whether to conduct a by-election or appoint a runner-up if a councillor's position becomes vacant within the same period."

Take a look at the Seventeen Rockhampton Mayoral candidates 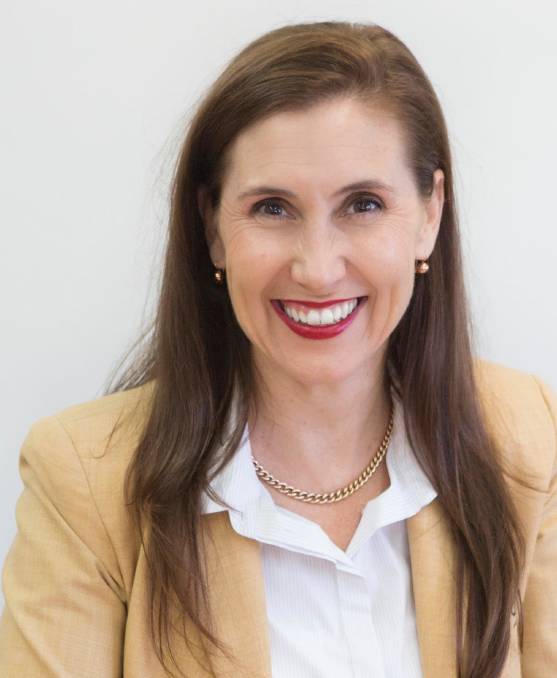 Cr Donna Kirkland has lived in Rockhampton for over 20 years now and brought up her children in the region and said becoming Rockhampton mayor has been a long-term goal for her.

"It was always my goal, my long-term goal to run for mayor at some point down the track and this has just sort of brought it forward," Cr Kirkland said.

"I've got 30 plus years of experience in running businesses, so I bring a fair bit of that business knowledge to the table in that regard and within council I've come to know that you're never just spinning one plate, there's lots of plates that you're spinning at the same time." 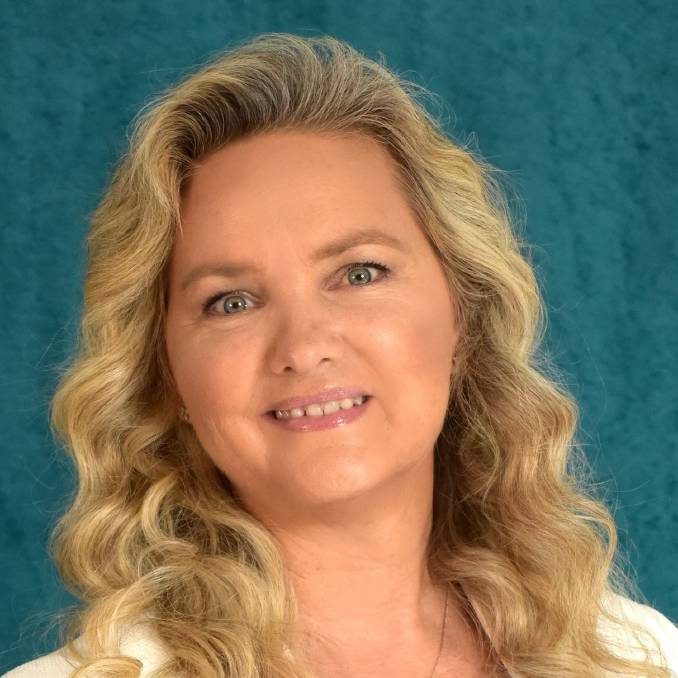 Cr Cherie Rutherford has been a Councillor for nearly 17 years including four years as Deputy Mayor and has chaired the Parks, Sport & Open Spaces Portfolio since 2008.

Cr Rutherford said growth and job creation is her priority.

"I have three very clear objectives to create jobs, attract investment and encourage development," she said. 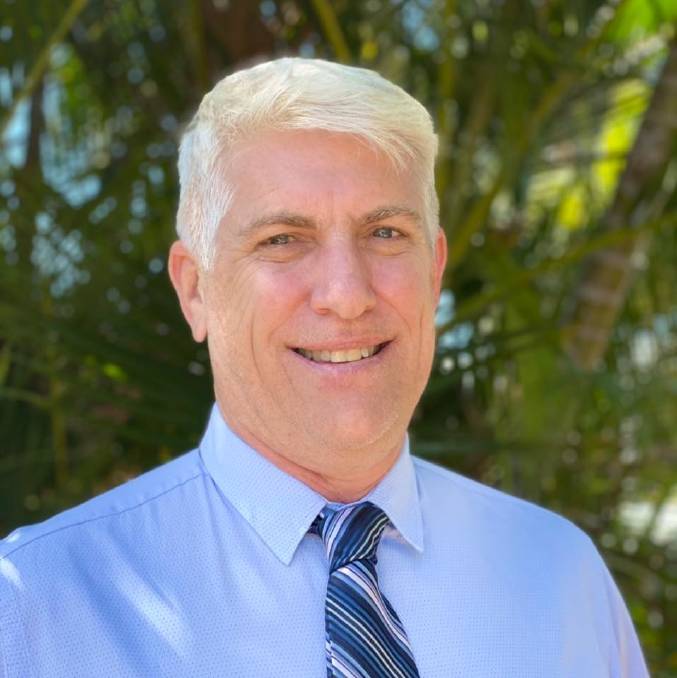 Mr Crow announced he will commit to providing an increased rebate for pensioners on their rates and limit any general rate-increases to the Council Cost Index issued by the Local Government Association of Queensland (LQAQ).

"I know some people struggle with their rates and they still live a decent lifestyle! Something needs to be done to further assist them and our pensioners in this regard and general rates need to be contained to no more than the LGAQ CPI rate," he said. 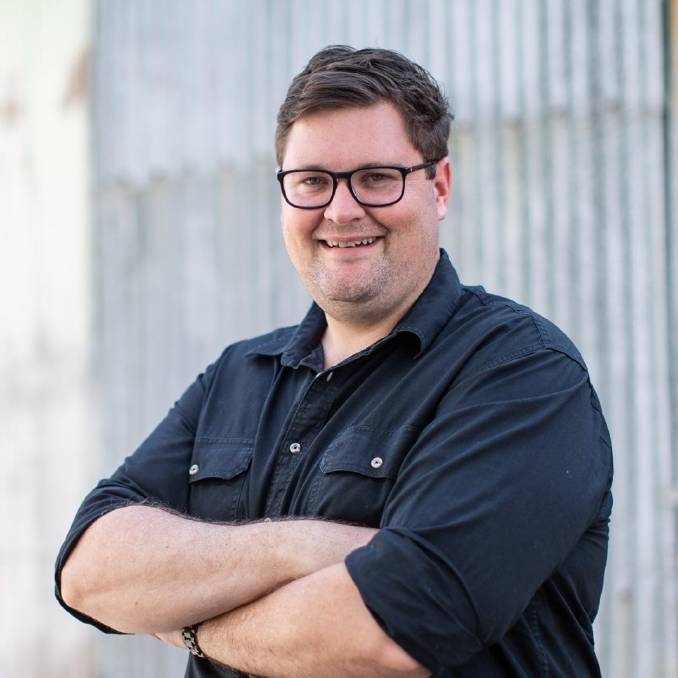 Local funeral home worker and 32 year-old media business owner Christopher Davies said the whole mayoral saga with Chris Hooper, persuaded him to put his name in the ring for mayor.

"I do want to focus on bringing industries into this area, we need to make it more attractive and provide some incentive for manufacturing businesses to come here and provide us some jobs and we need to start thinking of the future, providing more jobs to keep families here," he said. 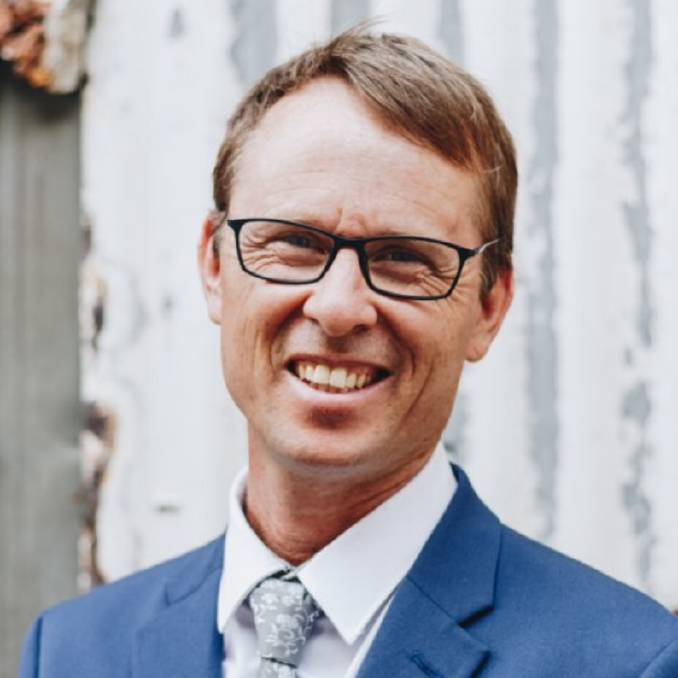 John Rewald has lived in Rockhampton since 1998, having moved in from Blackwater.

Mr Rewald believes his extensive roles in the Rockhampton region and having chaired a number of boards and CEO roles are the qualities he wishes to bring as mayor.

"Rockhampton Region needs a FRESH start and my role as Mayor will provide a fresh set of eyes within council," he said.

"The civil obligations as mayor will be vital for us as a region to interact with State, Federal Governments and International guests. Let's keep moving forward by providing stability, growth & community."

John Rewald has lived in Rockhampton since 1998, having moved in from Blackwater.

Mr Rewald believes his extensive roles in the Rockhampton region and having chaired a number of boards and CEO roles are the qualities he wishes to bring as mayor.

"Rockhampton Region needs a FRESH start and my role as Mayor will provide a fresh set of eyes within council," he said.

"The civil obligations as mayor will be vital for us as a region to interact with State, Federal Governments and International guests. Let's keep moving forward by providing stability, growth & community." 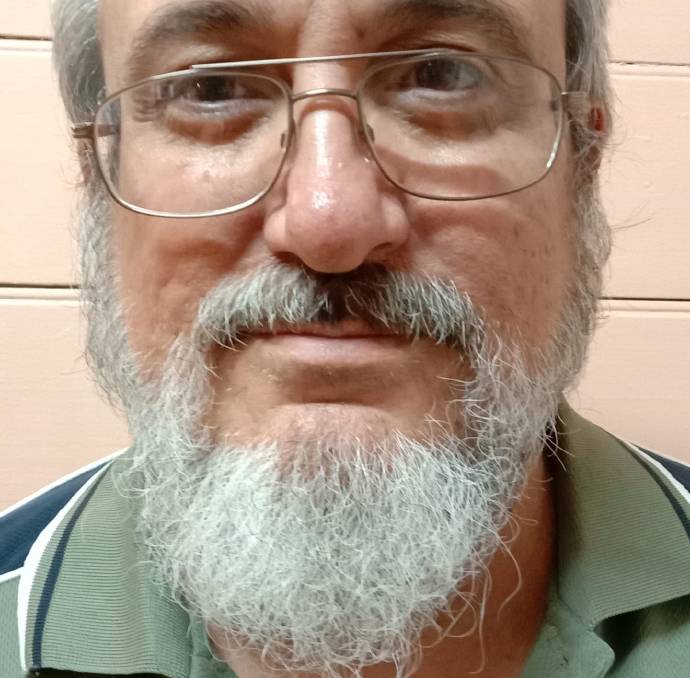 Finance manager and Rockhampton local Brett Williams has 20 years experience in finance in local government which he wants to bring back to the region.

Mr Williams said he would like to get back to basics, fix them before any big projects.

"I have worked in several Council's so I've seen how Council should work and how they shouldn't", he said. 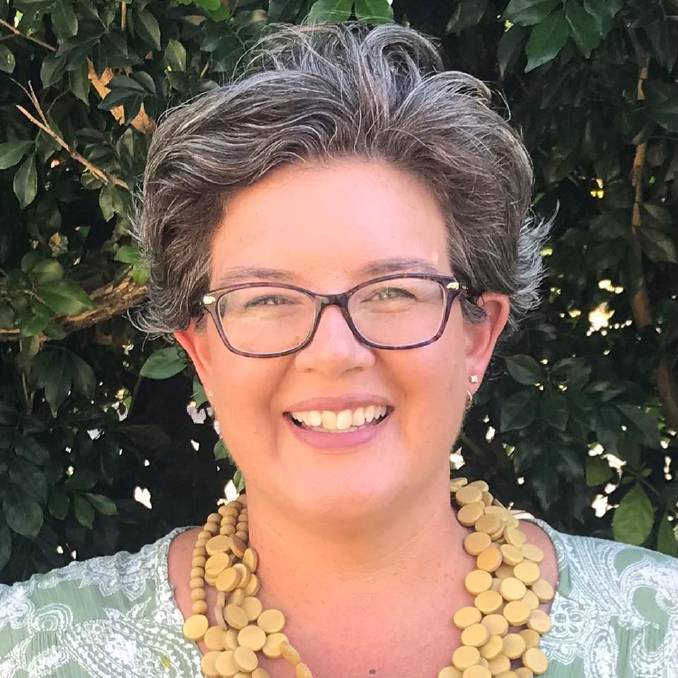 Miranda Broadbent was born and bred in Rockhampton and had been a school teacher in the region for over 25 years.

Ms Broadbent is hoping to serve the community of Rockhampton as Mayor.

"I've been interested in local politics for some time, but the timing of the by election has been perfect for me as I had resigned from my last teaching position and have made plans to start a new position in 2021," she said. 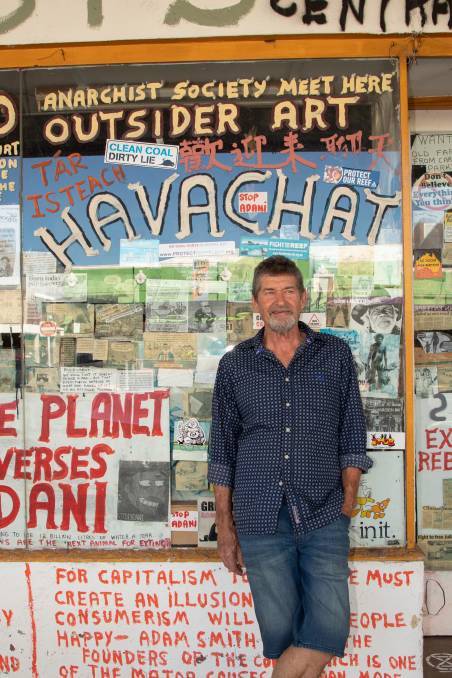 Mr Hooper received 10,622 votes or 30 per cent of the vote in the 2020 March local government election against incumbent Mayor Maragret Strelow, who retained 23,082 votes or 68.4pc.

Chris 'Pineapple' Hooper was expected to take the reins after the Councillor Conduct Tribunal found Cr Strelow guilty of misconduct, but the Palaszczuk government back flipped on legislation, which a mayor could be replaced by the next highest polling candidate rather than holding a by-election, if they resign in the first 12 months.

"It's time Rocky had a more down to earth mayor, someone who focuses on the people, not necessarily as a whole, but down to each individual person," he said. 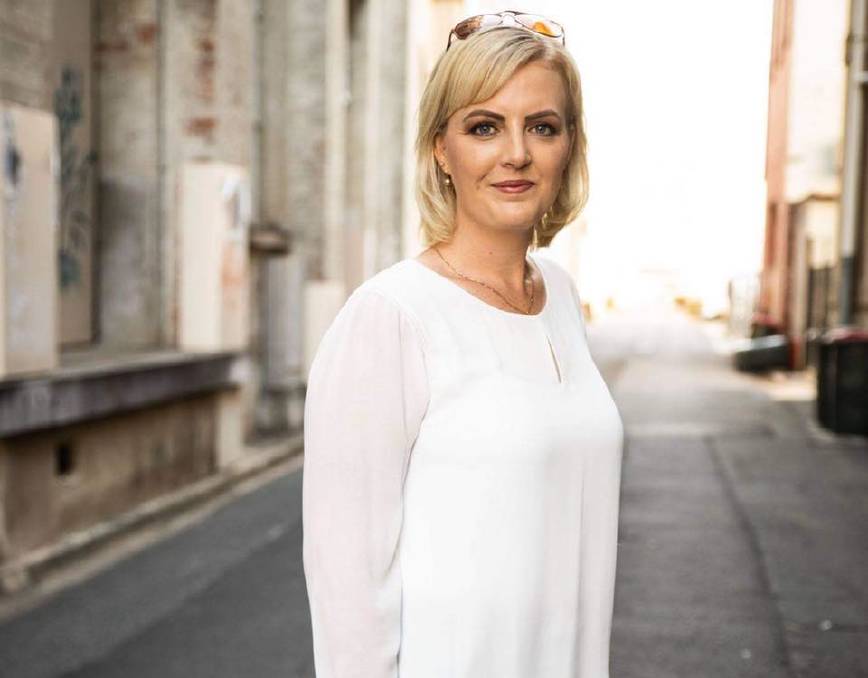 A Frenchville resident who has lived in Rockhampton for 25 years, Nyree Johnson said she was excited about representing her hometown and working across the community to build a brighter future for Rockhampton.

"I love Rockhampton and I'll be a strong voice for our region. Some of my priorities include stable leadership, greater community engagement, service delivery improvements and better spending on community facilities," she said. 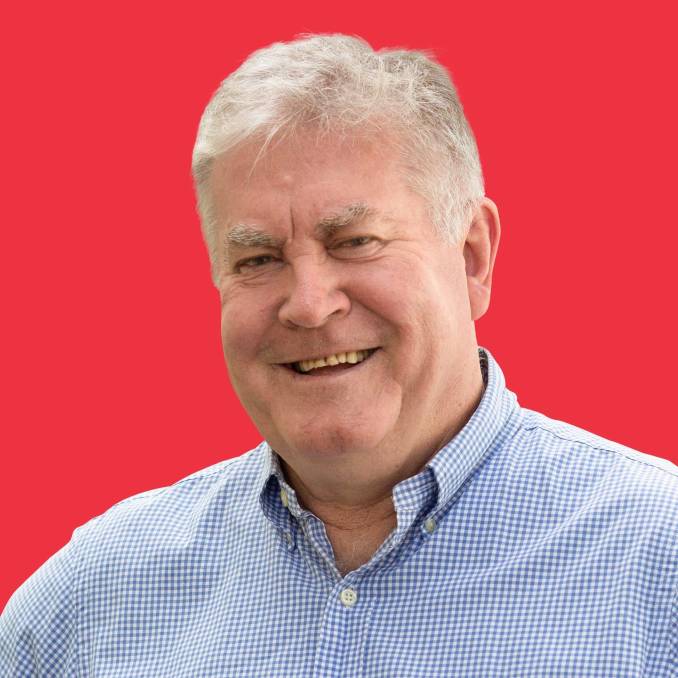 "I want to make it the best that it can be and to change the way council operates so that you firmly believe that everyday its focus is directed at your needs and aspirations," he said.

"That's what it's supposed to do but to achieve that the council needs a leader who can truly lead." 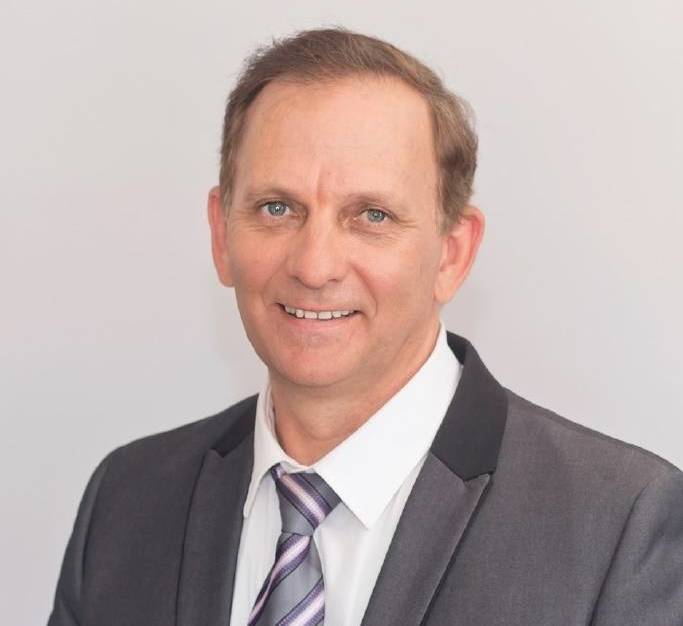 Cr Williams ran for the position of councillor 16 years ago after working at the Lakes Creek meatworks for 20 years, stating it was a big decision to make.

"I've decided it's time to make another big decision - and announce that I'm putting my hand up to run for Rocky Mayor," Cr Williams said.

"I have always had a passion for working with people, lending a hand to anyone who needs it and working to find solutions." 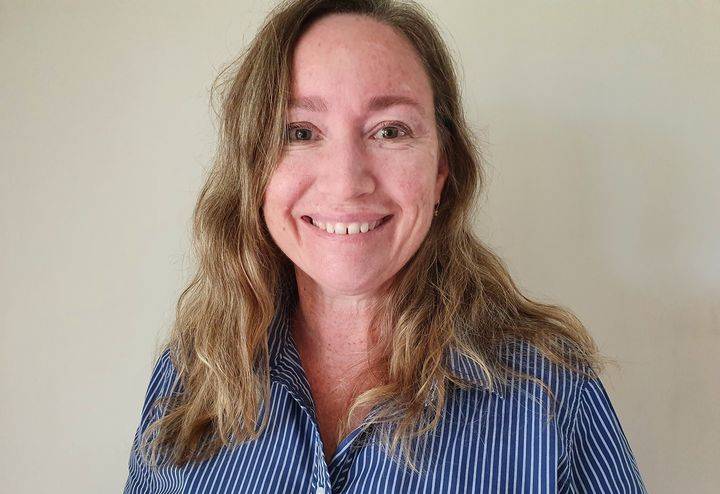 Rockhampton mine operator Bronwyn Laverty-Young wants the oportunity to develop the Rockhampton region as a great tourist destination and place to live.

"Creating job opportunities by collaborating with industries, small business and our farming community in our region while working with different agencies and engaging with our multicultural and indigenous communities to help our unemployed and young job seekers to return to and start their working journeys," she said. 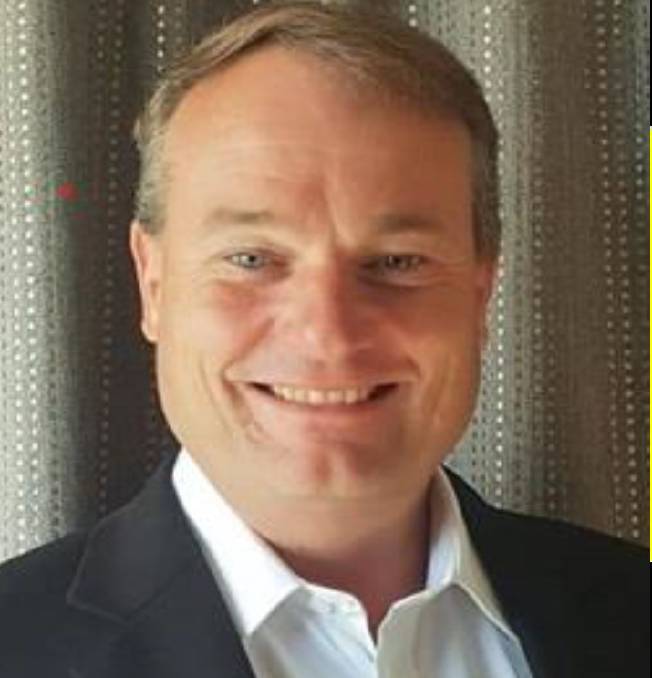 Rockhampton Division 1 councilor and Waste and Waste to Resource Implementation spokesman, Shane Latchman has put his name forward for mayor.

Cr Latchman said Rockhampton Region is going to need a strong community leader who can listen and make the tough decisions.

"We need to refocus spending on back to basics (Water, Waste and Road infrastructure)," he said. 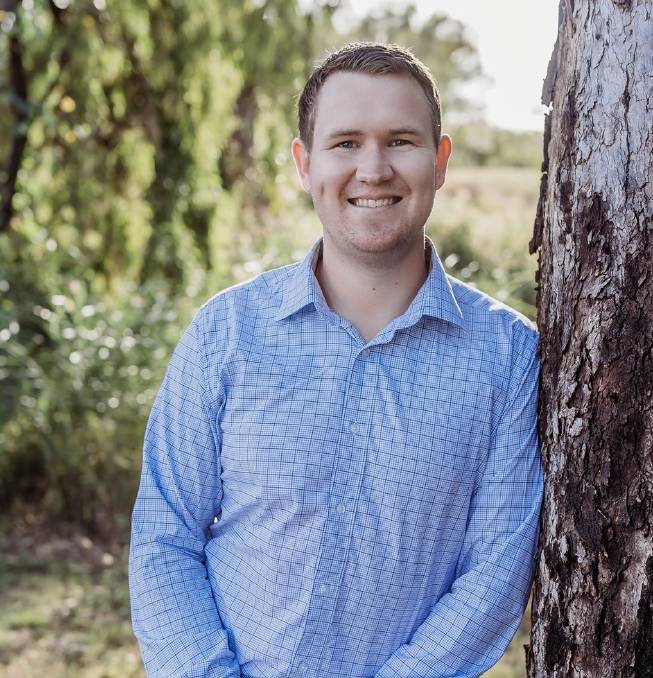 "One of my main focuses will be getting residential rates and water fees under control (frozen or dropped), he said. 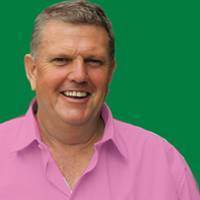 Dominic Doblo, Doblo Farmers Markets, ran as an independent for Rockhampton in last year's state election and has put his name in the ring.

Mr Doblo said if elected mayor he will abolish tier 2 and 3 in the water charges.

"Together we will make our city an oasis and bring the botanical gardens back to their former glory, levee Bank will not go ahead and there will be no overseas travel paid by the ratepayer," he said. 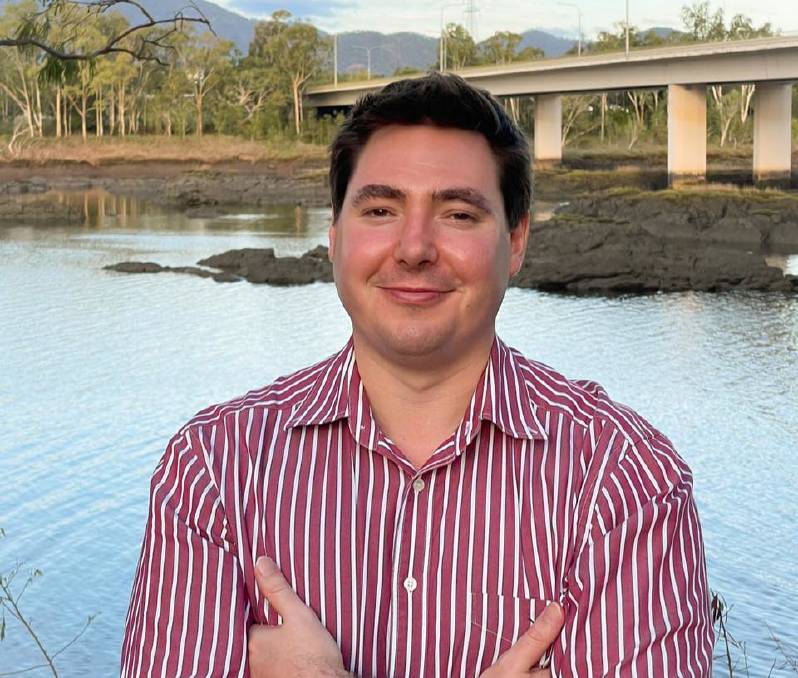