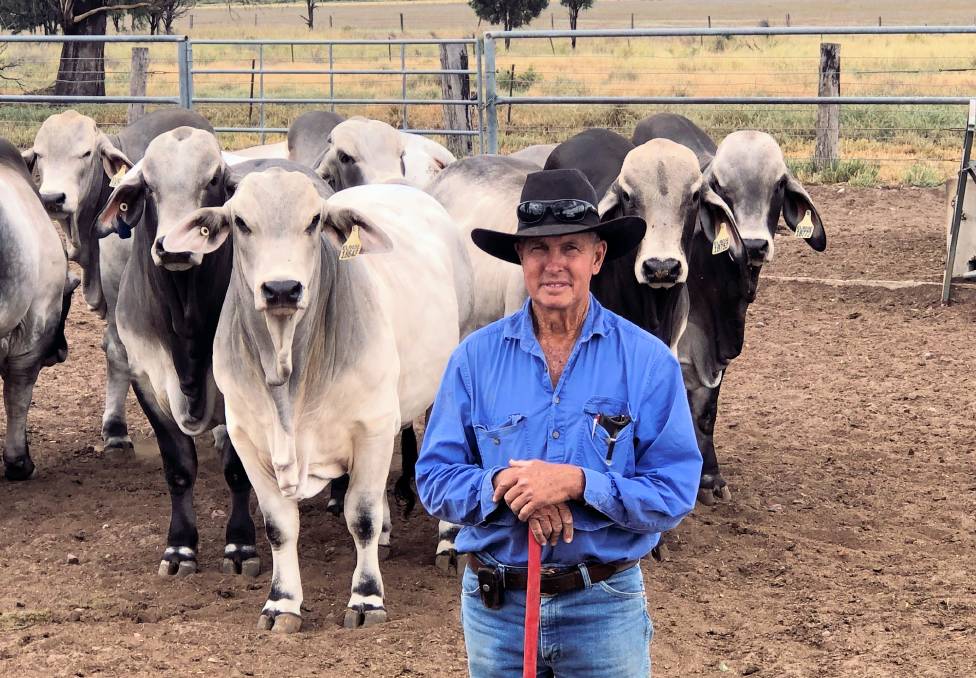 A draft of 429 red and grey Brahman bulls and heifers is set to be the biggest and best ever offered in Northern Australia, when the Big Country Brahman Sale takes place at the Dalrymple Saleyards, Charters Towers on February 8 and 9.

THE record sale line of 429 red and grey Brahman bulls and heifers is the biggest and best ever offered in Northern Australia.

That's the confident claim of the sale agents after the inspection, selection and cataloguing for the two-day Big Country Brahman Sale event, taking place at Dalrymple Saleyards, Charters Towers on February 8 and 9.

This will be the 28th Big Country Brahman Sale and the first under the direction of Queensland Rural as lead sale agent.

Ken McCaffrey, who completed the pre-catalogue inspections around the 52 studs across Queensland in December, is delighted with every aspect of this year's sale selections; the strongest quality, most industry suitable, and genetically attractive in the sale's history.

"The studs keep raising the bar and, as a matter of priority, are now reserving drafts of their best bulls and heifers specially for Big Country at Charters Towers," Mr McCaffrey said.

"It is an absolute pleasure to select these outstanding reds and greys, draft and lot them for cataloguing and then for presentation to the loyal, discerning buyers who rely on the high standards of the Big Country market." 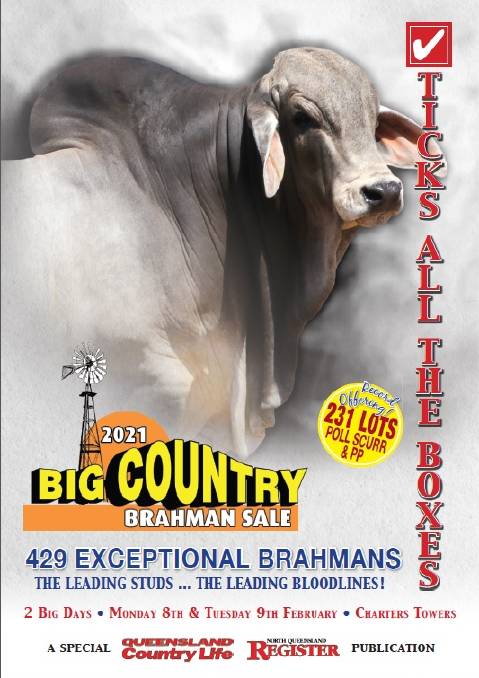 Click on the image above to read the 2021 Big Country Brahman Sale special publication in its entirety.

The sale features a record poll influence of 231 lots, the largest poll offering ever in a stud sale in northern Australia.

"We aim to ensure northern bull buyers and cattle producers, right on their own doorstep, continue to have access to the Brahman breed's leading studs and bloodlines," he said.

"With studs such as NCC, Clukan, Carinya, Palmal, HH Park, Elrose, Rockley, Ooline, Kenilworth, Lanes Creek, Muan, Cambil, FBC, Somerview, Kariboe Valley, Somerton and many more like them offering impressive lines at the sale, you know we are achieving our objective."

Sale agents are also pleased about the top level standard that first time Big Country studs including Nioka, Three D, Ahern, JRL and Midway have adopted in their 2021 drafts for buyer assessment.

Mr Flanagan also pointed to the strong appeal of the red and grey bull offerings to commercial cattle producers.

"Sure, there are many, many high class sires in the line-up that will go to studmaster purchasers at higher figures, however the bulk of the bulls are right up the alley of what progressive steer breeders are requiring for herd improvement," he said.

"They'll sell at affordable values and we have also increased the sale's volume buyer rebates again."

"With cattle prices and demand at excellent levels through most of last year, this far more positive weather pattern to set the year up is just what the industry needs," Mr Flanagan said.

Although much of the sale focus is on the bull sections, studmasters and breed investors should also be giving serious attention to the large heifer selection, as it is Australia's biggest annual offering of stud Brahman females.

"It has something for everyone and nearly half of the heifers are poll scur," Mr McCaffrey said.

"Buyers rarely get to purchase females from lines such as these."

"We and the sale vendors are looking forward to welcoming all studmasters, cattle producers and Brahman breed enthusiasts to Big Country in early February, under far better industry conditions than those experienced in many years past," Mr McCaffrey said.