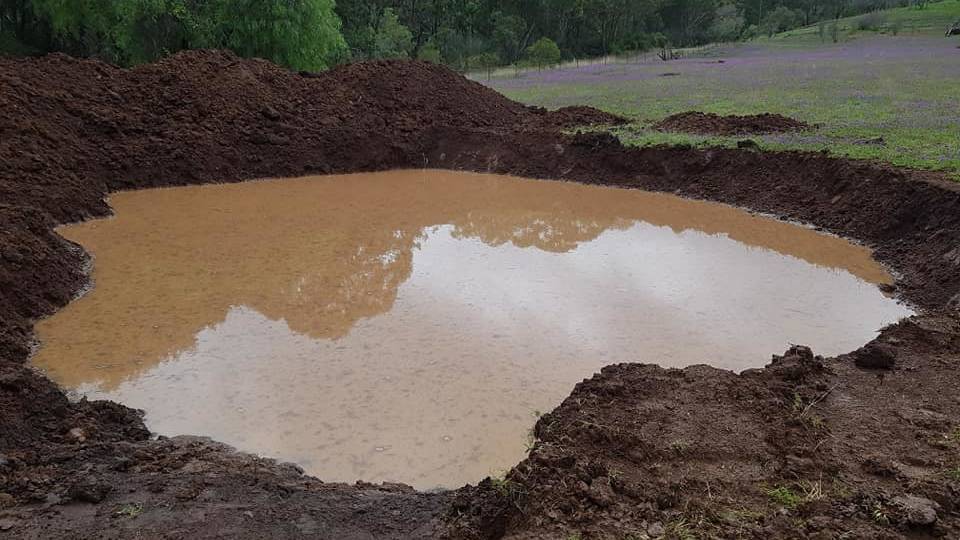 Optimism for a wet La Nina season is growing after widespread rain lashed down across the state's south overnight.

"Generally speaking, we're in a pretty strong La Nina at the moment, this means very broadly that we're expecting to see higher rainfalls than normal this season," Mr Marshall said.

"It was a fairly widespread storm that formed inland and moved towards the east."

Leslie Dam received the most rain in the region reporting 64 mm over night - the dam now sits at 12.55 per cent.

Wild weather lashed Warwick, with the town reporting 42mm as of 9 am this morning.

Gary Jackson from Freestone in the Southern Downs shared a photo of his one day old dam that was two thirds full - collecting 23.5mm overnight.

Mr Jackson said he just managed to get the diversion drains in before the rain came pouring down.

Christmas Day is forecasted to be cloudy with the chance of showers in both regions.

The recent rainfall has triggered disaster assistance for the Scenic Rim and Mayor Greg Christiansen urged residents to be cautious.

"The recent rain events have primarily impacted the eastern and southern parts of the Scenic Rim, resulting in mostly minor damage including debris on roads, localised road damage, fallen trees on roads and blocked sections of drainage," he said.

"However the significant landslide on state-managed Tamborine Mountain Road (goat track) is a major disruption due to its closure.

"During the wet and storm season, we encourage our community members to stay safe and not drive through flood waters." 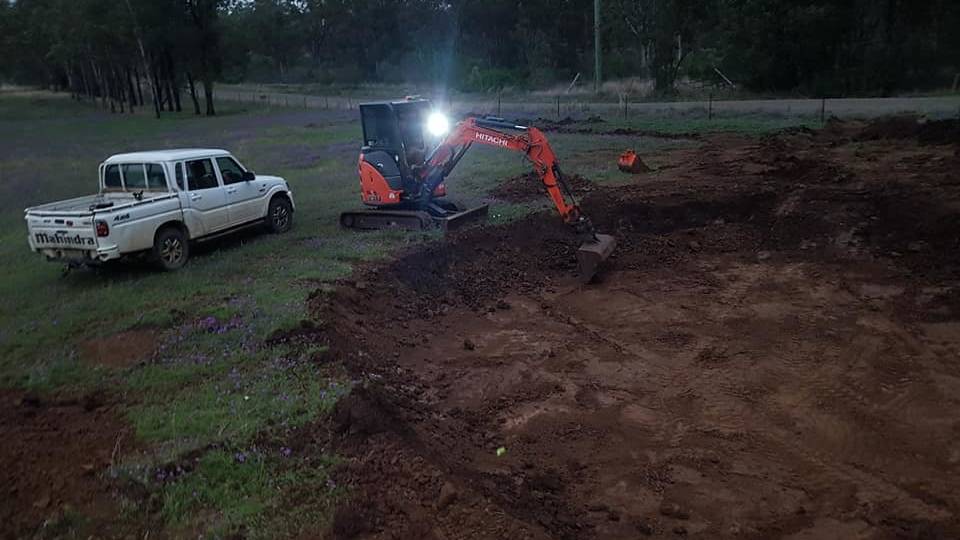 Gary Johnson from Freestone building a small dam ahead of this weeks rainfall.