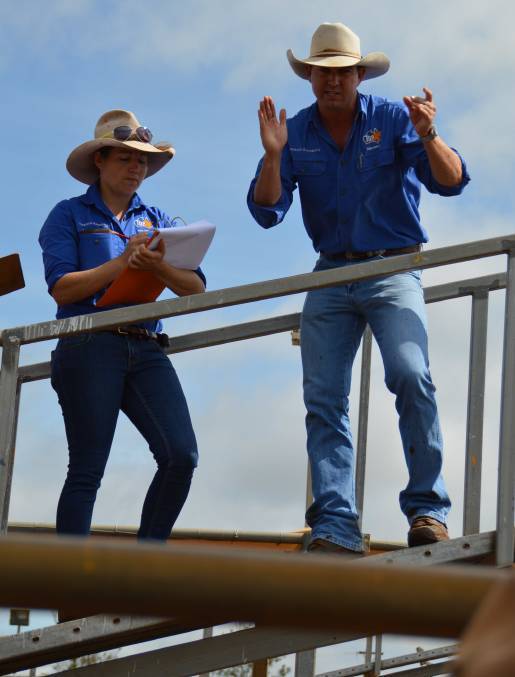 The Roma saleyards continues to dominate as Queensland largest saleyards, again recording the highest through-put of cattle for this financial year.

According to the latest figures released by Meat and Livestock Australia, 275,260 head were sold at Roma Saleyards which is down 13.7 per cent year-on-year.

The MLA report said the below-average season over a number of years in western Queensland had seen producers liquidating their herds, resulting in lower throughput.

"Numbers into the Roma centre may be soft for a period of time until a rebuild eventuates," an MLA spokesperson said.

"Higher proportions of cattle going to processors and feeders in particular were seen in 2020, with restocker activity dropping away."

Overall the annual MLA saleyard survey indicates that 1.3 million cattle where consigned to saleyards across Queensland during 2019-20, an increase of 3.3pc year-on-year.

Second in line is Dalby Saleyards with 236,250 head yarded, easing slightly along with other Darling Downs centres.

Numbers increased by 11.7pc at the Central Queensland Livestock Exchange, Gracemere, which yard 140,770 head, while Emerald yarded 95,090 head, up a 2.8pc increase year-on-year.

The central Queensland markets remained consistent with extra store sales over the drought attracting additional numbers from the region.

Blackall Saleyards recorded the highest rise in numbers which increased by 125pc and yarding 99,160 head.

"This increase can be partially attributed to Blackall shifting to a weekly sale, when it was previously fortnightly, as well as large numbers heading to restockers, with southern demand pulling cattle down and substantial numbers still heading to feedlots and processors," the MLA spokesperson said.

Very small sheep numbers were recorded at both Toowoomba and Moreton saleyards.