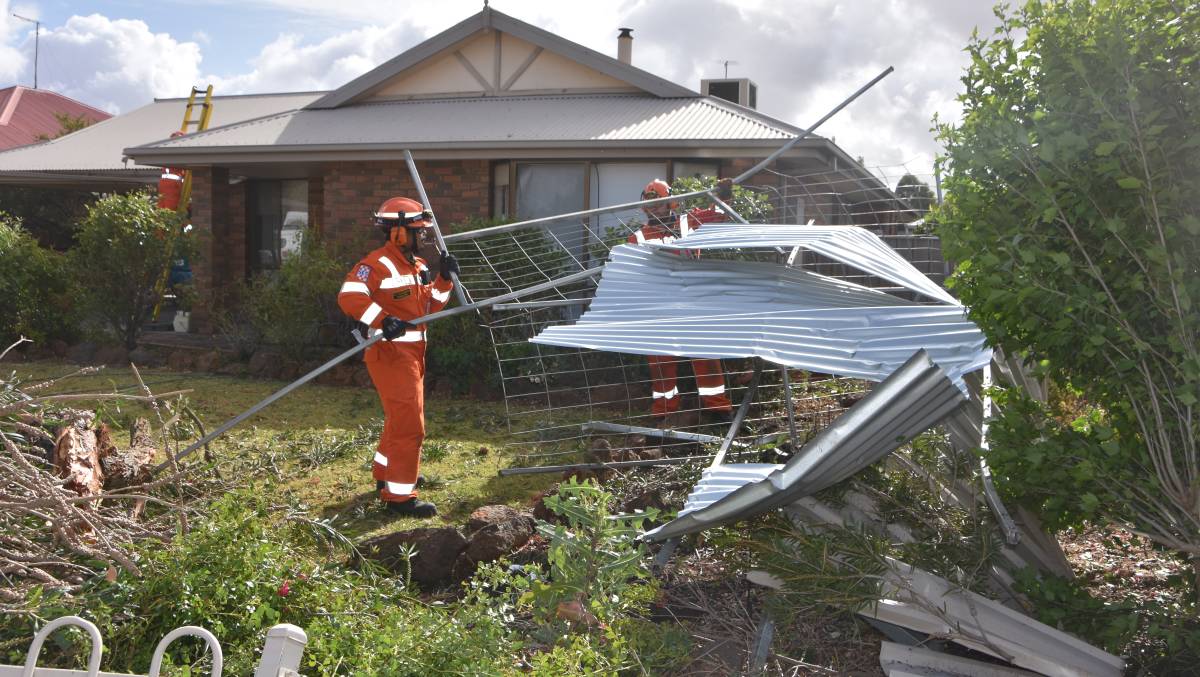 Nilo Polkinghorne and John McKenzie of the Hamilton State Emergency Service attend to the clean-up in the wake of wild weather in Francis-st, Horsham on Monday morning. Photo: Gregor Heard.

UPDATED: Tornado associated with a vigorous cold front has caused significant damage in the Victorian town of Horsham.

A FREAK weather event that caused severe damage in the Victorian city of Horsham has been confirmed as a tornado.

Preliminary investigations confirmed a short lived, but fierce storm hit a narrow swathe of the northern suburbs of the city.

Bureau of Meteorology meteorologist Diana Eadie said it had been classified as an EF1 event, which means top wind speeds of between 138 and 177kph.

The State Emergency Service (SES) reported close to 100 requests for assistance, with 76 calls for property damage, around 12am to 1am Monday morning., with most of the damage in a narrow band 400 metres wide.

Ms Eadie said the entire event took place in around a minute.

Sheds were destroyed while debris ranging from trampolines and above ground pools to pieces of wood, roof tiles and bricks were flung large distances during the intense winds.

SES teams from as far away as Nhill, Warracknabeal and Hamilton were called out for the massive clean-up program.

Localised heavy falls accompanied the storm although it blew through relatively quickly meaning tallies were not particularly high.

Just 3mm fell in the official Horsham BOM rain gauge, located at the airport 4km out of town with 8mm recorded in other parts of the town.

From Wavell St in the south to roughly Mills Avenue in the north homeowners are currently in the clean-up phase, with some properties needing serious repairs. 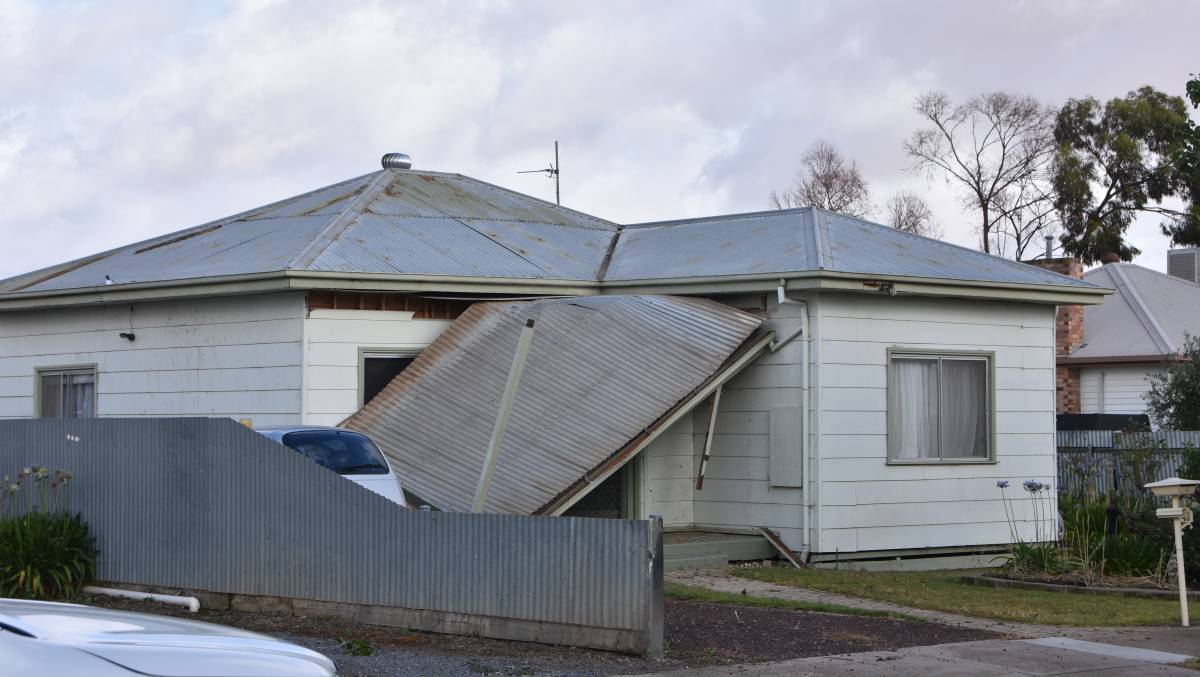 A verandah blown off a house in Francis-st. Photo: Gregor Heard.

The severity of the event came as a surprise with just 1-2mm forecast by the BOM, although there was a severe weather warning out for damaging winds.

Miriam Bradbury, senior forecaster with the BOM, said severe weather analysts were going through the data to see if the event was technically a tornado or a cell from a vigorous cold front.

She said with no lightning it was not technically a thunder storm.

In terms of tornados, Ms Bradbury said they were rare, but not unknown in Victoria.

"We have one or two of this type of event every year, but usually they do not hit populated areas," she said.

The worst winds were localised on Horsham North, meaning there is only isolated damage in standing crops, although there were frequent reports of patchy falls of 5-15mm across much of the Wimmera, where there is still a lot of crop still to be harvested.

The Horsham event comes after similar strong storms wreaked havoc over large swathes of NSW over the weekend.