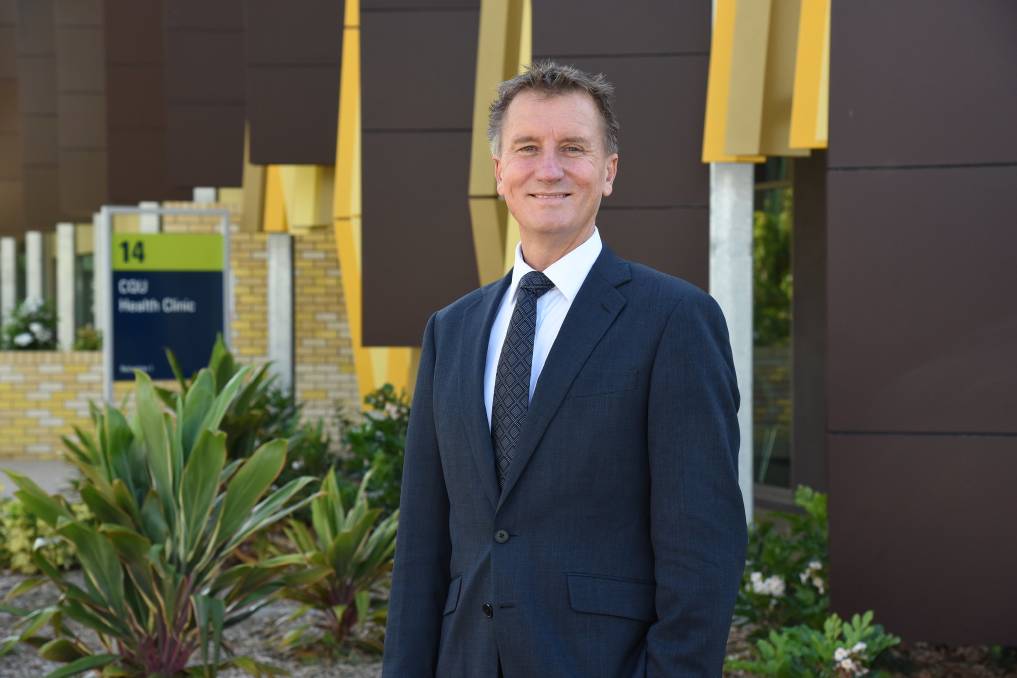 CQUniversity vice-chancellor Nick Klomp told the Developing Northern Australia conference in Rockhampton that a greater investment in regional universities would pay off in a skilled workforce willing to live in the north. Picture supplied.

Tertiary students that study in regional Australia are the most likely to stay and contribute meaningfully to northern Australia's workforce, and institutions that cater for that represent a great investment opportunity for the federal government.

Tertiary students that study in regional Australia are the most likely to stay and contribute meaningfully to northern Australia's workforce, and institutions that cater for that represent a great investment opportunity for the federal government, according to CQUniversity vice-chancellor Nick Klomp.

Addressing the Developing Northern Australia conference in Rockhampton this week, Professor Klomp outlined the challenges northern parts of Australia had in attracting a workforce, commenting that the reliance on a FIFO workforce was not sustainable.

"It's very expensive and COVID showed how fragile it was," he said. "We hope that long term solutions can be generated as a result of seeing that."

Rejecting the notion that northern Australia can grow its prosperity by importing skilled workers alone, Professor Klomp also queried the mixed messaging that was coming out about people moving from big urban centres to the regions.

"Of those 65,000, many moved to peri-urban locations, and many are older, which is not the workforce demographic we're after.

"Recent CQUniversity research found that only 17 per cent of urban residents had a strong connection with regional Australia and would consider living there, which is a massive hurdle to recruiting talent.

"That's what we're doing now because it's the only means currently available."

"In fact, research has show that educational opportunities are the number one reason people migrate from the north," Professor Klomp said. "Losing our best and brightest does a huge disservice to the future prosperity of our regions, but we can stem the flow out of our regions by offering world-class education that rivals that of the capital cities."

He said the message was simple - northern Australia had to 'grow its own' with globally competitive university and TAFE facilities that kept students in the regions.

He highlighted ways in which CQUniversity had gone about that, investing more than $140m in new facilities such as the introduction of a dedicated regional pathway to medicine in partnership with the University of Queensland, a new School of Mining in Rockhampton, and a Manufacturing Training Centre in Gladstone.

"However, we can't turn the tide on our own," he said.

"We need government at all levels to come to the table and invest in world-class tertiary facilities in northern Australia.

"Projects like our planned $50m campus in the heart of the Cairns CBD represent a great investment opportunity for the Commonwealth, delivering 80 new construction jobs and generating $70.4m a year for Cairns by 2030 if it can be funded.

"The Queensland government has committed $15.9 million to building new CQUniversity TAFE infrastructure in its current term, which is a great start, but further investment is needed if we want to retain our young people in this great part of the country.

"Education and skills development are integral to future prospects for northern Australia and there needs to be a strategic focus on this from all governments, federal and state, going forward."

The payoff would come from the contribution graduates made to regional economies.

"There's ample evidence to demonstrate that students who study regionally, tend to stay regionally after graduation," Professor Klomp said. "More than that, graduates create jobs and business opportunities in their communities."