The Rockhampton Regional Council has delayed action on accepting Chris 'Pineapple' Hopper as Mayor due to potential implications of planned legislative changes. 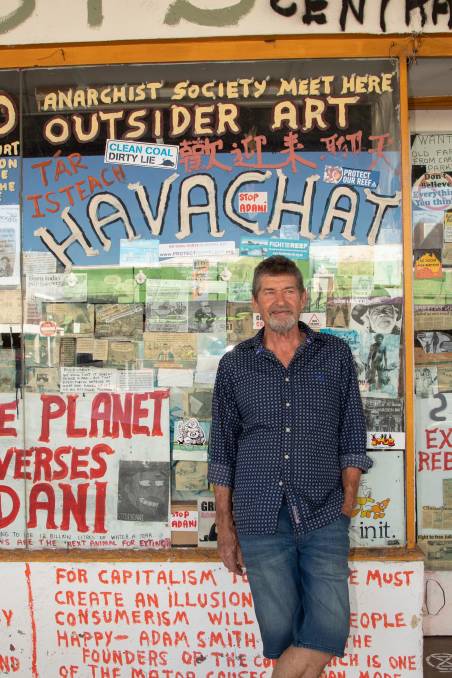 Chris 'Pineapple' Hooper was ready to be sworn in as Rockhampton Mayor on Tuesday, but the mayoral vacancy was not discussed at the Rockhampton Regional Council meeting due to the potential implications of planned legislative changes.

It has now been more than two weeks since former Rockhampton Mayor Margaret Strelow resigned after being re-elected in March.

Ms Strelow was found guilty of misconduct by the Councillor Conduct Tribunal when she failed to update her Register of Interests to include a hospitality benefit received from Adani Enterprises during a trade mission in March 2017.

Changes to state legislation in June, mean a mayor can be replaced by the next highest polling candidate if they resign in the first 12 months after an election, thereby allowing Mr Hooper to take on the position.

Acting Mayor Neil Fisher confirmed on Monday that discussing the mayoral vacancy would not be on the agenda for Tuesday's council meeting.

"Due to the potential implications of planned legislative changes, the state government has recommended providing councillors with a full briefing which is currently being arranged," Cr Fisher said.

"I have been advised by the department that the legislation the state government intends to pass may invalidate any decisions made by council, or the appointed mayor, between the time of appointment and the proposed by-election.

"Council has a responsibility to the community to ensure we are fully informed and understand the nature of the implications as a result of the proposed legislative amendments. This is simply good governance.

"We will continue to meet our obligations under the Local Government Act 2009, and to ensure that council operations and services are still being provided to the community."

Rockhampton mayoral runner up, Chris 'Pineapple' Hooper, is seeking legal action and posted a statement on his social media to express his frustration of not being included in Tuesday's council agenda.

I feel that I am being blatantly discriminated against by this council and the state government. - Chris 'Pineapple' Hooper

"This council knowingly lacks the required application of due process and procedural fairness when it comes to the circumstances regarding me and my appointment as mayor.

"Three of the four steps outlined in the Local Government Act for the appointment of a new mayor have been completed."

Mr Hooper described the situation as a witch-hunt and said the local and state government's were fighting to keep him out of office.

"Both the council and the Queensland government are working hard, and doing some pretty shady moves (retrospective legislation), to keep me out," he said.

"As the incoming mayor, I'm probably the only one who can get to the bottom of what's really going on with Rocky council. Maintain your rage folks and keep eating those pineapple sandwiches."