Just days after expressing his frustration at a greatly diminished air service to Charleville, Murweh Shire Council Mayor Shaun Radnedge was given the news that a Monday flight had been added to the Qantas schedule. 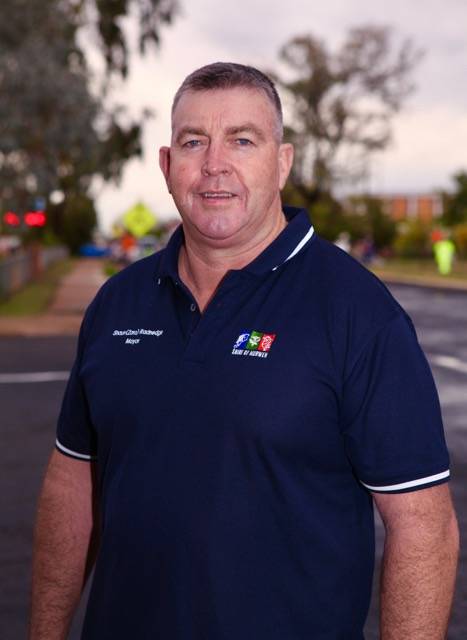 Murweh Shire Mayor Shaun Radnedge is now calling on the pubic to make good use of the Monday flight put on to Charleville.

Just days after expressing his frustration at a greatly diminished air service to Charleville, Murweh Shire Council Mayor Shaun Radnedge was given the news that a Monday flight had been added to the Qantas schedule.

The flight, via Roma, was scheduled to leave Brisbane at 8.15am on Monday, arriving at 10.45am, before making the return journey on the same day.

"I got a message at about 8pm on Friday night," Cr Radnedge said. "I did my best to get the word around to people."

Last week he accused the national airline of using rubbery figures and slick tactics to justify not reinstating pre-COVID services levels to the region.

He said Qantas had claimed they didn't have the demand for more than two services, on a Wednesday and a Friday, but were not accounting for far south west travellers getting on daily weekday flights at Roma when there were none available at Charleville.

Cr Radnedge said he was pleased Qantas responded but it should not have taken the media to get a response.

"I have to give a shout out to (Maranoa MP) David Littleproud for adding his voice to our concerns and the Queensland government, in particular Minister Mark Bailey, for helping me call Qantas to account.

"As long as I am mayor, I will stand up for this community to have access to reasonable transport requirements.

"The facts are that Brisbane to Charleville is a regulated service and we need accurate data collected to assist us in returning our pre-COVID flights," he said.

"I stand by my previous words that if Qantas does not want to fly here, we will ask the federal government to stop supporting them."

A Qantas spokesman said the company operated a number of regulated routes within Queensland.

"This means any decision to add extra flights must be supported by the Department of Transport and Main Roads," he said. "We're in regular conversations with local councils and the state government to make sure air services are meeting demand, however Qantas is not able to add extra services without consulting the department."

He also said they'd been working with both local and state government to monitor demand and get community feedback, resulting in the latest, three flights a week to Brisbane via Roma, funded by TMR.

"There is a lot more work to be done to grow the passenger volumes," she said. I call on Qantas and the state government to work with both the Charleville and Roma communities to continually improve and grow these services."

Cr Radnedge has also requested all business operators and community members to use the flights as much as possible to demonstrate the real need in the area.

"Our new airport supports passengers from Cunnamulla, Quilpie, Charleville and surrounds and we want to collect this information, together with TMR, to show alternate figures to the ones Qantas produce."

Commenting that Qantas continued to offer residents discounted return airfares, which are a percentage off the class of fare available rather than a set rate, the spokesman said they were also available via Western Travel Services.

He added that Qantas would operate six return flights over the Christmas-New Year period - December 21, 23 and 24, then December 28, 30 and January 1 - ahead of a regular schedule of three flights a week from Monday, January 4, 2021.