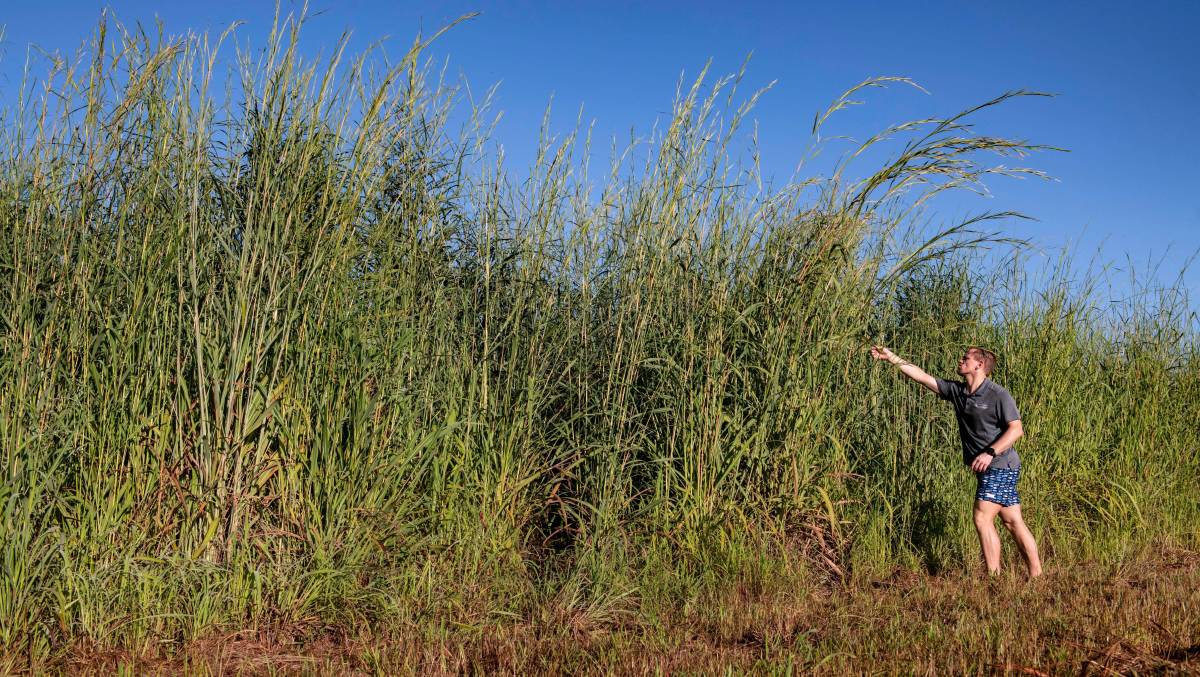 Gamba grass, originally from Africa, is listed as a Weed of National Significance, and is one of five introduced grass species that pose extensive and significant threats to Australia's biodiversity.

The perennial grass is considered a particular pest as it can grow to 4m in height and forms dense tussocks. These can burn as large, hot fires late in the dry season.

The challenge in mapping the spread of the weed pest is that northern Australia is so vast and remote that on-the-ground mapping and even airborne detection of the weed is too labour-intensive.

Now researchers are using high-quality satellite imagery to develop a technique to help detect and prioritise the management of gamba grass.

"Under optimum conditions, our method can detect gamba grass presence with about 90 per cent accuracy," Dr Levick said.

The WorldView-3 satellite was used to capture imagery over an area of 205 square kilometres near Batchelor in the Northern Territory - an area of dense gamba grass infestation.

The wide range of spectral data used picked up factors unseen to the human eye, such as leaf moisture levels and chlorophyll content, to differentiate between gamba grass and native grass species.

"We knew that gamba grass tends to stay green longer into the dry season than native grasses, so we timed the capture of the satellite imagery for this period," Dr Rossiter-Rachor said.

"Understanding the ecology of the problem was essential to informing the remote sensing and machine-learning solution to the problem."

The project, funded by the Australian Government's National Environmental Science Program under the Northern Australia Environmental Resources Hub, is part of a larger effort to detect and map gamba grass throughout the north.

"Our longer-term goal is to move to a system where we can use free, open-access imagery to map gamba grass," Dr Levick said.

"We want to develop a technique that is accessible to anyone and that can help improve land management in northern Australia."

Associate Professor Samantha Setterfield, The University of Western Australia, said accurate maps were essential to control the spread of the weed.

"Mapping gamba grass using satellite imagery unlocks the potential to frequently map large areas so we can get a better picture of where gamba grass is across northern Australia, and how quickly it is spreading," Dr Setterfield said.

"Managers can then target areas that are the highest priority for control, such as biodiversity-rich areas or culturally important sites."