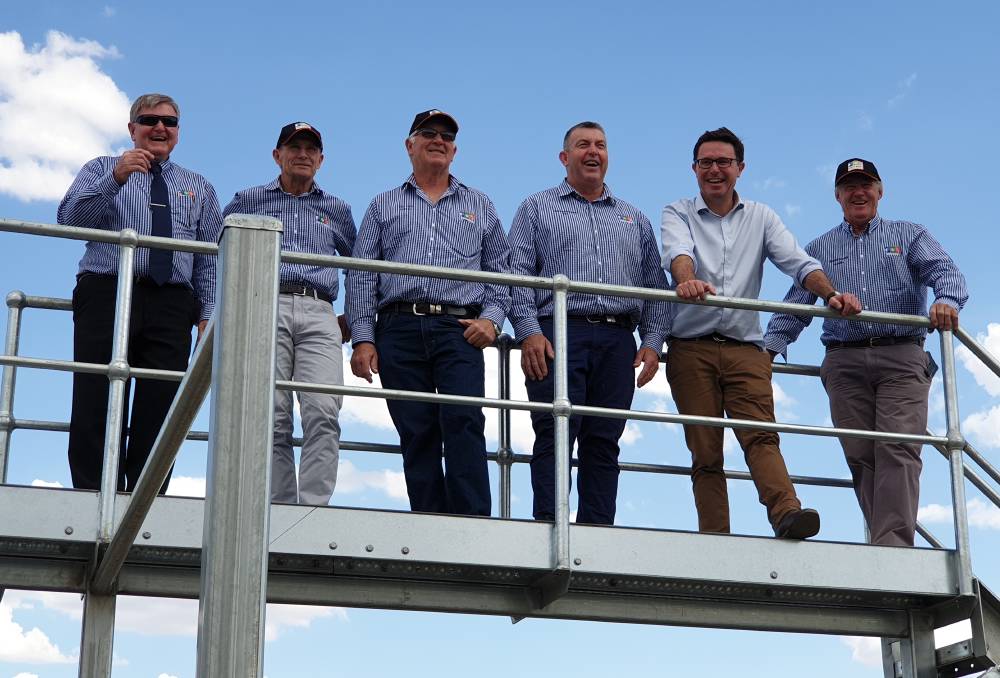 The importance of the new rail hub at Morven to the economy of the small south west Queensland community belted by years of drought was emphasised at its official opening on Thursday.

The importance of the new rail hub at Morven to the economy of the small south west Queensland community belted by years of drought was emphasised at its official opening on Thursday.

"The $4.1m kickstart from the federal Building Better Regions Fund has already demonstrated job growth and boosted the local economy," he said.

"As a result of the investment we have already seen a new pub built by locals, an expanding local shop and a growing fuel business and rural store.

Around another $4 million was made available from the Queensland government.

On hand for the opening was federal Agriculture, Drought and Emergency Management Minister and local Member, David Littleproud, who said apart from providing better access to markets, the project would benefit other businesses in the region. "Improved logistics and animal handling skills developed through the hub's operations could potentially be transferred to other businesses, boosting job opportunities for local residents," he said.

"The project will establish an identity for Morven outside the locality and this sense of identity is important for community spirit and resilience.

Deputy Prime Minister and Minister for Infrastructure, Transport and Regional Development Michael McCormack said the project, which supported multiple jobs during construction, would reinvigorate an under-utilised asset and improve the efficiency of livestock operations.

"This is an example of a small community showing strong leadership, taking advantage of their unique location and access to major infrastructure and improving the efficiency and effectiveness of livestock transport, which in turn will prove to be a real boon to the local economy."

Cr Radnedge said it had taken a combined effort to go from the initial concept to Thursday's opening.

"Without federal funds and the support of the Queensland Transport and Main Roads led by Minister Mark Bailey, we would still be stuck at the concept stage," he said.

"This project, through the construction phase, has brought in much needed money to our local community and Minister Littleproud knew the importance of this, on the back of years of drought and a shrinking local economy."

Where it began: Prime Minister weighs in on Morven Rail

The site will be utilised not just for rail cattle but for spelling.

Cr Radnedge said they were working with cattle and rail experts to help everyone along the supply chains. The Watco cattle train wagons being loaded under lights in September. Picture supplied.

One of the companies the Murweh Shire Council is working closely with is Watco East West, which is intent on changing the way freight is moved across Queensland.

The company delivered a 20-wagon trainload of cattle to Oakey Beef on a trial run at the end of September, which was hailed as an exciting new development in the freight logistics scene in Queensland.