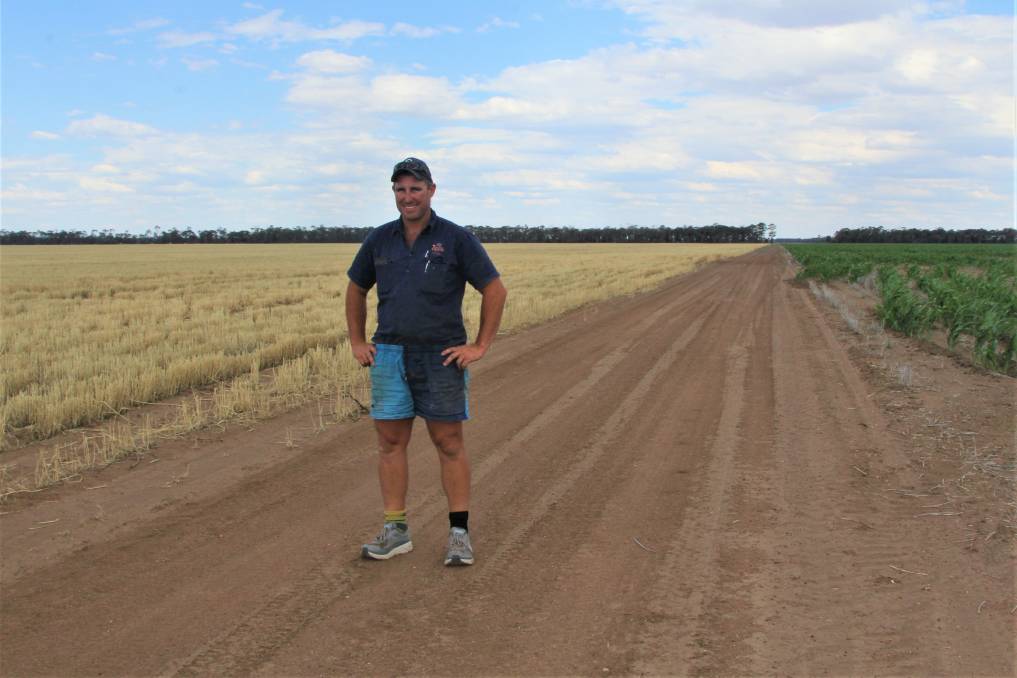 That's above their usual average and Mr Cook said he wasn't sure how they'd managed it, considering the soil moisture they started with and the amount of in-crop rain received.

"We only had two falls - 10mm just after we started planting in mid-April and then we had about 60mm in about three days in June, which must have been the one that gave us the perfect event," he said.

The Cooks farm 4855ha of black soil brigalow belah country on the southern edge of Queensland's western cropping country and finished harvesting their winter crop around a month ago.

They planted around 2830ha to five different wheat varieties, starting with Sunmax and then progressively planting Gregory, Lancer, Suntop and Borlaug, leaving about 400ha for Kyabra chickpeas.

Although there were a couple of 2mm rain events towards the end of the harvest, which resulted in a small amount of weather damage, it wasn't enough to downgrade their wheat, which was all H2 quality or better.

Although they've sold a small amount of their wheat, Mr Cook has most of it stored on farm, including in 20 sausage bags, a record for them, until the harvest pressure eases.

"We'll trickle feed the market as we see fit," he said, adding that on-farm storage increases in the last 10 to 15 years had allowed farmers to manage returns better.

The family doesn't usually favour forward selling, Mr Cook saying he only took small contracts when he knew what was going to happen.

"I like to get it in the bin before we start selling," he said. "Chickpeas especially, they're never certain until you put the header in."

Despite a late frost on their chickpeas, they yielded above average as well.

"It was late enough that it didn't affect it much, it knocked a bit of the top end yield off it but we were happy to get what we got," Mr Cook said.

Chickpeas are a winter staple for inland farmers such as the Cooks, who are less likely to have winter rain to grapple with.

Their biggest concern going ahead this summer is the patchy nature of the storms and early heat.

The Cooks' summer sorghum crop has been planted and now just needs rain.

Along with farmers across central and southern Queensland, the Cooks have high hopes for prospects of rain over the coming summer.

The couple have planted half their summer crop of sorghum, and have another 600ha still to go.

Mr Cook said that would most likely be sorghum as well, although the opportunity would be there to plant mung beans if it turned wet.

"We haven't grown them for a couple of years now," he said. "The summer just gone we should have planted sorghum but we didn't - we didn't have the moisture."

It was one of the few times the long-established farm has failed to grow a summer crop.

The Cooks' average rainfall is 600mm although Mr Cook said he suspected it had been quite a bit lower than that in recent years.

"Out of the last 10 years, only two of them have been average and only just average," he said.

"The rest of them have been two-thirds or half of our average rainfall. I don't know how we survived it but we did."