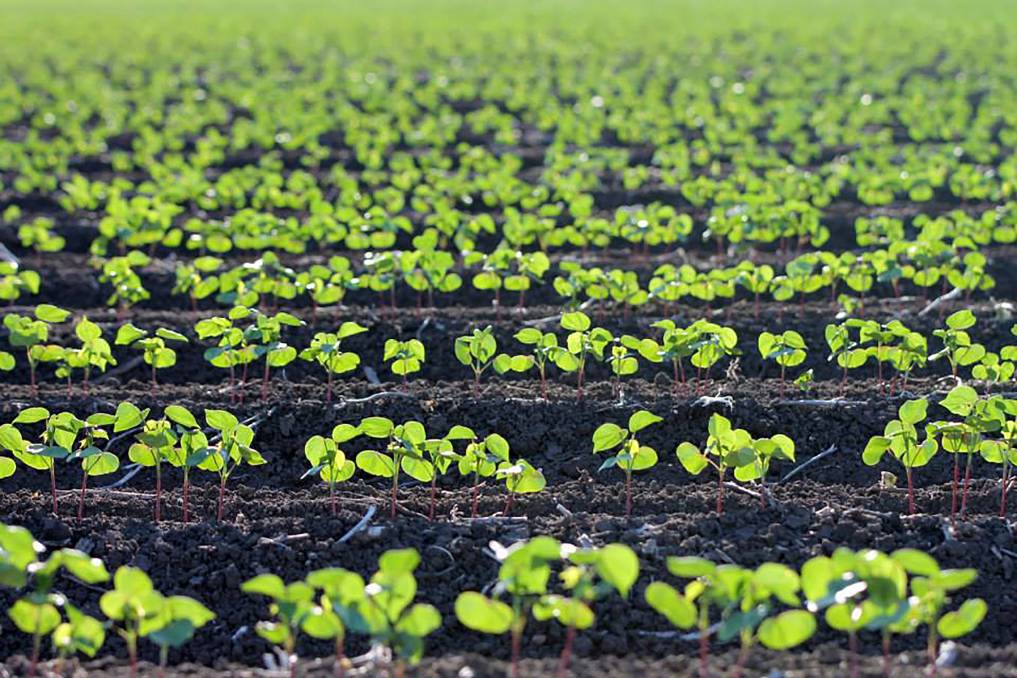 As the 2021 crop goes into the ground and will produce a crop over 2 million bales, grower prices still look attractive.

In what he says has been "the craziest of years", Cliff White believes there is still a silver lining for the cotton industry.

Trying to write any market commentary in 2020 is definitely fraught with danger because the time lag between writing and publishing has the potential to leave you looking foolish given the fast pace of events this year and indeed the past few weeks. So here goes.

We have had huge moves this year in both the Futures market and the exchange rate with perhaps the most surprising thing being that here we are in November and both reference points are at levels we had at the start of the year.

ICE Futures started 2020 on the current highs for the year, with both the December 20 and March 21 contracts registering their highs of 73.00 and 73.57 on January 13 before both contracts then hit lows on April 2 of 50.18 and 51.64 respectively, at the point of peak concern for the pandemic.

Subsequently, when all things are considered, it has been a remarkable recovery back to the current 70 cent area, particularly in the face of further country lockdowns. Who would have thought this possible?

Interestingly, the Australian important ICE May 21 contract actually had its high only recently on October 28 at 73.77 - no doubt fueled by the speculative buying that has helped prices recover in the face of supposedly excessive US and world stocks. The Australian dollar has followed this pattern, starting the year at .7015, hitting a pandemic low of .5510 on March 19 but has now recovered the 70 cent level despite current trade issues and record low interest rates.

So why have prices recovered? There are a number of reasons but there are perhaps two main factors. First is the amount of speculative/investment money that is floating around needing a home. Why not play the cotton market? Those funds have driven the market higher and had faced little resistance until the market approached the 70 cent level. The second factor has a more fundamental support to it and that is that some of the world's major cotton producers have had problems with their crops, resulting in millions of bales being wiped from the balance sheets.

The US crop was at one time projected to be approaching 20 million bales, but now following a very active storm season is forecast by some to be below 16 million bales. Add a catastrophic crop decline in Pakistan and reduced expectations in India, and we have seen projected world production fall by over 6 million bales. This crop reduction has alleviated some, but by no means all, the concerns of expanding global cotton stocks.

As we approach the end of 2020 no-one would deny that this has been a crazy year, one that has presented us all with many business and personal challenges, however in adversity opportunities always arise and that may well be the case for Australian cotton this year.

The news that Australian cotton may not be allowed into China without a 40 per cent tariff, thus making imports impossible, sent shock waves through our industry and raised a certain amount of trepidation but after the initial shock thoughts have quickly turned to how we can adapt to the new circumstances.

We know that we have a product that spinners around the world want to buy, however we effectively priced ourselves out of other markets because China was paying the "premium" for our cotton and we surrendered markets to the US and Brazil as a consequence.

Well now that the China market is currently off limits, we need to reach other markets, be they previously established markets like Indonesia, Korea and Thailand or emerging markets such as Bangladesh and Vietnam. As a result, I believe that this will actually make our industry more sustainable in the long term as we diversify markets and reduce our reliance on one market.

While our production in 2020 has only been around 600,000 bales, and our lowest in over 30 years, as things have turned out it probably was a good year to have such a small production. In the midst of a global pandemic, global cotton demand completely disappeared right at the time that would have normally been our most busy months of April, May and June.

That was lucky break number one and I think the second one has been the fact that China have taken their action now instead of next year. This has given the industry time to adapt for marketing the 2021 crop. There is a silver lining.

Nevertheless, the China situation is disappointing for everyone in both countries' cotton industries. Each side has made tremendous efforts over many years to develop business and personal relationships which have facilitated trade that undoubtedly benefited both countries. The situation remains unclear and is developing, but let us hope that those efforts will provide a platform to recommence business in the future, even if not to the previous levels.

In the weeks ahead, it is likely the same issues are going to be influencing our market. Those issues include Covid-19 and the search for a vaccine, macro economic and political factors, plus in specific cotton terms the appetite of speculators and funds to inject money into our futures market.

But we mustn't lose sight of the fact that we supposedly have a burdensome supply and demand situation that could get worse if European and American markets contract as a result of further lockdowns which in turn could have another demand shock to our consumption prospects.

Let's finish on a positive. Cotton prices for the 2021 crop started this year in the $565-570 range and while they did go over $600, we find ourselves today around $550 which despite all the trials and tribulations of this year, really is a good result.