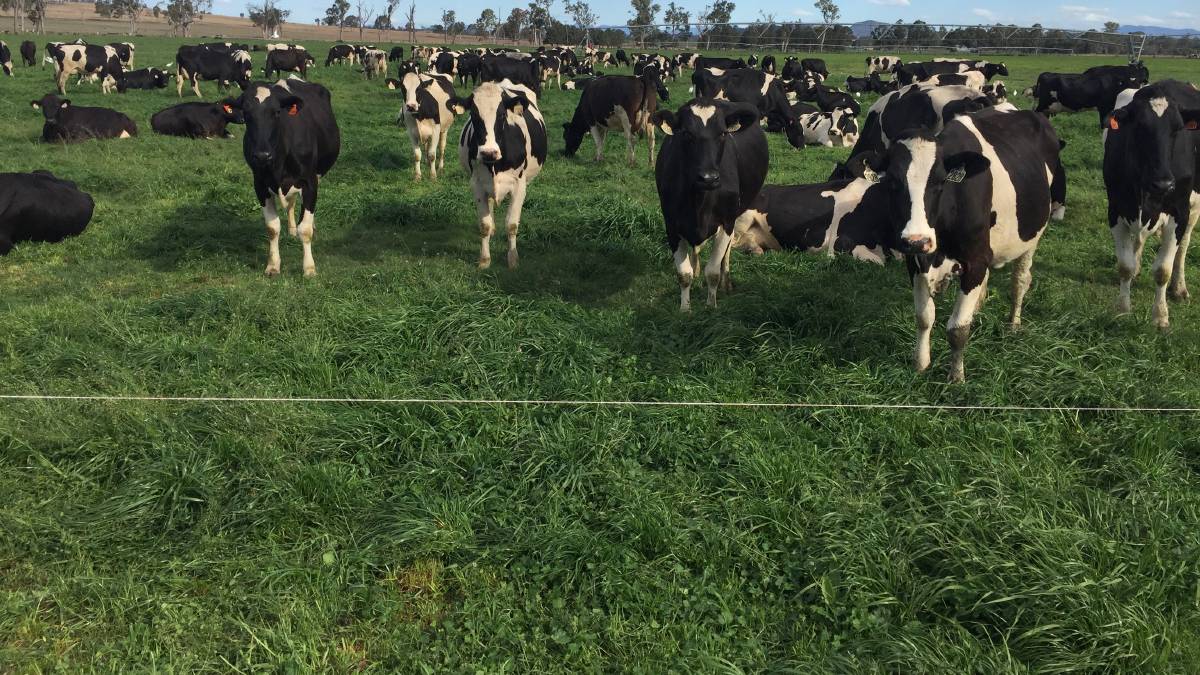 There are challenges in the nutritional management of dairy cows in subtropical dairy regions.

There are challenges in the nutritional management of dairy cows in subtropical dairy regions.

THE continuing drought in subtropical dairy regions continues to provide challenges in the nutritional management of dairy cows.

Grain prices are coming down which will make formulating increased starch levels more attractive to meet the energy requirements of cows during lactation. But this will have implications for both the pH and well-being of the ruminal microbiota; factors that are ultimately going to impact animal health and production.

As a consequence, Subacute ruminal acidosis (SARA) is more likely and is a harmful condition that limits milk production.

The factors that most affect the balance of the ecosystem within the rumen are: The composition of the diet (the types of ingredients) and the presentation of the ration and the delivery strategy.

It is known that ruminal pH should ideally be maintained in the range of 6 and 7, and that variations in both ration composition and ration consistency can significantly alter the delicate balance of microorganisms.

If the pH of rumen approaches 5 then Streptococcus bovis populations will increase, while other bacterial groups will not be able to tolerate such a degree of acidity; causing selective cellular mortality. In this condition, the populations of S. bovis are increased.

S. bovis is a producer of lactic acid, which causes the pH inside the rumen to acidify further.

In the face of this condition, the animal tends to decrease its consumption of dry matter, which directly affects milk production. And if the acidity condition is maintained, structural damage to the mucosa - known as papillary necrosis - can occur.

This may be mild but can be sufficient to allow a movement of microorganisms to the liver. This will result in a liver abscess, further altering the animal's overall metabolism.

The risk of SARA

Subacute ruminal acidosis (SARA) is defined as a fermenting disorder that occurs in animals with sub-optimal values of ruminal pH (about 30 per cent with values of 5.5 or lower).

It has been suggested that a pH of 5.6 for periods longer than, or equal to three hours, will generate SARA in dairy cows.

Clinical manifestations of SARA are well defined, but often go unnoticed due to their low specificity or attributed to other factors such as mycotoxicosis.

The key factor in the diet is the adequacy of long effective fiber and this can only be guaranteed by visually analysing the diet.

Neutral detergent fibre (NDF) values in rations should be carefully estimated as they do not provide a long-term assessment of the fiber or its consistency.

A correct supplementation with Alltech's Yea-Saccis able to modulate the ruminal microenvironment in a very favourable and measurable way. Its mechanism of action allows to mitigate the risks for SARA to develop.

Supplementation with Yea-Sacc increases the population of ruminal bacteria that use lactic acid and thus reduces the chance of pH falling below the optimal range. The result is more consistent fiber digestion over time which will ultimately help reduce heat stress and lift milk yield and milk solids.

Rumen is a fermenting chamber that works in optimal conditions when the oxygen present is reduced (anaerobiosis), but every time the animal swallows it enters the rumen air containing oxygen. And the presence of oxygen - as well as acidic sugars and pH - destroys some of the normal microbial populations of rumen, which are strict anaerobic.

Yea-Sacc is a great consumer of oxygen, which favors the anaerobic maintenance of rumen and therefore keeps normal microbial populations in their optimal operating range

The sugars that enter the rumen, through the rations, are largely transformed into lactic acid by fermentation effect. This lactic acid decreases the pH of rumen, generating an adverse environment for beneficial bacteria and depleting their populations for the benefit of lactic acidic-producing acidophiles.