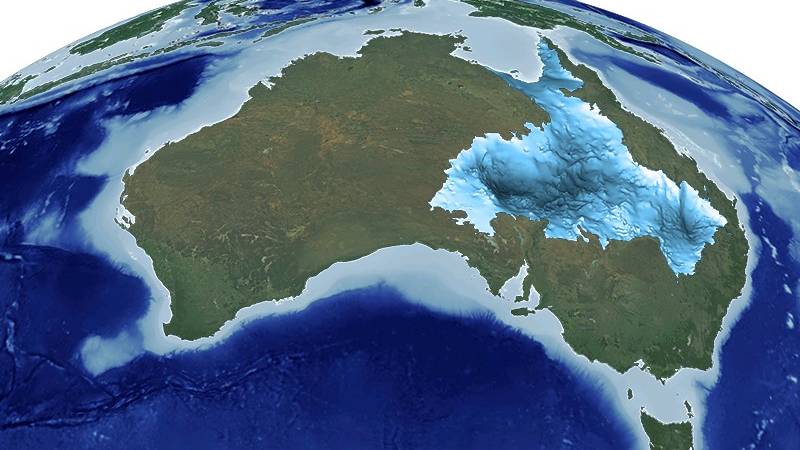 Revelations on the mysterious ways in which Australia's Great Artesian Basin works form the basis of a new interpretative centre in Miles.

Revelations on the mysterious ways in which Australia's Great Artesian Basin works form the basis of a new interpretative centre in Miles.

The insights compiled by the University of Queensland's Centre for Natural Gas and its Sustainable Minerals Institute, and supported by its National Energy Resources Australia, were unveiled at the Miles Historical Village Museum last week.

Among the key findings of the two-year project are that the inter-connectivity of aquifers varies greatly depending on location, and that it can't be described as a simple, single basin.

There is also a better understanding of the dynamics of water recharging the GAB aquifers and the volume of water lost closer to the surface, including connection to artesian springs.

The insights of the researchers, including an understanding of climate pattern changes in the past six decades and the socio-economic dimensions of the system and how citizen scientists are contributing, make up a series of interviews that will be stage one of plans for the interpretative centre.

"Our understanding of this extensive and complex hydrogeological system is growing, and bringing together this data from a large and diverse group of researchers and projects has given us a much better picture of how the system functions and how best to manage the groundwater that underpins much of rural Australia," he said.

The GAB's groundwater has supported Indigenous communities for millennia and settler communities for more than 140 years and A/Prof Hayes said it was important to understand its key physical structures and processes, to develop long-term management strategies.

"The GAB supports thousands of people every day - often the only water source in 22 per cent of inland Australia - so it's vital we have a deep understanding of how water extraction impacts the system and how to ensure its sustainability for future generations," he said.

"One of the most tangible examples of good GAB management practice has been the capping of free-flowing bores and use of piping to replace open bore drains in the basin, with changes estimated to be saving hundreds of thousands of megalitres of water a year for future use.

"It's important to remember the GAB is actually made up of four semi-connected large sub-basins, even though we talk about it as a single entity.

"These sub-basins have multiple aquifers with varying groundwater flow rates and other rock layers that form seals. 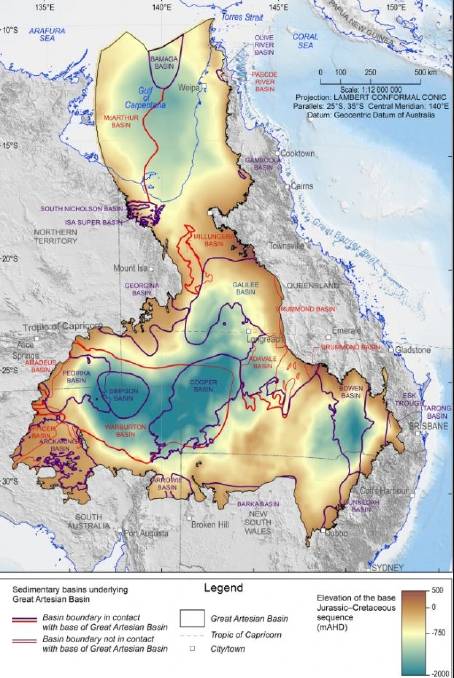 A/Prof Hayes said the GAB didn't hold a vast underground lake or rivers as some believed and groundwater actually flowed within the tiny pore spaces within rock layers.

"The more we look at the system, the more we appreciate the complexity of this extraordinary geological feature which is up to 200 million years old in some parts," he said.

He is among the University of Queensland researchers featuring in the video series.

The president of the Miles Historical Village Museum Kerry Mulholland said the GAB was central to the lives of many in inland Queensland.

"Finding groundwater in inland Australia has always been a challenge for people pursuing a life on the land and the Great Artesian Basin has been a lifeline to so many people over the years."

He said the museum, which opened in Miles in the early 1970s, had brought great economic benefit to the region and the GAB interpretative centre would continue to be an important part of the story, providing insights not only for the local community, but for visitors through the region.

"We will be using a range of media to tell the stories of the Great Artesian Basin and its many roles in our community," he said. "This is just stage one of the project and we will be building on this to bring an even better understanding of the basin and its impact in our lives."