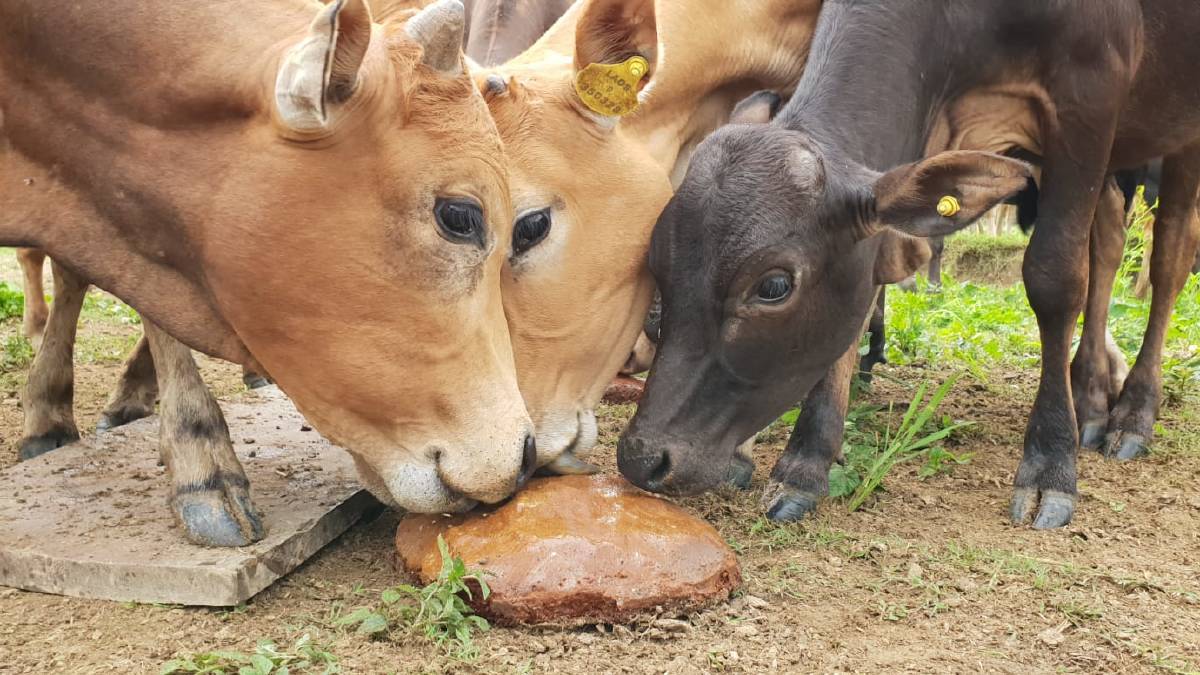 Australian-developed methane reducing technology for cattle could soon be adopted on a major scale in Indonesia.

Australian-developed methane reducing technology for cattle could soon be adopted on a major scale in Indonesia.

The signing of the MOU is in line with Indonesian President Joko 'Jokowi' Widodo's calls earlier in the year for Indonesia and Australia to work more closely together to address climate change and lower carbon emissions.

AgCoTech chief executive officer Allan Giffard said the signing of the MOU was a major step forward for the manufacture and distribution of the molasses blocks that would effectively reduce green house gas emissions by improving the health and productivity of cattle.

"AgCoTech has been very encouraged by the enthusiasm shown by PT Rajawali Nusantara Indonesia (Persero) and the obvious benefits this technology delivers to the livestock industry," Mr Giffard said.

"The technology has been developed with the aim of reducing methane production by enabling the rumen of cattle to better process lower quality pastures, without the use of urea, in line with international green house gas reduction standards.

If the agreement proceeds, a manufacturing plant would be established in Indonesia utilising some of that country's massive molasses supplies.

The Asian-Australasian Journal of Animal Sciences puts the Indonesian cattle herd at about 16.6 million head.

The blocks were developed by AgCoTech in partnership with the University of Sydney and are currently being trialled in Australia and South East Asia.

The University of Sydney research led by Professor of Sustainable Livestock Production Luciano Gonzalez, shows while not only do the new-generation supplements reduce green house gas emissions, but used strategically, can also result in more calves, heavier weights, fewer mortalities, and hefty profits.

The blocks are currently being manufactured in Brisbane.

Climate change is a major issue in Indonesia. It is estimated that about 29,000 hectares of land have already been lost to rising sea levels in the northern part of Java Island and other regions.

Indonesia has targeted to reduce its emissions growth by at least 29 per cent over business-as-usual levels by 2030, as part of the 2015 Paris climate agreement.

MORE READING: 'EU's local and sustainable push something for red meat to watch'.