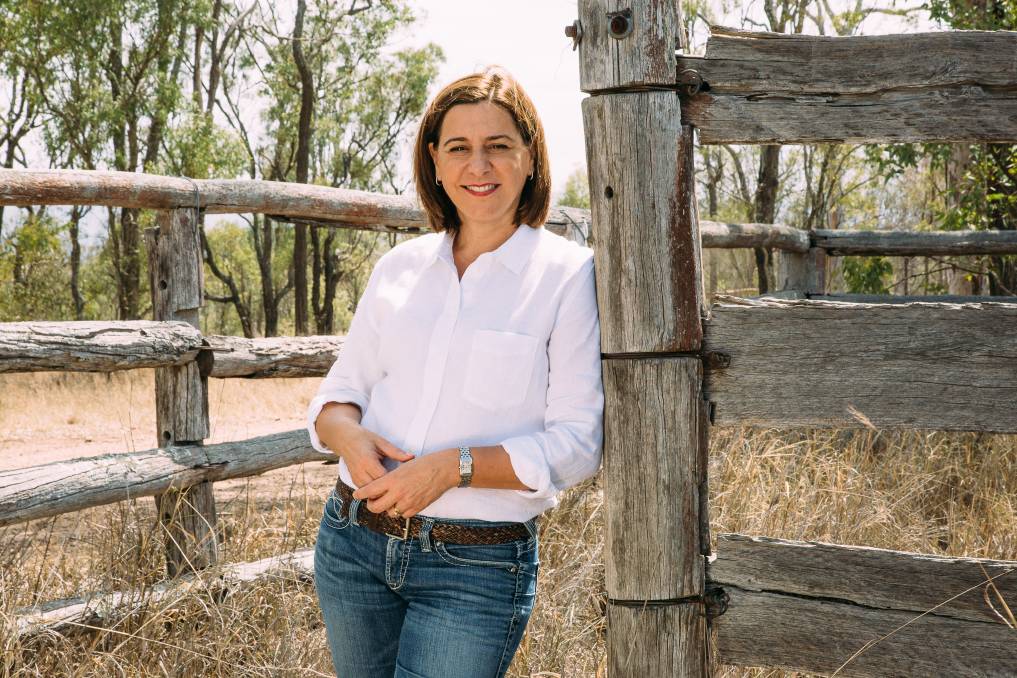 LNP Leader Deb Frecklington is stepping aside after the party's election loss.

OPPOSITION Leader Deb Frecklington is bowing out of the LNP's top job following the party's state election drubbing on Saturday.

OPPOSITION Leader Deb Frecklington is bowing out of the LNP's top job following the party's state election drubbing on Saturday.

Despite vowing to remain the party's leader during her concession speech on Saturday night, Ms Frecklington today said she had rethought her position.

"On Saturday night I said I wanted to remain leader of the Liberal National Party," Ms Frecklington said.

"My first instinct is always to fight on, since then I've had a great day with my family and husband Jason and reflected on my future.

"Once all of the results are finally declared I will convene a party room meeting and I will ask my colleagues to appoint a new leader of the Liberal National Party.

"I will not be a candidate in the leadership contest."

Ms Frecklington said whoever became the new leader would have her full support.

"Whoever the new leader of the LNP is will have my full support and my full loyalty.

"I will assist them in any way possible to help this party move forward."

Ms Frecklington said she was proud of the campaign and policies put forward, but ultimately took responsibility for the loss.

"I am sorry that despite all of the support we have had we were unable to win this election.

"I am the leader and I do take responsibility for the election loss.

"At the start of 2020 the LNP was a very strong prospect of winning this election.

"There is no doubt that COVID has had a huge impact on Queensland politics.

"I am proud of the policies and the candidates that we put forward at this election.

"I'm proud of the campaign we fought, we fought fair.

"I wish my successor as the leader of LNP and Opposition all the very best."

Ms Frecklington said leading the LNP was a great privilege, and thanked her electorate of Nanango for their support.

"While we didn't win this election, I am as determined as ever to fight on on behalf of the people of Nanango and the people of Queensland."

Ms Frecklington refused to speculate as to who may throw their hat in the ring for the top job.

However, party insiders have been pushing for Broadwater MP David Crisafulli to step up to the role.

Rumblings of leadership discontent in the lead up to the state election indicated a push for Mr Crisafulli to stage a leadership spill.

"The internal distractions haven't been helpful but that's a matter for the future," Ms Frecklington said.