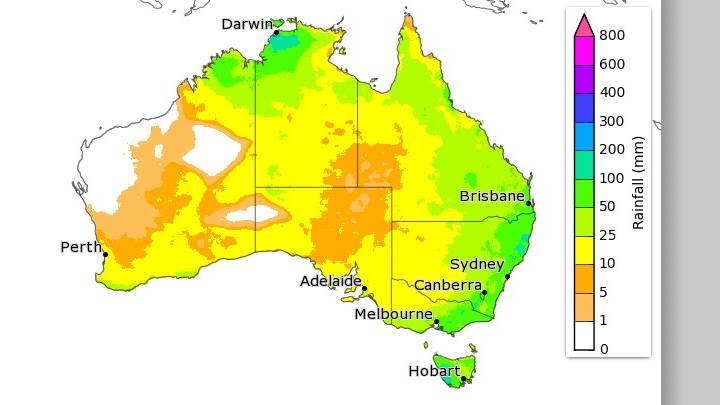 BOM modelling showing the 75 per cent chance of rain during November.

Forecast mapping shows only limited totals for much of Queensland during November.

NOVEMBER may be being talked up as a month of above average rainfalls, but forecast mapping shows only limited totals for much of Queensland.

Modelling released by the Bureau of Meteorology on October 29 shows big areas of Queensland receiving in the 20-25mm range, with some 50mm events mainly on the Darling Downs, Burnett and the Wide Bay. 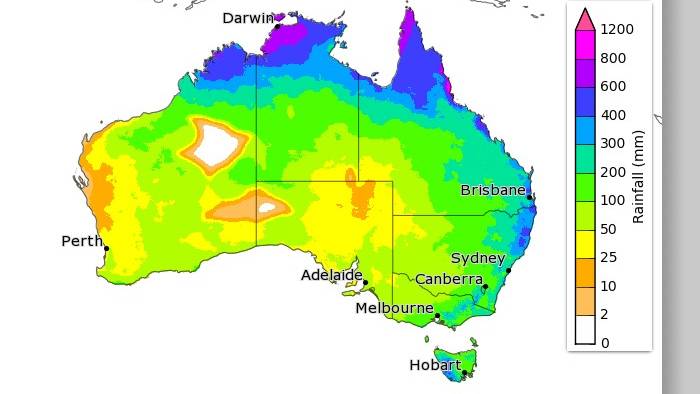 The 75 per cent chance of rain during the November to end of January period. Source - BOM

According to BOM, November to January rainfall is likely to be above average across much of Australia, except for the west coast Tasmania.

BOM says daytime temperatures are also likely to be warmer than average for the three month period across parts of south-east, central, and western Australia, as well as along the northern coastline.

Night-time temperatures are very likely to be warmer than average, the forecast says. 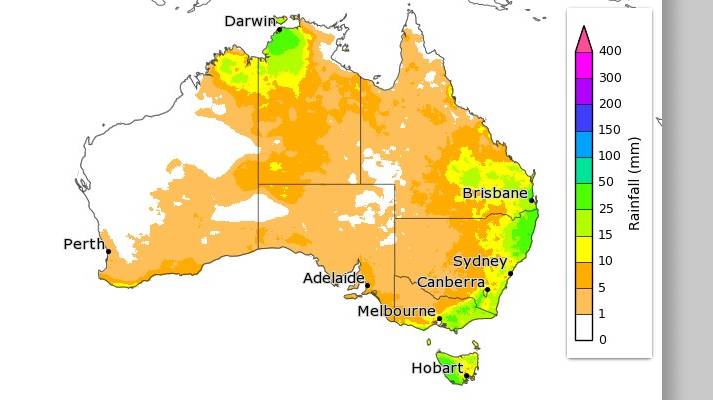 BOM modelling for November 2-15 at 75 per cent probability shows the best 10-15mm are limited.

BOM says the La Nina underway in the tropical Pacific typically increases the likelihood of above average rainfall during spring and early summer.

There are currently no tropical cyclone warnings, for the season which runs from November 1 to April 30.