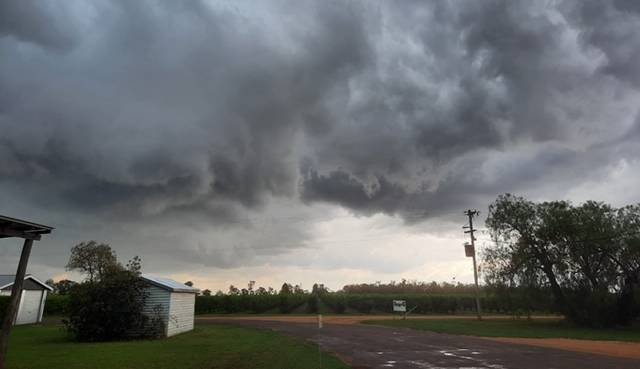 Severe thunderstorms bought large hail, damaging winds and heavy rainfall to many parts of Queensland and northern NSW over Tuesday and Wednesday.

Severe thunderstorms brought large hail, damaging winds and heavy rainfall to many parts of Queensland and northern NSW over Tuesday and Wednesday.

A number of districts reported giant hail falling in places such as Kumbia, Proston, Cambooya, Southbrook, near Stanthorpe, as well as areas in the New England district of NSW.

Along with receiving 25 millimetres of rain Tuesday and 35mm on Wednesday, they were battered in a hail storm over the two days.

Family spokesperson Teresa Francis said they have avocado orchards over three farms in the district, and the farm she and husband Lindsay live on, has lost 50 per cent of next year's potential crop, along with damage on the other two farms.

"We have not had a full avocado crop since 2017 due to hail storms," Mrs Francis said. 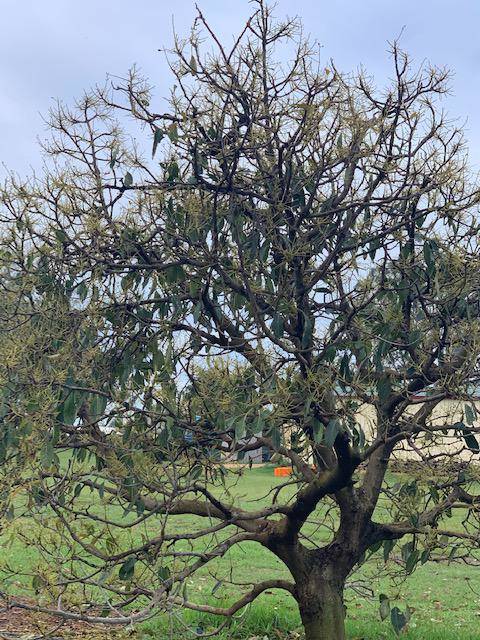 A hail battered avocado tree on the Franics family's farm.

"It really is very disappointing - and although you never get used it - but you really have to roll with the punches to keep going.

"We had nearly finished picking the last of our nectarines so have lost those as well, but luckily our plums are under hail netting and have been saved."

She said it was a great start to summer, giving them some moisture for growing grass.

"We never say no to rain when so much of the state is still dry, but there are always challenges with summer storms and this week was no different," Mrs Somerset said.

Mrs Somerset said she is thinking and feeling about those hit with hail damage and those trying to finish their harvest.

"This has given us a total of 75mm for the week and a little bit of runoff into our dams," Mr Dunlop said.

"We are still looking for surface runoff as our dams are only half full.

"It has certainly been an early start to the summer storms compared to last year, when we had to wait until the end of January this year for the first rain."

CEO of the Burnett Inland Economic Development Organisation Kristy Frahm said she welcomed the 46mm that fell at her property, Bottletree, near Kinleymore.

"Both the North Burnett and South Burnett Shires are absolutely desperate for rain as both areas are still drought declared," Ms Frahm said.

"As well, most producers and irrigators are experiencing significantly low water shortages."

Others who posted significant rainfall on the facebook page "Who Got the Rain" included Rick and Alice Greenup, Cardowan, Ironpot, received 32mm on the back of a previous 25mm..