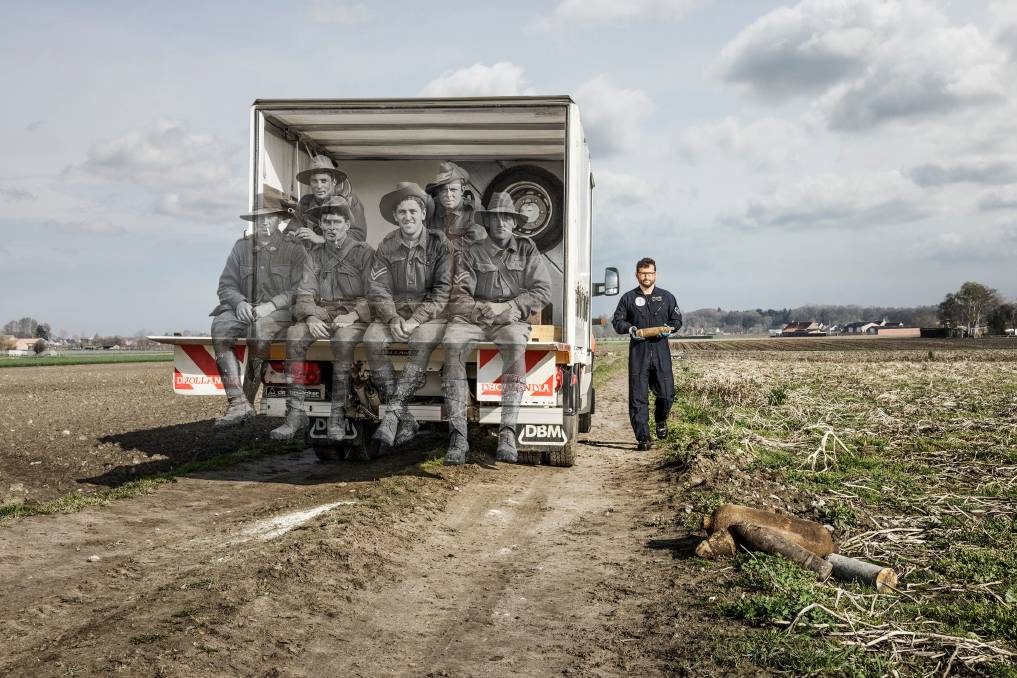 One of the soul-searching images in the exhibition at Tambo's Grassland Art Gallery until November 24.

A highly original photographic exhibition that documents the social aftermath inflicted on Australian society by the First World War is on display at the Grassland Art Gallery in Tambo.

A highly original photographic exhibition that documents the social aftermath inflicted on Australian society by the First World War is on display at the Grassland Art Gallery in Tambo.

Hung in the lead-up to two important commemorative events, Remembrance Day and Beersheba Day, and accompanied by thought-provoking quotes sourced from Australia's archives, the timely exhibition raises the profile of the traumatizing impact of the Great War as suffered by Australia's grieving women and its returned soldiers.

With a narrative of consequences of war, this series of 25 large-format montage photographs features Australia's famed Diggers and the Belgian Army's Flanders-based bomb disposal team.

Produced on the former battlefields of Passchendaele by London based photographer Ian Alderman, he explained that for the population of Belgium's West Flanders, the Great War was still a daily fact of life.

"Despite the terrifying battles that were fought in Flanders over a century ago, the lethal legacy of unexploded ammunition is an ever-present problem" Mr Alderman said. 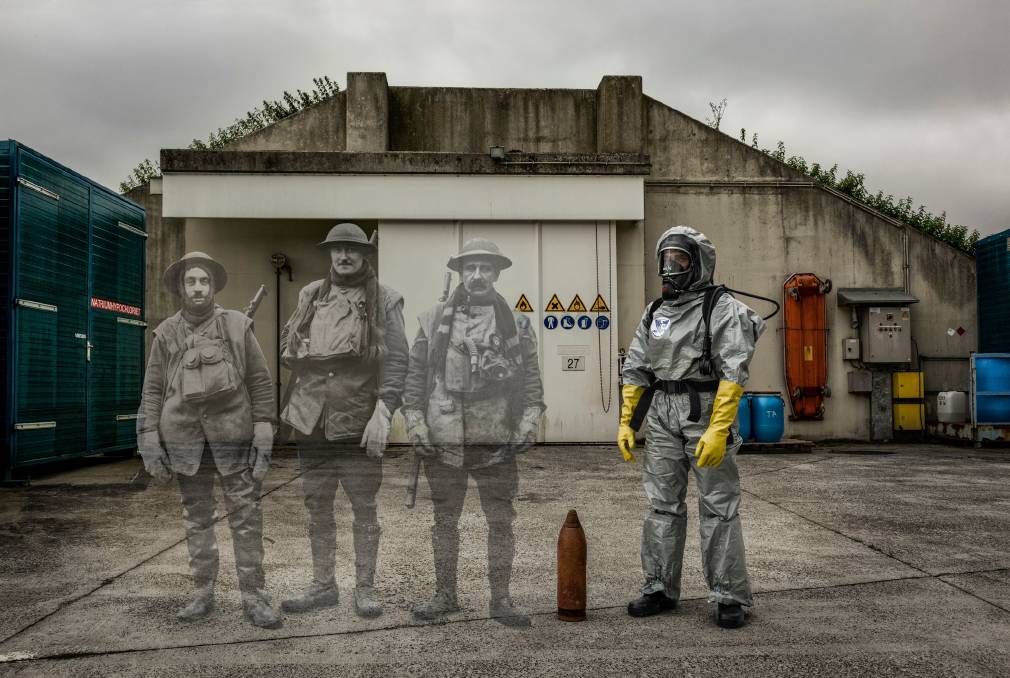 The photographer has used ghostly images of WWI soldiers to help younger generations understand how devastating the physical and psychological consequences of war are.

Coming to a head in the twice yearly 'Iron Harvest' when farmers plough their fields, on average 180 tonnes of unexploded ammunition is recovered and destroyed annually by the authorities."

Ian Alderman is the only artist to have been given full access to the dangerous work and facilities of DOVO-SEDEE, the Belgium armed forces bomb disposal team responsible for clearing the ordinance.

The exhibition is touring Australia after having previously been exhibited at the Palais Des Nations in Geneva, Switzerland and the In Flanders Fields Museum in Ypres, Belgium.

Ian Alderman said it has taken him six years to produce the exhibition and bring it to Australia.

"I've created it with our younger generations in mind," he said.

"So that we may never forget how truly devastating the physical and psychological consequences of war are."

Recovering The Past went on display at the Grassland Art Gallery from October 1 and will remain open until November 24. It's free for all to attend.